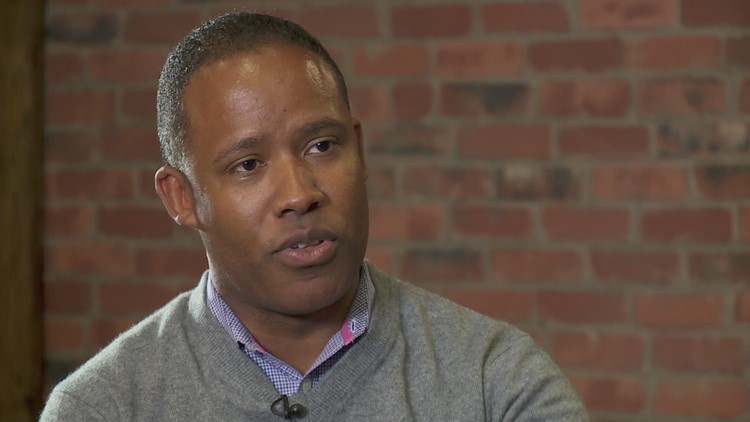 NEW ORLEANS — Two top city officials met with the media Friday to explain why Mayor LaToya Cantrell signed a $50,000 contract with former U.S. Attorney Kenneth Polite last week, saying they sought an outside investigation of the city’s permitting office in response to a federal bribery probe last year, but calling Polite’s work an “assessment” of “systemic issues,” not a duplicate criminal investigation.

“The reason there’s an assessment ongoing (is) to figure out what exactly is happening in the department, what improvements need to be made, and that’s across the department in its entirety,” City Attorney Sunni LeBeouf said.

After WWL-TV received public records showing Polite and his firm, Morgan Lewis & Bockius, were specifically engaged “in connection with an internal investigation of possible bribery and related misconduct,” local corruption watchdog the Metropolitan Crime Commission questioned why the city was spending $50,000 in taxpayer money to duplicate a publicly announced criminal investigation by federal and local law enforcement.

Richardson pleaded guilty in October to taking $65,000 in bribes to usher through building permits and in turn bribed a permit analyst who was still employed by the city.

Asked on Tuesday if Polite was hired to investigate criminal activity or to look at administrative functions in the permitting office, Montano said he couldn’t say.

But on Friday, Montano emphasized that Polite was looking at “systemic issues” and improving protocols.

“What Mr. Polite is really concentrating on from our perspective are some of the systemic problems that have lived and breathed and resulted within that agency and in some cases eroded portions of that agency.”

For example, he said too many builders were communicating directly with city inspectors.

“No contractor should be directly contacting inspectors,” Montano said. “And there should certainly be memorialized procedures in place related to that.”

Montano also said Polite could help the administration weed out “bad actors” who may remain in the permitting office.

“There’s good actors and there’s bad actors,” he said. “I want to make sure I’m ferreting out the correct individuals, because not everybody in that agency is corrupt, not everybody that’s doing inspections have these systematic problems that are involved. There’s some really good and hardworking people.”

But when LeBeouf was asked if anyone suspected of bribery was still working in the Safety & Permits Department, she suggested it was limited to Richardson.

“The only instance of bribery we’ve seen is someone who was indicted who was terminated back in 2015. I can’t speak to anything over and beyond that,” she said.

The permit analyst who Richardson allegedly bribed has been identified as Richella Maxwell, who was suspended by the city. Asked if she still worked in the office, LeBeouf declined to comment on personnel matters.

The Lens reported last week that Maxwell resigned and received back pay for her suspension in a settlement with the city. Larry Chan, another longtime employee suspended as a result of the criminal investigation, also settled with the city and retired, The Lens reported.

But city records show the first documentation of Polite’s engagement was Nov. 1, and LeBeouf didn’t approve a special process for hiring Polite without a public bid until she sent the city’s procurement office a memo on Nov. 26.

“At the time of the Hard Rock it became clear that this was something we wanted and needed to expedite following the collapse,” LeBeouf said. “So, certainly there was reference to it, but you’ll see that the contract in no way references the Hard Rock specifically.”

It's not clear what role city inspectors may have played in the construction failures that led to the construction collapse that killed three workers. The New Orleans Inspector General has already said the criminal investigation of Safety & Permits is looking at the Hard Rock collapse. WWL-TV has also reported about city inspections that approved the pouring of heavy concrete on the building’s 18th floor rooftop while some workers were questioning the size and location of steel support beams and columns, the removal of temporary shoring posts and deflection of the floors just below.