the operations have cost the Coast Guard roughly $7 million and contractor Couvillion about $24 million so far. 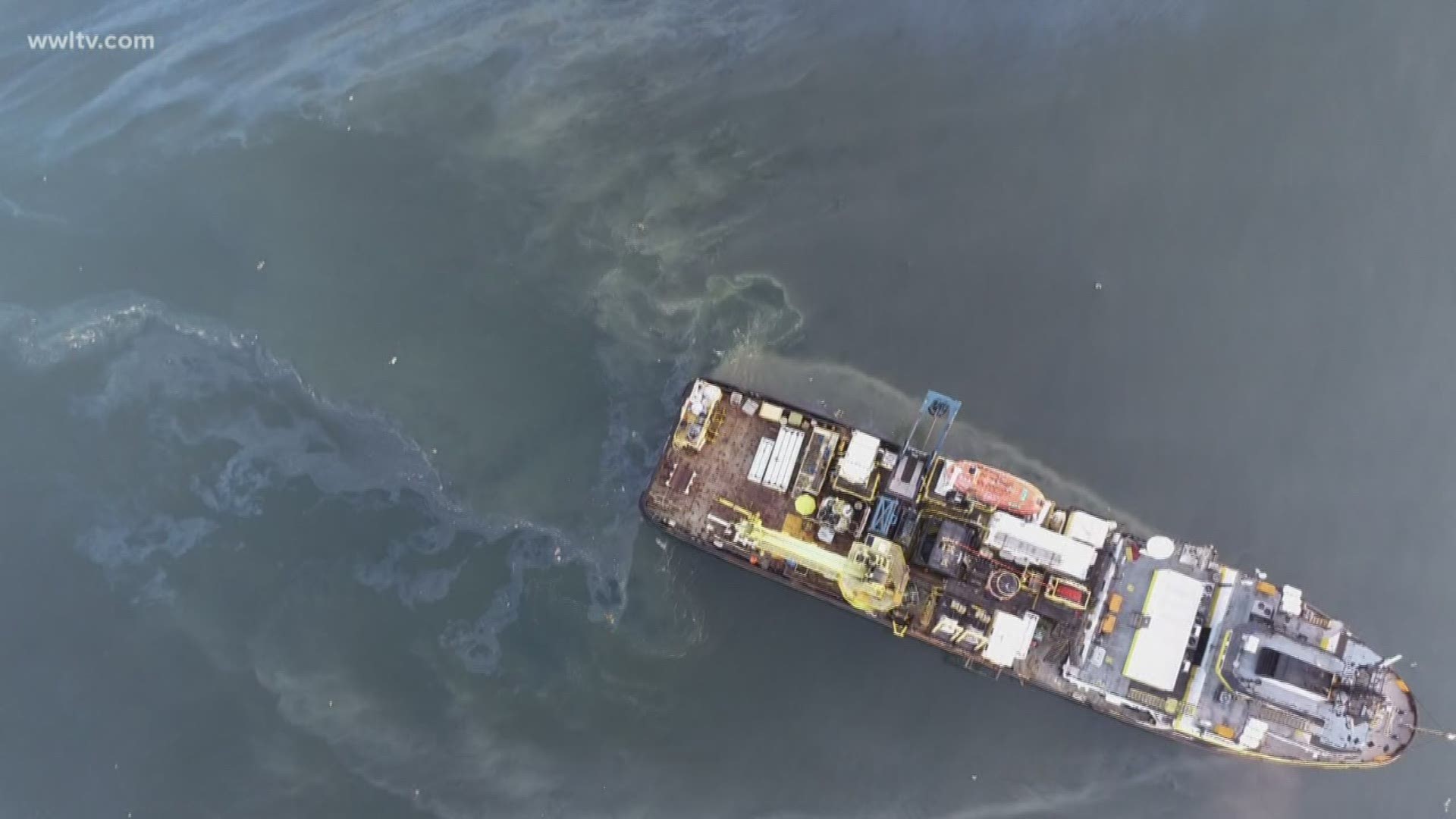 NEW ORLEANS — The Coast Guard says the effort to contain the longest-running oil spill in U.S. history has cost $31 million so far, a cost that will eventually fall to New Orleans-based Taylor Energy to pay.

The Coast Guard seized control of the containment operations from Taylor last October, more than 14 years after Hurricane Ivan toppled a Taylor oil and gas platform 12 miles off the mouth of the Mississippi River and started a slow leak into the Gulf of Mexico.

For more than a decade, the Coast Guard accepted a consensus from industry and government scientists that the spill was minor and came from remnants of oil buried under a mudslide, not any actively leaking wells. But the Coast Guard suddenly changed its position last year when several scientific studies concluded the spill was as much as 1,000 times larger and was coming from actively leaking wells.

The Coast Guard rejected Taylor’s own containment plans and hired Belle Chasse-based Couvillion Group in November to build and deploy a new kind of containment dome.

Instead of placing a house-shaped box on the sea floor, where mud had gummed up previous containment efforts, Couvillion designed a structure like a box top and placed it on a ledge, or “porch,” hooked onto the side of Taylor’s toppled platform. That way, the containment device could sit 7 feet off the sea floor and not sink into the loose sediment.

Coast Guard Capt. Kristi Luttrell announced that was successful May 26, collecting more than 30,000 gallons of oil since its deployment in April. Couvillion owner Timmy Couvillion said last week the system had now collected more than 50,000 gallons at a clip of 1,000 to 1,300 gallons per day.

The collected oil is stored in large storage tubes sitting on the platform support structure. The oil can be pumped off to boats and transported to shore to be sold at a recycled oil rate.

Luttrell said the oil belongs to the U.S. government and sales will be used to reimburse Couvillion for its expenses. She said the operations have cost the Coast Guard roughly $7 million and Couvillion about $24 million so far.

By federalizing the spill response, Luttrell can tap into the Oil Spill Liability Trust Fund to cover costs. Oil companies pay into the fund when they pay pollution fines. But ultimately, Taylor is responsible for paying the costs of containing its spill.