U.S. Bankruptcy Judge Meredith Grabill rejected the archdiocese’s argument that the church’s interests were “intertwined” with those of the accused priests

NEW ORLEANS — A federal bankruptcy judge has ended a stay that was blocking purported victims of child abuse from taking sworn testimony from their alleged abusers while the Archdiocese of New Orleans seeks financial protection.

The church has used its bankruptcy proceedings to fight to keep two elderly priests, whom the archdiocese acknowledges are likely child molesters, from having to testify in civil lawsuits that accuse them of sexually abusing minors decades ago.

But U.S. Bankruptcy Judge Meredith Grabill rejected the archdiocese’s argument that the church’s interests were “intertwined” with those of the accused priests, Paul Calamari, 76, and Lawrence Hecker, 89, and that allowing either to be deposed would divert attention and resources from the archdiocese’s Chapter 11 case.

The ruling could set up explosive and damaging testimony under oath from two of the roughly eight surviving diocesan priests whom Archbishop Gregory Aymond has named as suspected child molesters. Court filings suggest that the plaintiffs’ legal would seek to use the questioning in part to determine how church officials — including Aymond and his predecessors — managed Calamari and Hecker after learning of the allegations against them.

Both former priests deny the plaintiffs’ abuse claims and have also contested the need for them to be deposed.

But an attorney for Calamari on Wednesday said his client would abide by Grabill’s ruling. Hecker, meanwhile, in a clear sign that he’s concerned about potential criminal charges, has previously said he intends to invoke his Fifth Amendment right against self incrimination if deposed. Nonetheless, he must appear for the deposition when it’s scheduled or risk being held in contempt of court.

The legal saga involves a lawsuit that a plaintiff identified only as James Doe filed against Calamari and the archdiocese in Orleans Parish Civil District Court. Another purported victim, identified as J.W. Doe, also filed suit against Hecker and the church.

The suits were transferred to federal court after the archdiocese’s May 1 bankruptcy filing. The proceedings then were automatically stayed, with bankruptcy protection allowing the church to get its ledgers in order while shielded from creditors.

But attorneys for the victims argued it was imperative to take testimony from Calamari and Hecker “due to their advanced age and a fear that those priests may pass away prior to the resolution of the archdiocese’s bankruptcy case,” Grabill noted in her order this week.

In fact, a co-defendant in the lawsuit against Calamari, Michael Fraser, died during the course of the case. Fraser is also a credibly accused child molester, the archdiocese has said.

Grabill also said the automatic stay is a bankruptcy court protection afforded to the archdiocese, but not to individual priests.

The archdiocese removed Hecker and Calamari from public ministry in 2002 and 2003, respectively, before Aymond became New Orleans’ archbishop in 2009.

The Diocese of Wilmington, Del., where Calamari was at the time, notified the public of Calamari's removal in 2006. The church didn't alert the public of Hecker's removal until November 2018, when it also acknowledged that it had deemed credible the molestation allegations that triggered the removals of both priests.

For years after their removals, Hecker and Calamari continued receiving financial support from the archdiocese, which cited ethical and legal obligations to provide such support for any priests who paid into the clergy retirement fund. In May, Grabill ordered those payments discontinued for any retired priests who were considered credibly accused, though she allowed the church to continue paying them medical benefits. 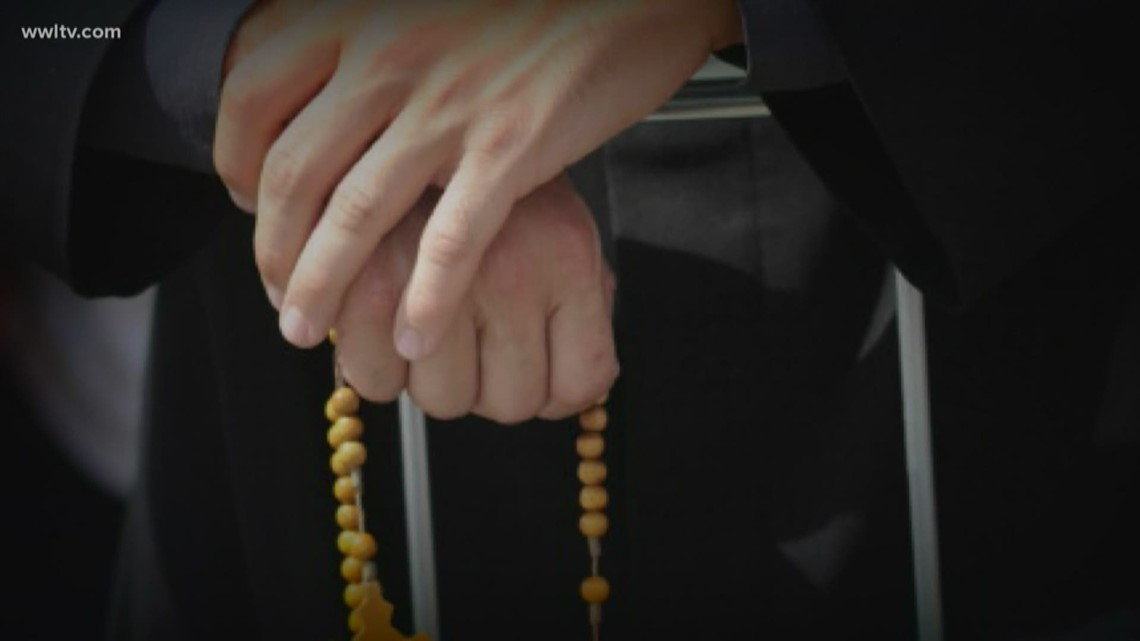 Losing Faith: The Church Sex Abuse Scandal
Here is a list of the stories from our ongoing series about claims of abuse by Catholic clergy and how the Archdiocese of New Orleans has handled them. NEW ORLEANS - Eyewitness Investigator David Hammer has been following the Church sex abuse scandal with a number of investigative reports that are still ongoing.

CLARIFICATION: This story was updated to clarify that the Diocese of Wilmington, Del., notified the public of Paul Calamari's removal from public ministry in 2006.