It takes approximately 1,100 megawatts to light the entirety of New Orleans. 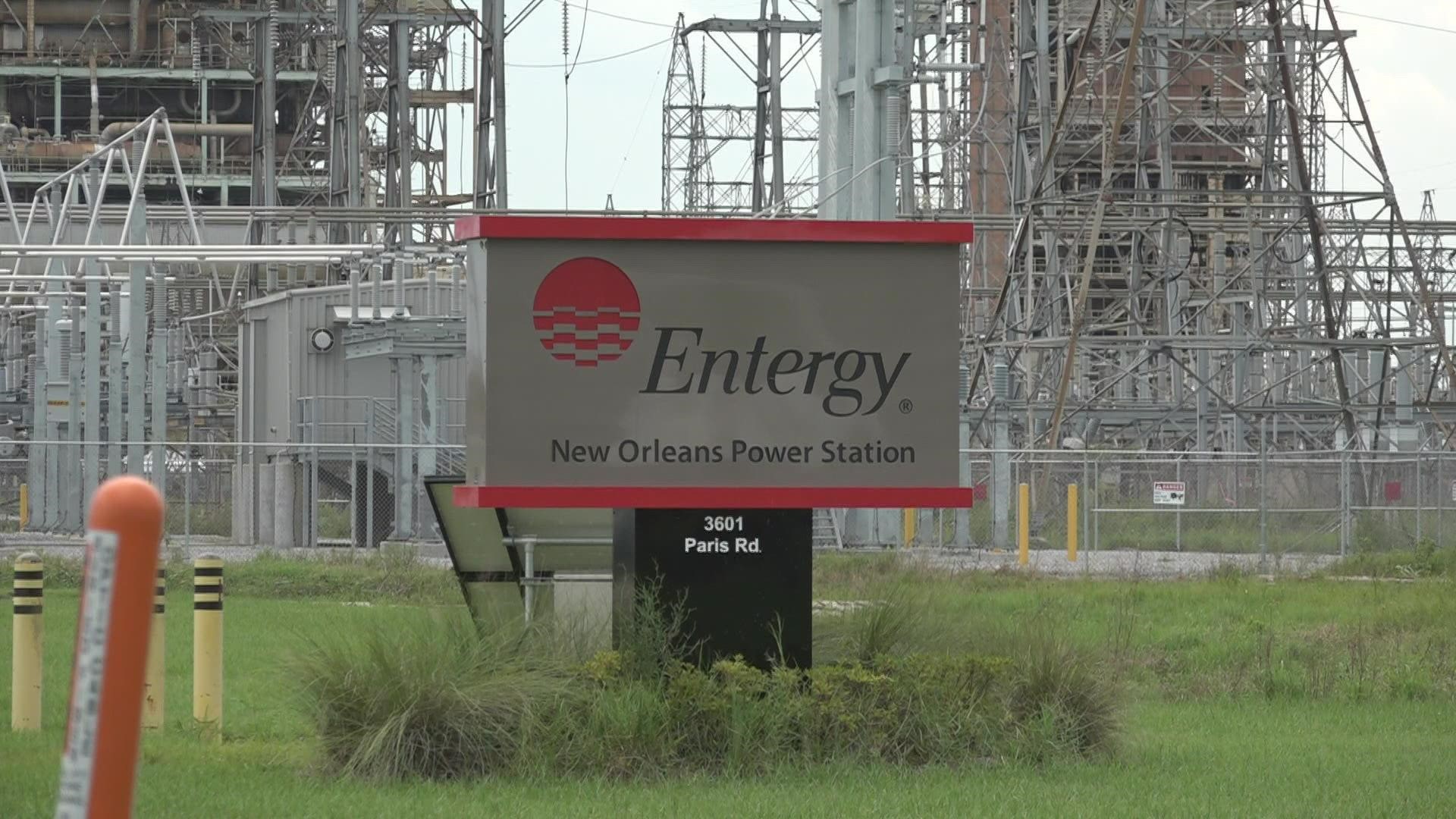 NEW ORLEANS — A high-voltage transmission line from Slidell began delivering power from the outside world to the New Orleans area Wednesday morning, a significant breakthrough in the utility’s efforts to restore power after Hurricane Ida knocked out all electricity.

In a conference call with reporters at about 10 a.m., Entergy Louisiana CEO Phillip May and Entergy New Orleans CEO Deanna Rodriguez explained that the new New Orleans Power Station in New Orleans East is being used to ration the power coming in from Slidell in bite-sized pieces, up to 128 megawatts.

But neither Entergy subsidiary boss could explain why the power station was not able to "black start" and provide internal power to the area before it was fed by the line from Slidell. The power station opened in 2020 after years of controversy and approval from the New Orleans City Council based on promises from Entergy New Orleans that the new station "could be a tremendous benefit if New Orleans is electrically 'islanded' from the rest of the interconnected transmission grid."

The focus now is to use the power station as a way to manage the power load from Slidell. May, who is an engineer, said as power comes in from the Slidell high-voltage line, engineers must bring up individual circuit breakers of 8-10 megawatts each, one at a time.

What’s more, even if all of the breakers are active at the new power station in New Orleans East, it can only deliver 128 megawatts, or about 11 percent of what the city needs.

That’s why the two Entergy officials say their goal is to “move power west” from the Slidell line through New Orleans East to what May called “the chunkier power station” at Nine Mile 6 near Bridge City on the West Bank of Jefferson Parish, which produces 655 megawatts and can deliver it to the West Bank and across the river to Uptown New Orleans.

The next step is to bring high-voltage power in from the west, from the Waterford 3 nuclear power station.

One of the lines from Nine Mile Point feeds to a tower at Avondale Shipyard, which is supposed to send power across the Mississippi River to Harahan, River Ridge, Elmwood and on to Kenner. That will not be available anytime soon because the tower in Avondale collapsed into a crumpled heap in Hurricane Ida’s high winds.

The two Entergy subsidiary CEOs offered no specific timetables for bringing power to specific areas, but they assured local leaders that their parishes will not be left out.

There are at least 25 substations in the city of New Orleans, but dozens more in the surrounding parishes that also have to be fed with transmission power.

“Entergy is not interested in getting somebody on before somebody else,” St. Bernard Parish President Guy McInnis said at a morning news conference. “They want to get everybody on. They're working hard to get your electricity on."

May said even with power from the grid coming in, the local power stations in New Orleans East and at Nine Mile Point must act as “shock absorbers” to get the power out safely.

He likened the process to carrying a cup of water upstairs: “If you carry a cup of water up to brim, that’s tough to do without spilling a drop. That line provides us that inch of room before it gets to the brim.”

Rodriguez said that as of 9:49 a.m., 11,500 customers in New Orleans had power, including homes in the Little Woods subdivision of New Orleans East, the VA Hospital in Mid-City and the New Orleans Fire Department.

That number did not increase by the late afternoon Wednesday.