Entergy NO CEO: New power plant could get electricity back to hospitals in 3 days, 'God willing.'

Entergy saw all eight of those entry points, which are like superhighways of electricity go down in Hurricane Ida. 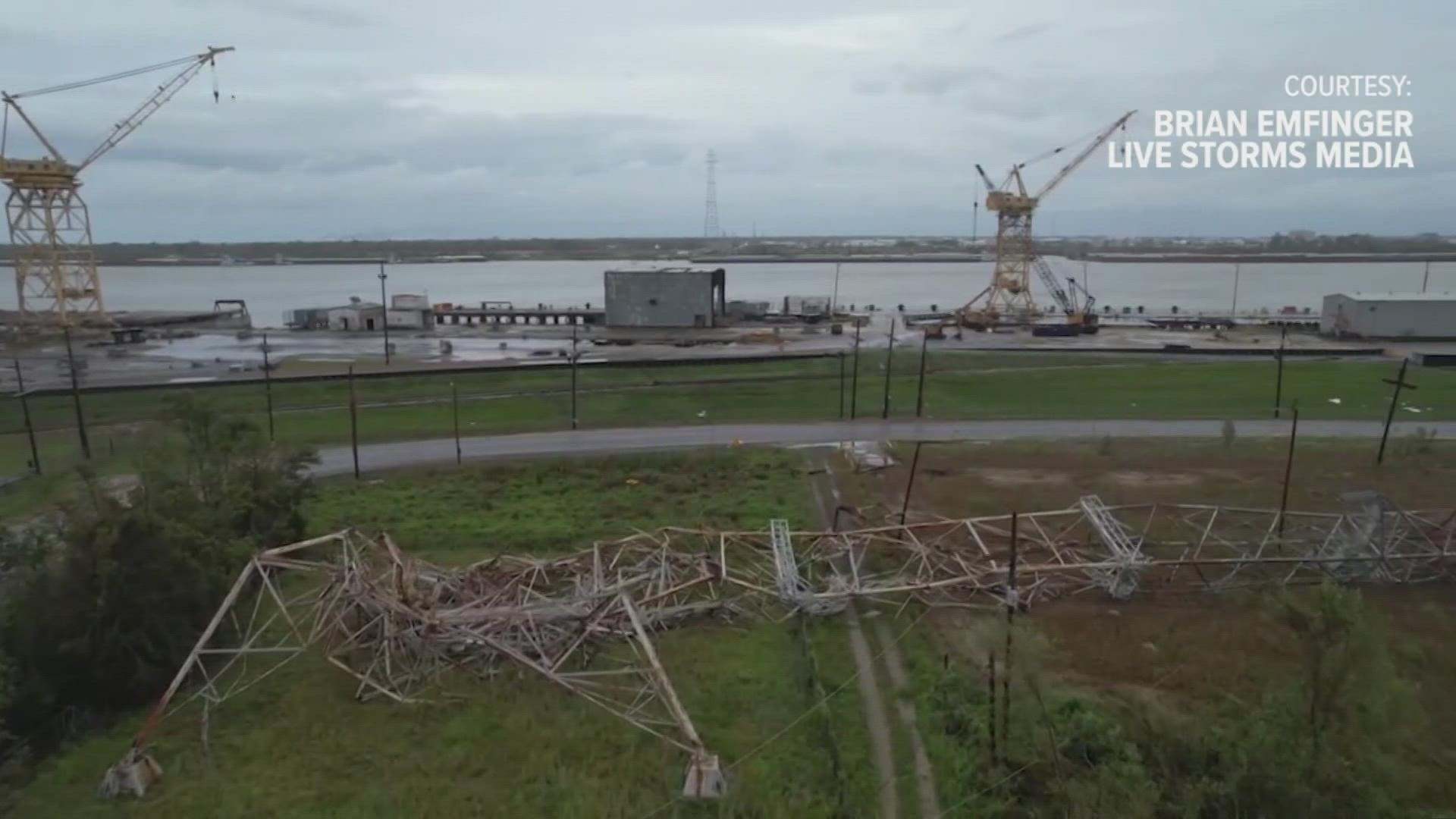 A little more than an hour later, Mayor LaToya Cantrell relayed an even bolder promise from Entergy: that some of the high-voltage transmission lines feeding the New Orleans area from the outside world could come back online by Wednesday afternoon or evening.

Cantrell warned that would not bring the entire city back up and running. Getting power from the outside world would allow Entergy restoration crews to turn their attention to fixing the internal distribution system.

Meanwhile, Entergy is still working on generating its own power locally, on what the company calls an "island."

The new power plant in New Orleans East, known as NOPS, is key to that effort. It opened in 2020 after years of controversy. It provides 128 megawatts of electricity from within what Entergy calls the “island” of the southshore metro area. Entergy touted the plant’s ability to “black start,” or fire up quickly when power from eight transmission feeders cannot deliver any electricity to the “island” from the outside world.

“If we didn't have NOPS we would be out for 10 days or two weeks or three weeks. It would be the situation that happened in Lake Charles (in Hurricane Laura) as opposed to the next two or three days, God willing, that we'll be able to have the city back up with power. So I think it is very valuable to have local generation. And I'm certain that customers, if they understand that, will appreciate the value of that as well."

Entergy saw all eight of those transmission line entry points, which are like superhighways of electricity coming into southeast Louisiana from the east, west and north, go down in Hurricane Ida. But a day and a half after the storm cleared, NOPS isn’t delivering any power.

That is angering many residents, who remember an “astroturfing” scandal in 2018, in which Entergy paid actors to fill the City Council chambers – keeping some residents out -- to press the city council for approval for the new power plant. Entergy was fined $5 million by the city for the scandal, but the council, including LaToya Cantrell before she became mayor, approved the new plant and an extra $10 on customers’ monthly bills to pay for it.

Now that Cantrell is mayor, I asked if Entergy delivered on its promise.

“You know I can think back to what they said back then, but I have to deal with what's before me right now,” Cantrell said. “But we don't have power. Lines went down. Contingency plans failed.”

“We will have power back up faster than if we didn’t have it,” Rodriguez said.

Cantrell said she had received no timelines from Entergy for restoring power, either to the hospitals or to the whole city.

Entergy said the assessment of damages will take four days. Rodriguez later said she hoped to use NOPS and another source of about 500 megawatts at Nine Mile Point on the West Bank to deliver more than 600 megawatts to start getting power back in short order.

Entergy issued a statement Monday explaining why it could not use the new power station in the East right away.

"New Orleans Power Station is operational and available to generate power. However, we are dealing with transmission constraints because of the damage to all eight major transmission lines that deliver power to the area. The reason we need the transmission lines to be fixed first is because we need a way to deliver the energy from the plant to customers."

But Rodriguez clarified that Tuesday. She encouraged people to think of the eight transmission lines that failed as “superhighways” coming into the New Orleans area from the outside world. She said those are separate from smaller transmission lines, equivalent to local “highways,” that are needed to get the self-generated power from NOPS and Nine Mile Point to customers.

Then, there are linemen working to restore the distribution system, which is equivalent to the “boulevards” and “local streets,” to get the power to homes and businesses.

It will take approximately 1100 megawatts of electricity coming in or being produced to have enough to restore power to all customers in the city, Rodriguez said.