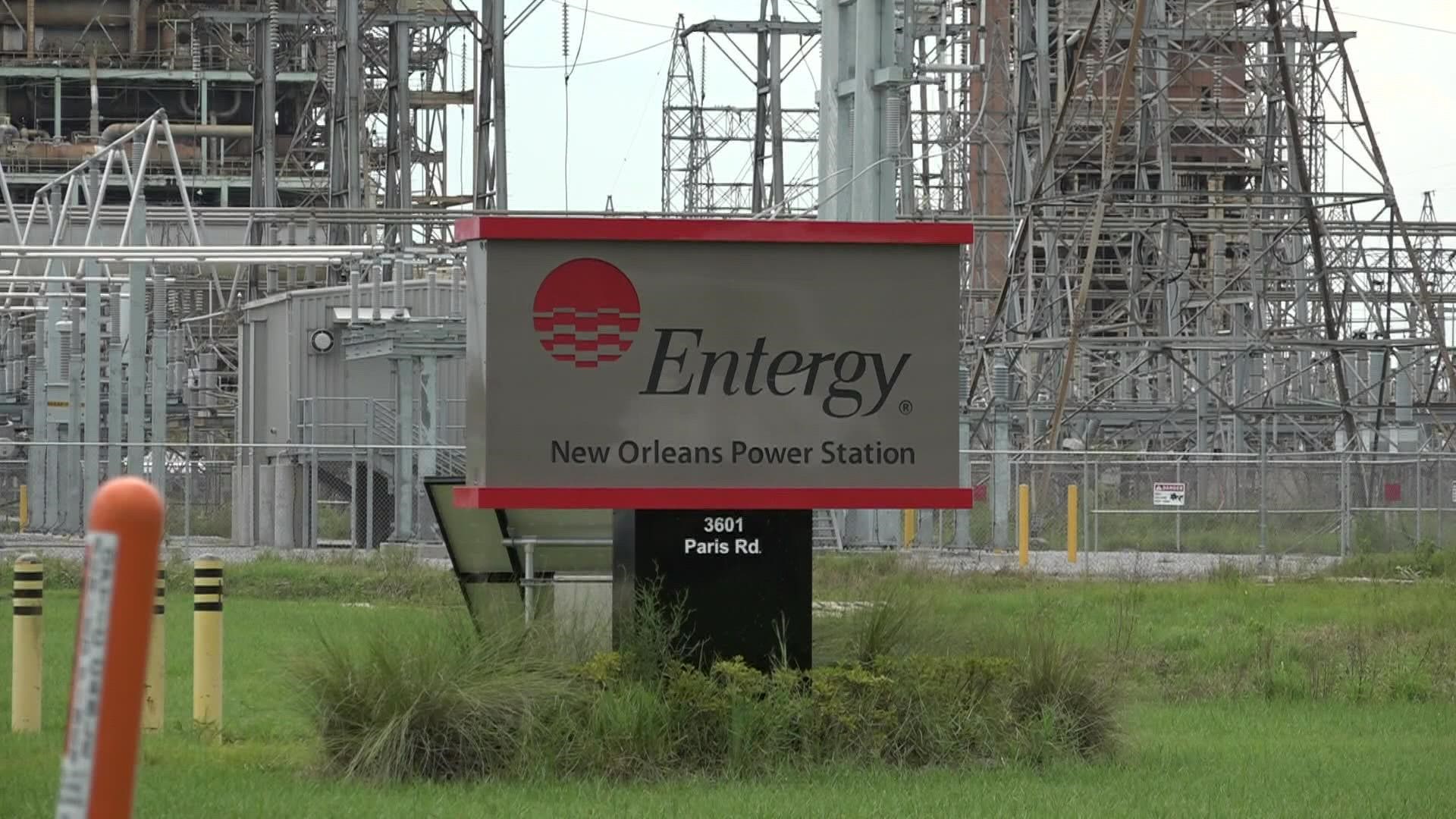 NEW ORLEANS — As power is restored to small pockets of Orleans, St. Bernard and Jefferson Parishes four days after Hurricane Ida, questions persist about why a new Entergy power plant was not used as utility officials had promised before it was built.

Since the day after Hurricane Ida rendered the whole south shore of Lake Pontchartrain an “island” without power, WWL-TV has been asking Entergy officials why the utility company didn’t use its New Orleans Power Station’s highly touted “black-start” capability to generate its own electricity during a total blackout.

The explanations shifted over the days – from saying the plant required power from one of eight high-voltage transmission lines from the regional power grid, to saying NOPS could fire up on its own but that doing so would not be the best and safest way to get electricity to customers.

“Can I start my car up and drive down Interstate 10 with all the debris we see on there with no spares? Oh, you can absolutely do that. But is that the right thing to do?” Entergy Louisiana CEO Phillip May said Thursday morning. “If you can do that and load up spares in your back of your trunk and then make that trip? That obviously is the better course of action.”

That “better course of action” in May’s analogy referred to bringing high-voltage power in from a transmission line through Slidell to NOPS, where the power station could act as a “switching station” to dole out the power in 8-to-10-megawatt portions – approximately 1 percent of the total power needed to run New Orleans.

“The best way of assuring we can rapidly bring up power in the greater New Orleans region is the path we chose with a source out to the east,” May said.

NOPS has been operating a little over a year. According to Entergy’s latest report to the New Orleans City Council Utilities Committee, NOPS ran 10 to 12 hours a day on most days during its first year as it fed power to the regional power grid, MISO, the Midcontinent Independent System Operator.

That process essentially was reversed to restore the first bit of power in the New Orleans area, with power coming into NOPS from the regional transmission system. Entergy officials used various means of communication to trumpet the critical role NOPS played.

“I think it is very valuable to have local generation,” Entergy CEO Deanna Rodriguez told WWL-TV on Aug. 31. “And I'm certain that customers, if they understand that, will appreciate the value of that as well.”

On Sept. 1 Entergy sent a mass text message to customers about the role NOPS played, which read in part: “The plant is performing as designed and is bringing power back to the metro region.”

New Orleans City Council President Helena Moreno, who oversees the regulation of Entergy New Orleans, disputes that. She pointed to testimony from the utility’s former CEO, Charles Rice, when he urged the City Council to approve higher charges for customers to pay for the construction of the plant.

“The unit will also include black-start capability, which will enable the company to start the unit even when there is no power on the electric grid,” Rice said, according to his written testimony. “This will give the company the ability to restore electric service, should a complete loss of service occur. This could be a tremendous benefit if New Orleans is electrically ‘islanded’ from the rest of the interconnected transmission grid, as it was after Hurricane Gustav.”

Rice declined to comment when reached by phone Thursday.

Moreno also said Rice’s description didn’t match the explanation the City Council received from Entergy this week. She and fellow City Councilman Joe Giarrusso said Entergy officials told them for the first few days after the storm that NOPS needed power from the grid or from somewhere else within the system to start up.

Adding to the controversy over how Entergy sold the City Council on higher rates to pay for NOPS, the utility paid actors to pack the City Council chambers in 2018 and claim the station would create good-paying jobs. The council fined Entergy New Orleans $5 million for that.

The large parking lot at the NOPS facility was empty Wednesday as the station received the power from MISO. Entergy spokeswoman Lee Sabatini a staff of 10 employees were inside working on distributing that power.

The City Council members said they had other concerns about NOPS, including wanting an accounting of how much power was being fed through NOPS for the Hurricane Ida restoration. Entergy says the plant can handle up to 128 megawatts, or about 11 percent of the 1100 megawatts needed to run the whole city.

Only New Orleans customers are paying for the construction of NOPS with an extra $11 per month fee, but power from NOPS is also going to Entergy Louisiana customers outside the city of New Orleans, including Arabi in St. Bernard Parish.

May said Entergy can’t worry about that while trying to restore power as quickly and safely as possible.

“When we power a facility, electrons do not really respect regulatory or jurisdictional boundaries,” the Entergy Louisiana CEO said. “They go to where the power can be served.”

Moreno said that while she has tough questions for the powers-that-be at Entergy, she has only praise for the 21,000 linemen and engineers working tirelessly to restore the high-voltage transmission corridors, substations and the distribution system of power poles and lines to get power back to more than 900,000 customers who lost their electricity in Ida.

“I don't want to lose sight of the fact that we are extremely grateful to the men and women who are on the ground right here in New Orleans, working day and night around the clock to restore our power,” she said.