Accused of molesting several girls over decades; man has never been sentenced to jail for it

Tim Gemelli has been accused of molesting young girls for nearly 40 years in Louisiana, Texas and now Colorado. 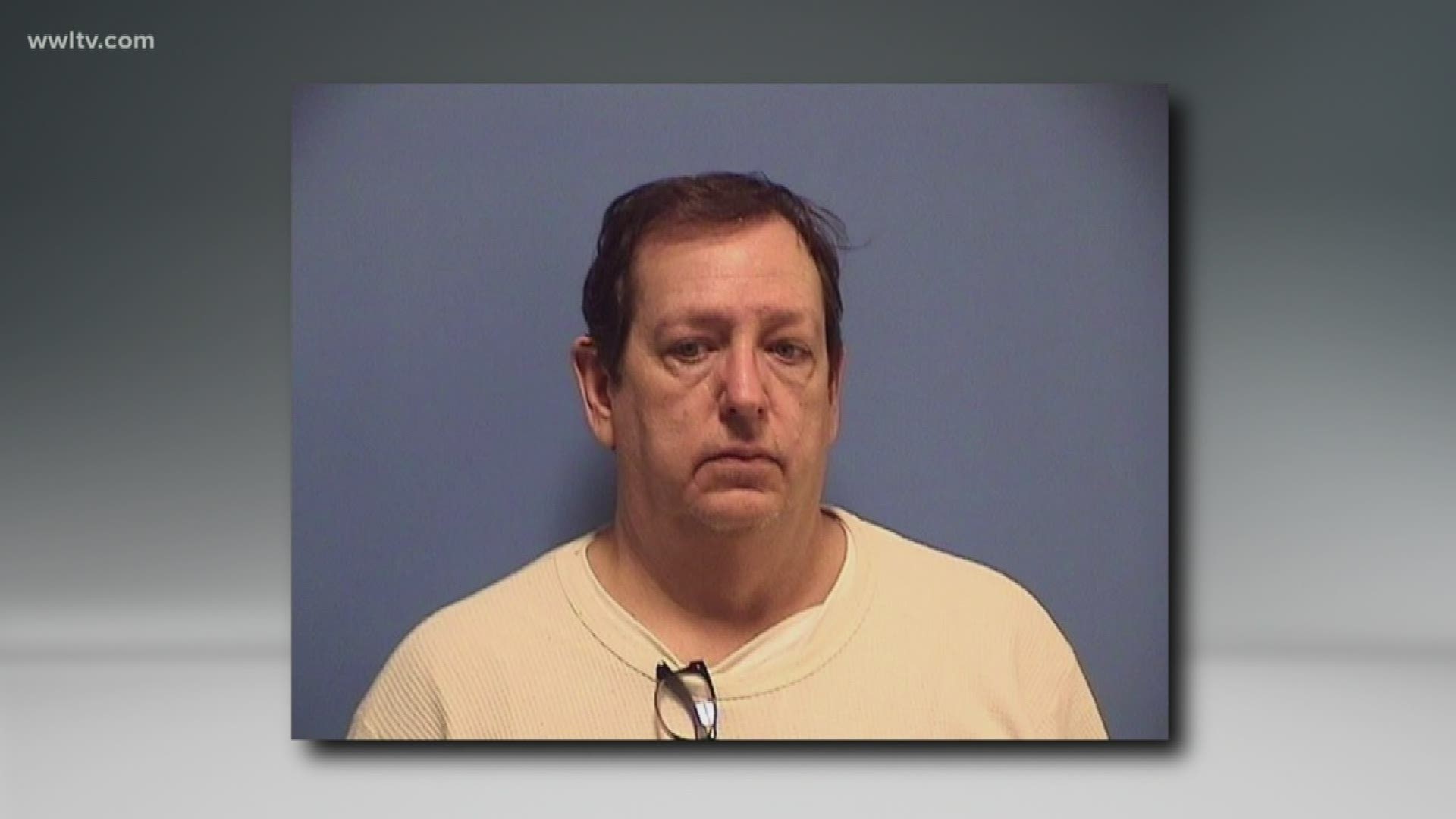 NEW ORLEANS — A New Orleans-area man who has faced accusations of child molestation for the last 38 years is back in jail in Colorado, this time awaiting trial on four counts of child sexual assault and a count of child abuse.

Despite a decades-long pattern of similar allegations involving 10 alleged victims in four states, the latest case against Slidell’s Timothy Mark Gemelli, 56, is far from open-and-shut.

As the #MeToo movement has emboldened women to come forward and several states have moved to extend or get rid of deadlines for filing criminal charges, Gemelli’s story raises serious questions about how far back prosecutors should be allowed to reach into a defendant’s past.

As a 19-year-old in 1981, Gemelli was charged with committing a lewd and lascivious act on a 6-year-old girl. But he pleaded guilty to indecent behavior with a juvenile and received a six-month suspended sentence, getting out of jail on the condition that he seek help at a mental health clinic.

That was before there was such a thing as a sex offender registry, before some sex crimes that don’t involve intercourse were considered felony rape.

That first case against Gemelli was followed by a slew of allegations from girls who weren’t born until years later and claimed to not know anything about Gemelli’s history when they first accused him.

Allegations in the 1990s that he molested three different girls, including his own daughter, were recorded in court records in Massachusetts and lodged in sworn statements to police in Texas, but led to no formal charges.

Allegations that he molested another daughter in Louisiana in the early 2000s did lead to his arrest on a charge of aggravated incest in 2017, but a St. Bernard Parish jury acquitted him at a trial this January.

Now, alleged victims from Gemelli’s past are pledging to help five more women and girls who have recently made allegations against him in Colorado. They are hoping a society that’s grown more intolerant of sexual misconduct and backed tougher sex-crime laws will make a Colorado jury more receptive than the Louisiana one that recently found Gemelli not guilty.

“The main thing, no matter how uncomfortable this is for me, is that I just pray every day that someone does something to protect the little kids,” said Rhonda Bordelon, 44, the 6-year-old victim in the 1981 case.

“It literally destroys families,” Bordelon said. “It's destroyed mine. It's literally gotten to a point where I've fought to survive.”

Ashley Petty, 31, is Gemelli’s oldest daughter. Her mother was Gemelli’s third wife, Martha, who died in a house fire in Chicopee, Mass., in 1992, after the couple had divorced. Court records show Gemelli fled with the children to Mississippi and Texas while fighting with his ex-wife’s parents over insurance proceeds and custody of Ashley and her brother T.J.

Ashley claims her father repeatedly molested her in Mississippi and Texas, between the ages of 3 and 7.

“He would hold me and put his hand down my pants and tell me, 'This is what daddies do for their princesses.' And I was always Daddy's little princess,” Petty said.

Court records indicate Ashley was also molested by her maternal grandfather. Now living in Indiana, she says those experiences have shattered her self-confidence and had a lasting impact on her ability to have healthy, trusting relationships with men.

She said she struggles talking about her father but vowed to testify in Colorado if she’s asked.

“If it keeps him from hurting anyone else, I'll do whatever it takes,” Petty said.

Gemelli was charged in St. Bernard Parish in 2017 with aggravated incest for allegedly molesting his youngest daughter, Destiny Gemelli, when they lived in Chalmette, east of New Orleans. Destiny, now 21, alleged her father would touch her privates while bathing her and her friends, and later while showering with them.

“I just remember the feeling of the soap burning and asking him to let me wash myself. And he would say I couldn't, because I wasn't doing it good enough and he would have to do it,” she said.

She also alleged he touched her when she would come sleep in her parents’ bed.

“Just laying in the bed and watching my mom get ready for work, and we're laying there and he had his hand in my pants,” Destiny said.

At an eight-day trial in January, Gemelli’s defense attorney, Gary Wainwright, highlighted inconsistencies in testimony by Destiny and her mother, Gemelli’s fourth ex-wife, Kim. He also challenged testimony and statements in police interviews by three of Destiny’s friends from Colorado, whose ages range from 16 to 21 and also claim Gemelli molested them.

Wainwright said the same societal and legal changes women and prosecutors are now cheering have been devastatingly unfair for defendants like Gemelli, ruining their reputations by lending credence to historic claims with little or no evidence behind them.

Wainwright said Louisiana’s sex-crime laws, with a statute of limitations extending 30 years after an alleged victim turns 18, have given new life to false claims from Gemelli’s past and allowed prosecutors to criminalize normal parenting behavior.

“You have a person with a successful business, a successful life, whose teenage daughter makes an absolutely inane accusation, which literally was, I now remember that my father used to give me baths,” Wainwright said.

Wainwright acknowledged his client has a temper and was verbally abusive to Destiny, often telling her she was a disappointment. But at trial, Gemelli’s lawyer raised doubts about the claims against him by suggesting Destiny had heard about the past allegations and fabricated her own to get back at him for cutting her off financially in January 2017.

But Destiny presented prosecutors with a letter she sent to her father in September 2015 - a year and a half before her father cut her off - that directly accused him of molesting her when she was younger. She also got Facebook messages in October 2015, from a woman she never met, who claimed Gemelli had molested her when she was little.

That woman’s mother, Renee Crooks, filed a sworn statement in Harris County, Texas, in 1994 alleging Gemelli had molested Erin and her younger sister, Brittany. The document says her claims were reported to the sheriff’s office there, but no charges were filed.

“I'm not in a position to comment on the validity of alleged accusations that were made that Mr. Gemelli was never arrested for, or charged with, or tried regarding,” Wainwright said.

Destiny was disappointed that St. Bernard assistant district attorneys never presented the letter or the Facebook messages to the jury to counter Wainwright’s arguments. Ashley Petty and her brother, T.J., a police officer in Indiana, were in the courtroom, but were never called to testify.

Prosecutors told WWL-TV they didn’t think those additional documents and testimony were needed to win the case. They didn’t win. After four hours of deliberations, the six-person jury found Gemelli not guilty.

“I can understand this emotional argument of #MeToo or #YouToo and we want to claw back into the past,” Wainwright said, but then pointed out the movement’s limits. “And this is one of the examples of … this insanity.”

No sooner had Gemelli won the St. Bernard case than he was jailed in St. Tammany Parish, north of New Orleans, on suspicion of molesting two of Destiny’s friends between 2011 and 2016, when the Gemellis lived in Slidell.

But while those allegations were being reviewed by the district attorney, Gemelli was extradited to Colorado and formally charged there by Boulder County prosecutors based on incidents that allegedly took place between 2003 and 2011, when the Gemellis lived in Longmont, Colo.

Three of Destiny’s friends went with Destiny to the Longmont Police Department on the same day in 2017 and made statements: Sarah Johnson, 21, along with Jaden Forsythe and Abi Watson, two sisters who are 17 and 16 now.

Jaden and Abi’s mother, Sarah Pfauth, said Abi tried to kill herself after Gemelli was found not guilty in St. Bernard Parish. She sent WWL-TV copies of Abi’s journal entries, including suicidal writings and drawings of Gemelli sleeping in the bed with her and giving her baths.

But Wainwright questioned the girl’s mental state and argued that Destiny recruited her friends to make the allegations, to bolster her own case against Gemelli.

“She wanted to hurt him,” Wainwright said. The other girls, he said, only joined in “once they were explained that they had been molested in their sleep and were convinced that their being bathed was child molestation.”

Destiny said she never recruited the others to join her.

“What would they get out of doing that for me?” she said.

Some of Destiny’s friends said they had fallen out with the Gemellis after the family moved back to Louisiana in 2011. Some came to visit and had angry confrontations with Gemelli before returning to Colorado.

But when Destiny came back to Colorado in 2017 to file a formal police complaint, the girls came together again, they said.

Abi Watson’s older sister, Makayla Watson, 21, and another childhood friend, Riley Laughrey, 20, didn’t join the other four at first, but later filed their own complaints against Gemelli with Longmont Police.

“We all just kind of forgot about it, but when my little sister (Abi) went out to Louisiana and it was happening to her, that’s when we all had enough,” Makayla said. “She was 13 at the time and you remember that stuff. I actually have her journal dating back to 2014 and she had pictures in there, like stick figures, showing what Tim was doing to her.”

Laughrey said Gemelli bathed her and touched her inappropriately, but she considers herself luckier than the other girls.

“Tim conditioned me to think it was normal. My mom noticed, and that was the difference between me and the other girls. That’s why nothing worse happened to me,” Laughrey said.

Johnson said she wouldn’t make up such serious accusations against a man she once considered a “father figure.”

“The things he’s done to me, he did the same to Destiny’s older sister, to multiple people,” Johnson said. “This isn’t just a fabricated story. He has issues and is a threat to society.”