Tenants say the conditions in their apartments are unbearable 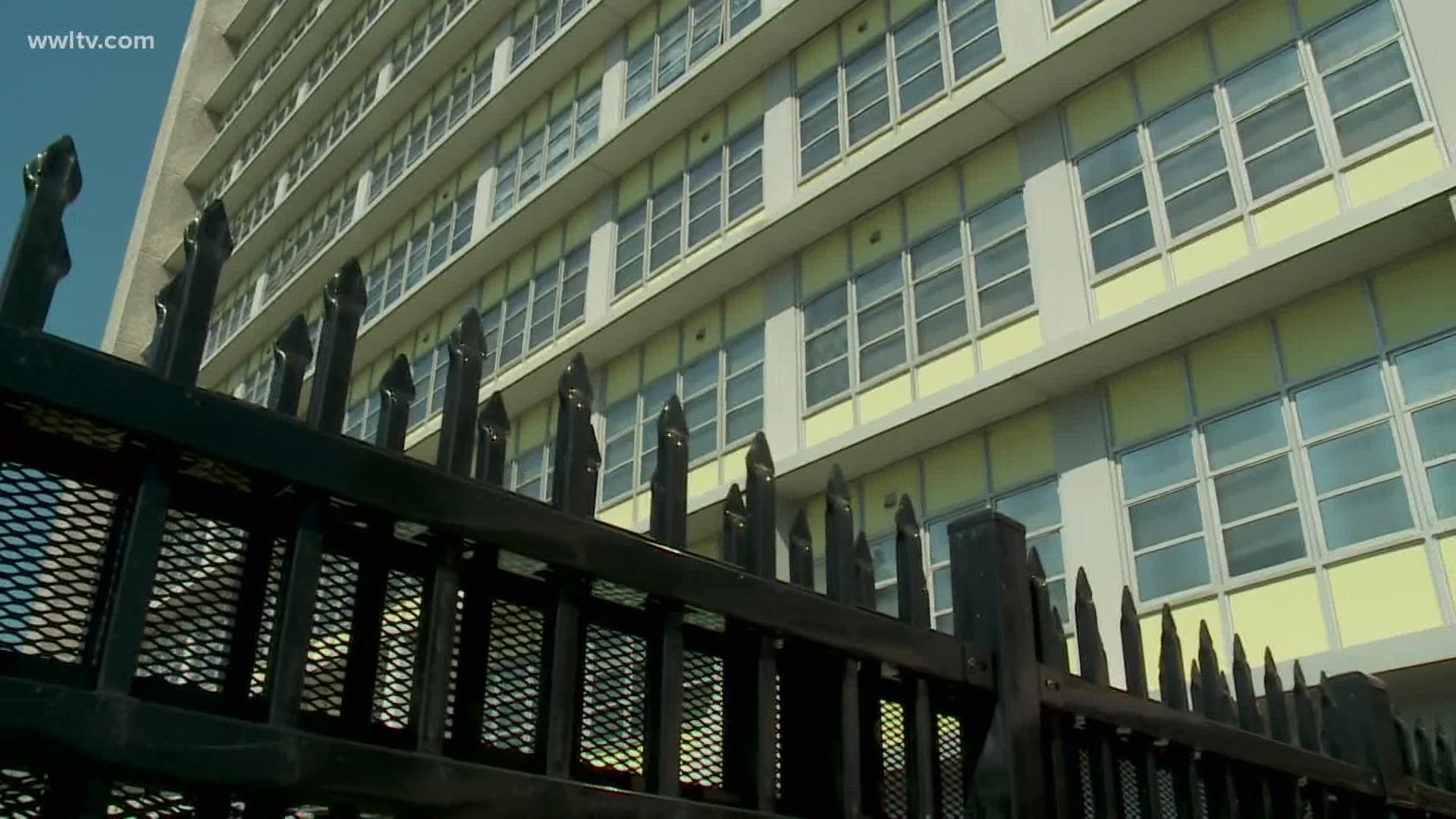 HOUMA, La. — The heat isn’t the only thing stifling inside Houma’s tallest public housing complex. So, too, is the politics.

Terrebonne Parish Councilman Gerald Michel began reporting air-conditioning problems in some units at the Bayou Towers Senior Center six weeks ago. But tenants say the issue is not fixed and the conditions inside their apartments are unbearable.

“I would go to the window (in the management office) and make the complaint and they say, ‘OK, we’re going to send in the report.’ Nobody would come, so, I’d go again, or either I’d call,” said Lois Williams, 68, who has lived in Bayou Towers since 2016. “I got the point since late last year I stopped reporting it because nothing’s gonna happen.”

Williams and others say the temperature inside their apartments regularly climbs above 80 degrees while they are setting their thermostats to 60 degrees or cooler. Williams said some of her neighbors warned her not to complain or she could lose her low-rent public housing unit.

“I was asking other tenants, ‘Did they have air?’ and they said, ‘No, but you can’t complain, because if you complain they’re going to find a way to kick you out,’” Williams said. “I really had fear in me because of it, because of what other people who have been here longer than I have told me. (But) I remembered what my dad said: ‘If you right, stand your ground for what’s right.’”

Williams and about a half dozen other tenants shared their concerns with Michel, who visited several apartments on the 2nd floor on June 6, taking pictures of temperature readings around 84 degrees and mold growing on the ceiling.

But he said his complaints on their behalf went nowhere.

Michel said he spoke with Nikita Gilton, executive director of the Houma-Terrebonne Housing Authority. But Gilton said Michel would not tell her which apartments were having problems.

Michel reported at least two apartment numbers to Parish President Gordon Dove, who appoints the members of the Housing Authority board. Michel texted Dove a photo of a thermostat set to 50 and reading a room temperature over 80. Dove responded later that day that the problem was resolved, but Michel said he followed up with the tenant and discovered the air conditioning still wasn’t working.

Then, last Wednesday, June 10, at the Parish Council meeting, Housing Authority Chairman and former Parish President Barry Bonvillain unleashed on Michel. Bonvillain accused Michel of “interfering” in Housing Authority affairs and threatening Gilton’s job. Michel said he couldn’t control how Gilton felt, but said he had cordial conversations with her and never intended to threaten her or her job.

“Our executive director does not have to respond to any councilman,” Bonvillain said defiantly.

Bonvillain also accused Michel of going door-to-door June 6 to solicit comments from residents. He said a tenant complained to him that Michel had knocked on his door unannounced. Michel said he only visited apartments where he had been invited after one tenant shared his information with her neighbors.

“If Mr. Michel's involvement is what it takes for the government to look at the problem and say, 'What is going on here? What is the problem? What's the solution? And let's get it done,' then I'm all for it,” longtime Bayou Towers resident Karen Adam told WWL-TV.

Adam said she’s filed many complaints about the temperature control in her apartment and has a boyfriend in the complex whose apartment is even worse.

Gilton declined to go on-camera for an interview, saying she would reserve her public comments until a scheduled Housing Authority board meeting next week. But speaking in her office on the first floor of Bayou Towers, she said Michel wouldn’t provide the names or apartment numbers of residents who had complained.

She said her staff had received very few work orders for air conditioning issues until this week, after the events at the Parish Council meeting were reported by WWL-TV’s partners at the Houma Courier.

She also questioned the legitimacy of some of the complaints, suggesting some tenants were not setting their thermostats correctly or leaving their windows open.

The parish councilman who represents the area around Bayou Towers, Carl Harding, also said he had not received any complaints. He took umbrage at the tenants calling on Michel to address an issue in Harding’s council district.

“Whether they like it or not, I am their representative,” Harding said in an interview with WWL-TV outside Bayou Towers. “And that’s the point that we have to realize. And if someone comes to me in that same fashion in Mr. Michel’s area, first thing I would ask them is, have you talked to Mr. Michel?”

“If you don’t report the matters, how will it be known?” he said.

It’s still unclear why some apartments have sufficient air conditioning and others don’t. Harding speculated that the ductwork and other equipment is old and air-conditioning units on the 10th floor are not able to cool apartments on the 2nd floor.

Williams said from 2017 to 2019 she filed several complaints and maintenance workers told her they needed to “flush the lines” to get air flowing through the vents again. She said it would often improve for a day or two and then go back to stifled air flow.

A frustrated Michel said the Housing Authority and Harding need to get beyond the questions of protocol and politics.

“Me going there is not the problem! These people living without air conditioning is the problem!” he said in response to criticism at the council meeting.

After WWL-TV asked Harding about moving on to finding solutions, he struck a more conciliatory tone, saying he’s willing to work with Michel. But, again, he said it’s ultimately out of the council’s hands and depends on the Housing Authority documenting the cases and being able to afford a real fix.

“We are concerned about the issues of the people, but then, man, it’s not an overnight thing that we can do,” he said. “We have to do the proper reporting.”