Hurricane Sally leaves oil on Florida beach; could it be from 2010 BP spill?

“Sally has just been another reminder that there's still a lot of oil out there that has not been accounted for,” said Eustis of Healthy Gulf, an environmental group 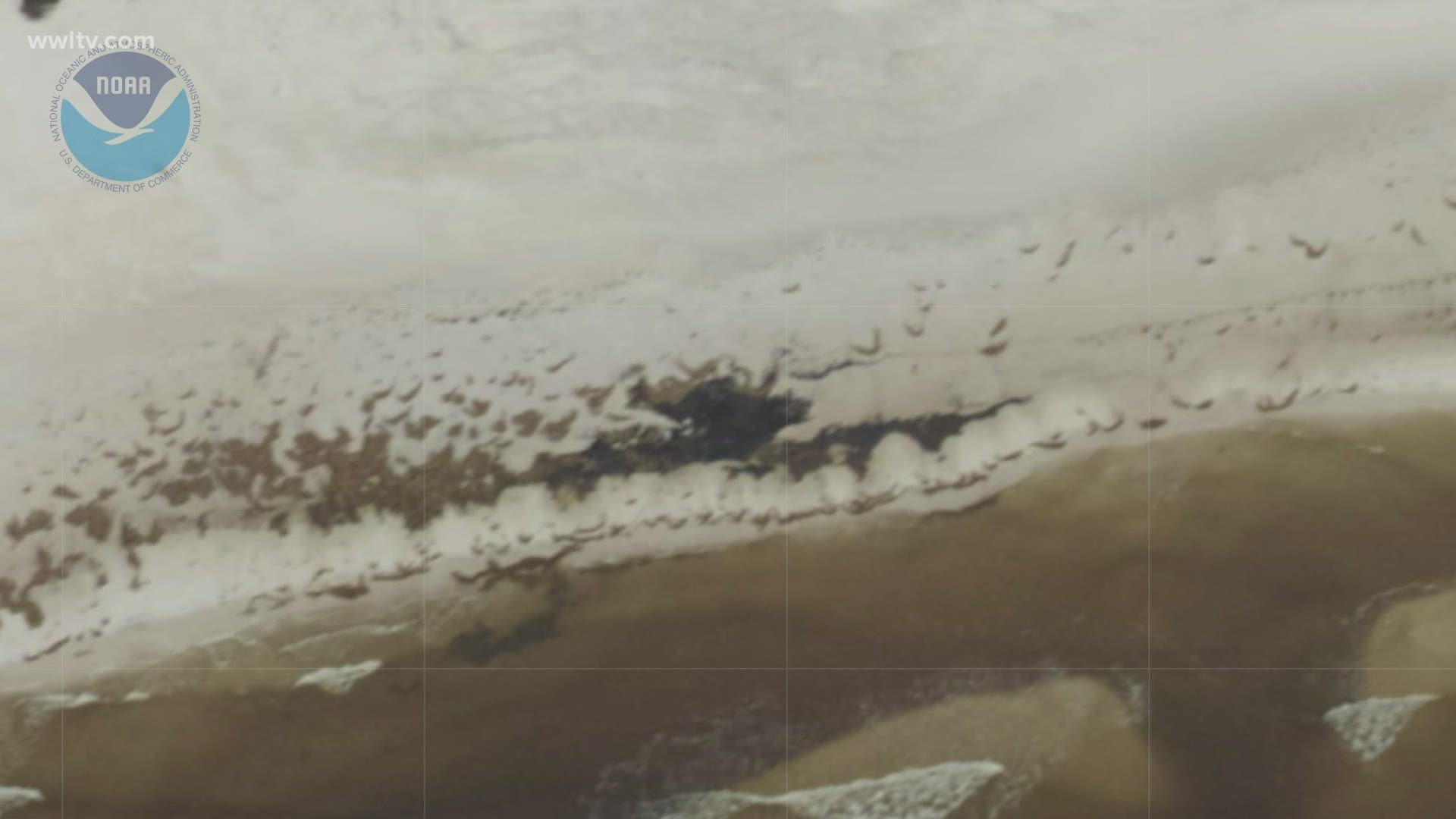 NEW ORLEANS — Miles of what appears to be weathered oil was found washed up on Perdido Key near the Florida-Alabama state line last weekend, prompting questions about whether Hurricane Sally’s powerful storm surge had unearthed remnants of the BP oil spill from more than 10 years ago.

The U.S. Coast Guard is analyzing samples of the dark brown and black tar mats, which were discovered Saturday and first reported by the Pensacola News Journal newspaper.

The process of analyzing weathered oil, known as “fingerprinting,” can take weeks. But the analysis is capable of pinpointing the original source of oil, even if it’s been buried for long periods of time.

The discovery on Perdido Key was reminiscent of a 25,000 pound tar mat discovered in March 2015 on East Grand Terre, a barrier island near Grand Isle, La. At the time, BP had just released a report saying its Gulf cleanup operations were complete.

But the oil giant quickly accepted responsibility for the Grand Terre tar mat, sending crews to dig up the remnants of its massive oil spill, which had begun five years earlier with a deadly explosion on the Deepwater Horizon oil rig on April 20, 2010.

This time, BP declined to comment to WWL-TV until the Coast Guard can finish fingerprinting the material collected at Perdido Key. The oil giant’s public filings show it spent more than $65 billion on response and penalties after the spill, including a record $4.5 billion in criminal pollution fines.

It spent about $15 billion on Gulf Coast cleanup operations. It reported collecting 23 million pounds of material on Mississippi, Alabama and Florida beaches alone and extensive cleanup operations on Perdido Key between 2010 and 2013. That included digging holes off the shore of the barrier island to search for buried oil. It found none and reported that none of its oil came ashore at Perdido Key in previous tropical storms.

But Scott Eustis from the environmental watchdog Healthy Gulf said the power of Hurricane Sally’s storm surge was on a different level. He said that power, along with images suggesting the oil was highly weathered, raised a strong possibility that the newly discovered oil on Johnson Beach is actually old oil from BP’s Macondo oil well.

“Sally has just been another reminder that there's still a lot of oil out there that has not been accounted for,” Eustis said. “And we could see this with the more powerful hurricanes when they hit the beaches.”

A 2014 study from University of California Santa Barbara scientists estimated that 84 million gallons of BP oil -- nearly half of what a federal court determined was spilled – had formed a “bathtub ring” of oil on the sea floor. Eustis said it’s possible some of that was churned up by Hurricane Sally.

Healthy Gulf has been tracking a few oil spills in the wake of Sally. He acknowledged the source of what washed ashore on Perdido Key is still speculation. But he said he used aerial images posted online by the National Oceanic and Atmospheric Administration (NOAA) to determine that the oil looked like it had not come from a fresh source.

Those same NOAA images also showed three massive cuts in the barrier island where storm surge appeared to have eroded the entire width of the island, creating new channels between the open Gulf and the inlet known as Big Lagoon.

“It’s pretty concerning that something of this size was uncovered on the beach,” said Eustis, who plans to fly over the site to get a closer look Wednesday. “But when you look at the way the storms can move the barrier islands around, it's not a surprise that something this big was uncovered.”