Since 1993, Louisiana law barred anyone over age 28 from pursuing a civil suit seeking compensation for sexual abuse suffered as a child, but that changed. 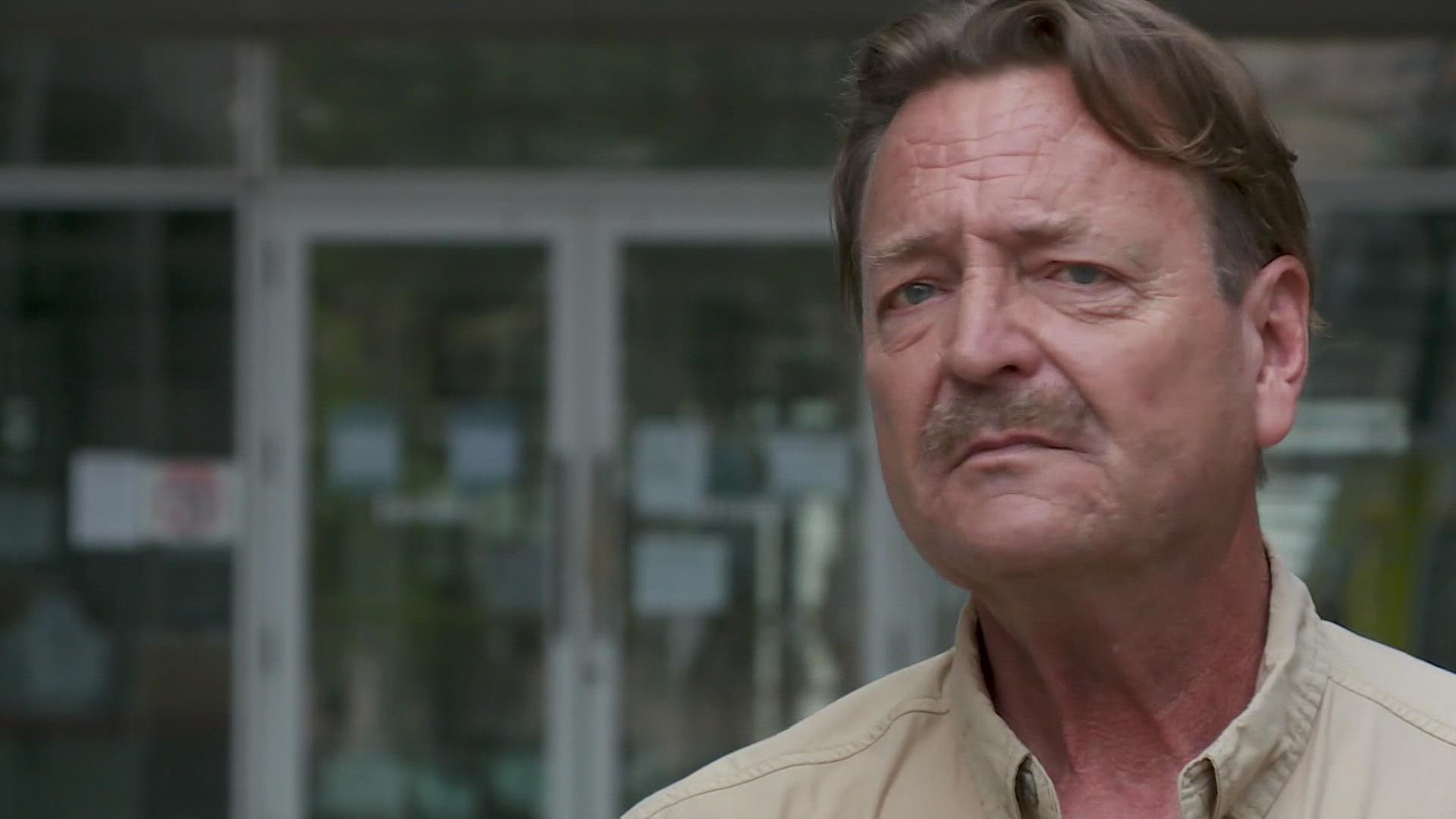 NEW ORLEANS — After he says he was molested by a religious brother at a Holy Cross School summer camp decades ago, John Losteau needed medication to control his anxiety and manage what he calls his “dumpster fire, train wreck” of a life.

He thought for years that he had forever lost the chance to file a lawsuit seeking damages for his alleged abuse when he turned 28. But a new law went into effect Sunday opening a three-year "lookback window" in which survivors could come forward with child molestation claims no matter how old they were, and Lousteau was among the first in line.

“It’s due time,” said Lousteau, 63, who went to New Orleans’ federal courthouse and sued Holy Cross school and the religious order that operates it. “Justice will prevail and righteousness is coming.”

Since 1993, Louisiana law barred anyone over age 28 from pursuing a civil suit seeking compensation for sexual abuse suffered as a child. But that changed during this year’s state legislative session, when lawmakers wiped away the age restriction for all future cases after hearing testimony that the average age an adult reports child sexual abuse was 52.

Additionally, lawmakers gave survivors with unresolved claims — no matter how old they are — until 2024 to pursue compensation through the civil court system.

The city’s most prominent Catholic institution, the Archdiocese of New Orleans, is shielded from facing additional lawsuits for alleged misconduct occurring before May 1, 2020. That’s the date the archdiocese filed for Chapter 11 bankruptcy protections after years of trying to manage the fallout of the decades-old church abuse crisis.

Survivors with unresolved claims seeking compensation from the archdiocese had until this past March 1 to file their requests with the federal bankruptcy court. Those who didn’t file by that date forfeited the right to do so.

While the new law doesn’t apply exclusively to victims of other Catholic religious orders or institutions, many of survivors of clerical abuse spoke out in favor of the law’s passage. Lousteau said he felt like it gave him the best chance at securing a measure of justice for what he endured.

Lousteau was 10 or 11, in either 1968 or 1969, when he attended a summer camp at Holy Cross, according to his lawsuit, prepared by attorneys Frank Lamothe, Kristi Schubert and Julien Lamothe. Brother Stanley Repucci — who is now dead — took advantage of his position running a large dormitory at the campus to twice abuse Lousteau, the former camper said.

Once, Repucci allegedly invited Lousteau up to his room for pizza and to watch television. Repucci told the then-camper to get in bed to watch TV and rubbed his genitals on the boy’s leg, Lousteau alleged.

Another time, Repucci went to Lousteau’s bunk, fondled the camper’s genitals and only left when the boy began to make noise in resistance, the suit alleged.

Lousteau’s suit said he has experienced depression, anxiety, insomnia, alcohol and drug abuse while struggling to cope with the abuse.

But Lousteau did not want to report the abuse while his mother was alive.

“How could I have a child — and had that child told me that I sent them somewhere where a man hurt them real bad?” Lousteau said. “My mom didn’t need to know that.”

Lousteau’s mother passed away last year, and he reported Repucci to the Holy Cross religious order.

According to Lousteau, the order “offered counseling, offered some sympathetic words and said, ‘We’ll get back to you, you know, sorry this happened to you, it seems credible.”

But the order didn’t pay for his counseling and stopped returning his lawyer’s calls.

“It’s like they (gave) up … and (were) just going to try to push this one back under the rug,” Lousteau said.

The lawsuit doesn’t specify the amount of damages he seeks.

Officials with the Holy Cross order didn’t respond to a request for comment Monday. Holy Cross School Interim Headmaster Eric DesOrmeaux issued a statement saying no one in charge of the institution was around in the late 1960s. But now, school officials encourage students, parents and staff to report any signs of abuse “immediately so that … leadership may take the appropriate actions,” the statement said.