Eyewitness News first reports on the grade-fixing allegations in March 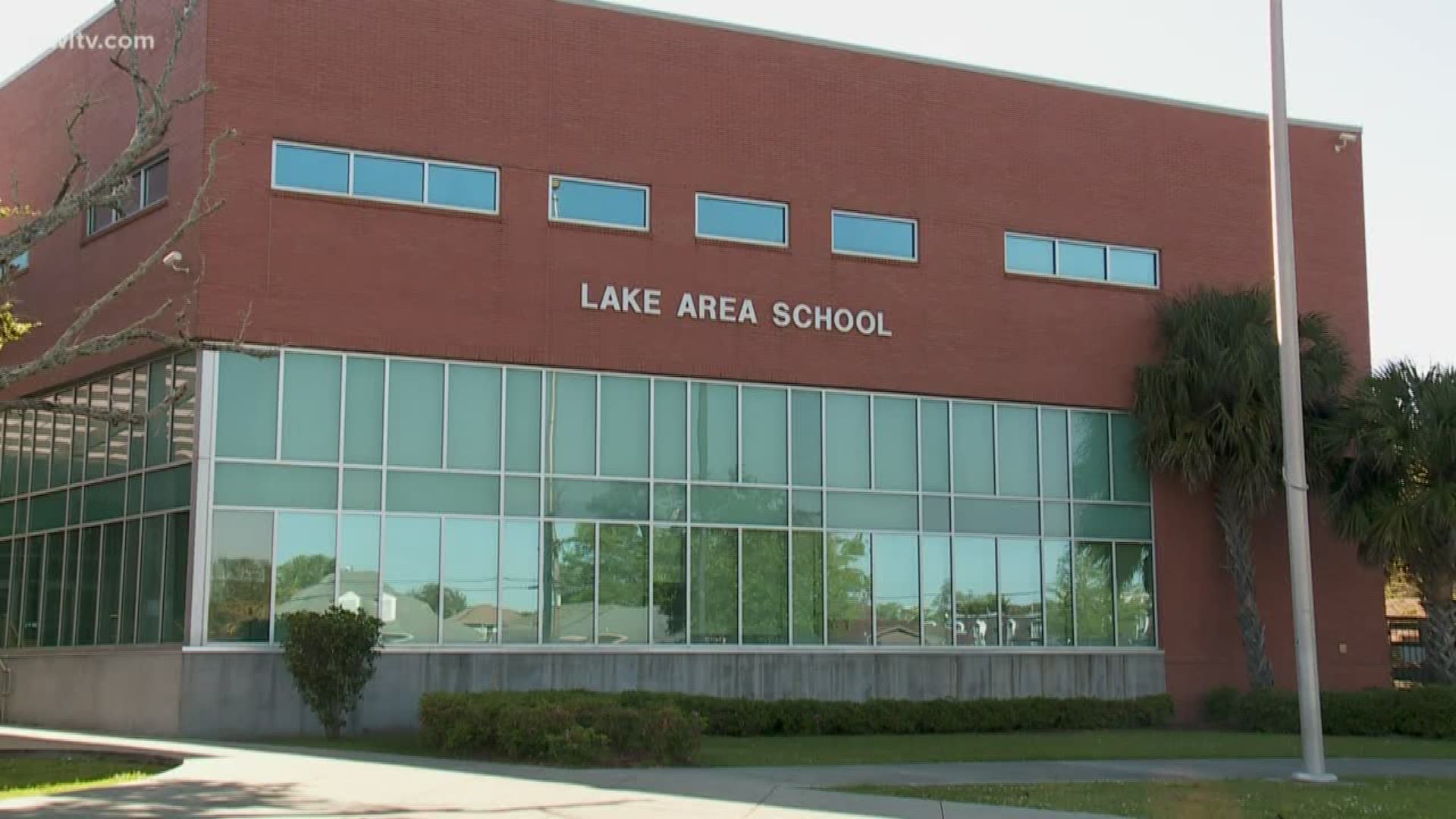 NEW ORLEANS — A grade-fixing scandal has led to a major shakeup at John F. Kennedy High School, with the principal and four members of the leadership team removed, according to a letter sent to parents Friday.

The letter from the charter organization that runs Kennedy High, New Beginnings Schools Foundation, said an investigation by the law firm Adams and Reese has “presented strong evidence of improper conduct by members of our staff and we took decisive action. As of today, the principal and four members of the JFK Leadership Team are no longer employees of NBSF.”

The principal of Kennedy was Brian Gibson. Sources tell WWL-TV the other four employees were two assistant principals, a curriculum coordinator and a master teacher.

The grade-fixing was exposed by a whistleblower, New Beginnings former data director, Runnel King. But King was fired in March, in part for making unsubstantiated allegations when he reported that students’ grades at Kennedy were manually changed from Fs to Ds and Ds to Cs after the first semester, using a former employees’ computer login and only on report cards for a teacher who no longer worked there. 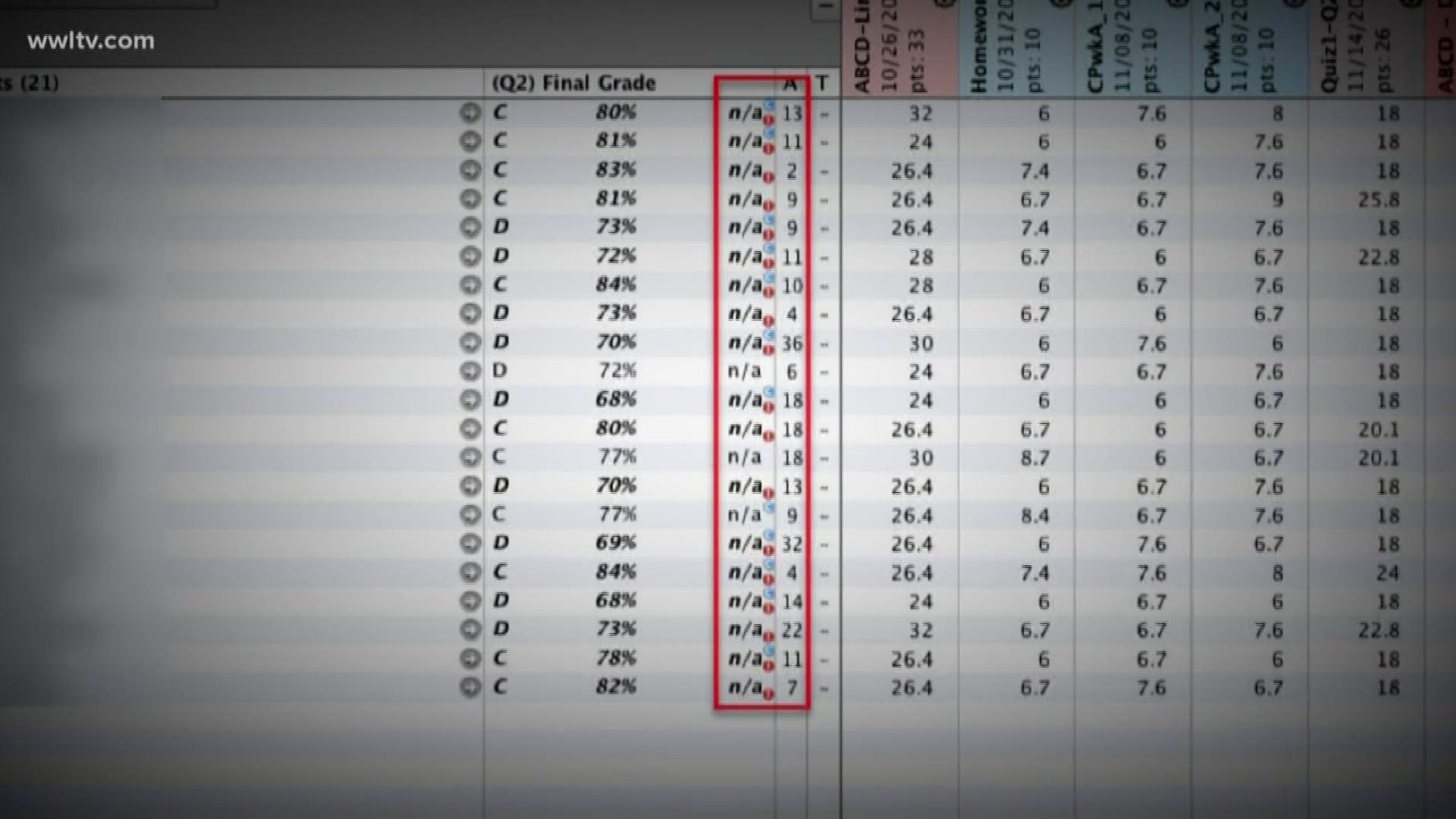 New Beginnings’ CEO at the time, Michelle Blouin-Williams, dismissed the grade changes as a result of weighting errors. King said that was impossible because grade weighting affects every student, while the documents he presented showed some students’ grades were changed while others’ weren’t.

New Beginnings re-opened its investigation in April after King went to the investigative news website The Lens and to WWL-TV with evidence to substantiate his grade-fixing allegations.

WWL-TV also found Blouin-Williams had changed public board records to justify a million-dollar school bus contract she had signed. The board suspended her, with pay, and opened a new investigation led by Adams and Reese, looking into the grade-fixing allegations again and evidence of misconduct by Blouin-Williams.

The letter from New Beginnings board president Raphael Gang to parents Friday said Adams and Reese’s full investigation report won’t be ready until next week, but there was enough evidence on the grade-fixing to take action now. The letter suggests the impact on students, some of whom may have needed the inflated grades to graduate, is still to be determined.

“We are still going through the records of each of our students in detail,” Gang wrote. “We will follow-up with each affected student and family as soon as possible.”

King, meanwhile, is still out of a job and has received no word from New Beginnings about his desire to be reinstated.

“I’m grateful to see that measures of accountability are being implemented," King said. "I was very confident that school leaders engaged in misconduct. It’s unfortunate that the decisions of adults will adversely impact students, especially those who have plans to seek higher education. This should be a lesson learned, and a final lesson to the repeat offenders. I’ll kindly accept that I’ve been vindicated.”

King’s comment about “repeat offenders” appears to be a reference to Gibson and assistant principal Taisha Payne, who were both suspended as assistant principals at Landry-Walker High School in 2016 after a cheating scandal there.

At a New Beginnings board meeting May 28 Gibson clarified to WWL-TV that he was reinstated at Landry-Walker after that investigation finished and continued to work there for two years before becoming principal for this school year at his alma mater, Kennedy.

Orleans Parish School Board was aware of the leadership changes at Kennedy and is also continuing to investigate the allegations, spokeswoman Tania Dall said.

"Effective today, the principal and four leadership team members of the John F. Kennedy High School at Lake Area are no longer employees of New Beginnings Schools Foundation (NBSF). As the independent investigation (led by the law firm Adams and Reese) into allegations around improper/inaccurate grade adjustments continues, NBSF will ensure students, families, staff, and the community are aware of developments.

Providing students with an excellent education remains our top priority. We are committed to integrity among staff and for students and will ensure that we hold every member of the NBSF community accountable in delivering a high-quality education to all students."