WWL-TV obtained an exclusive copy of a secret recording of a mandatory meeting called for city inspectors. 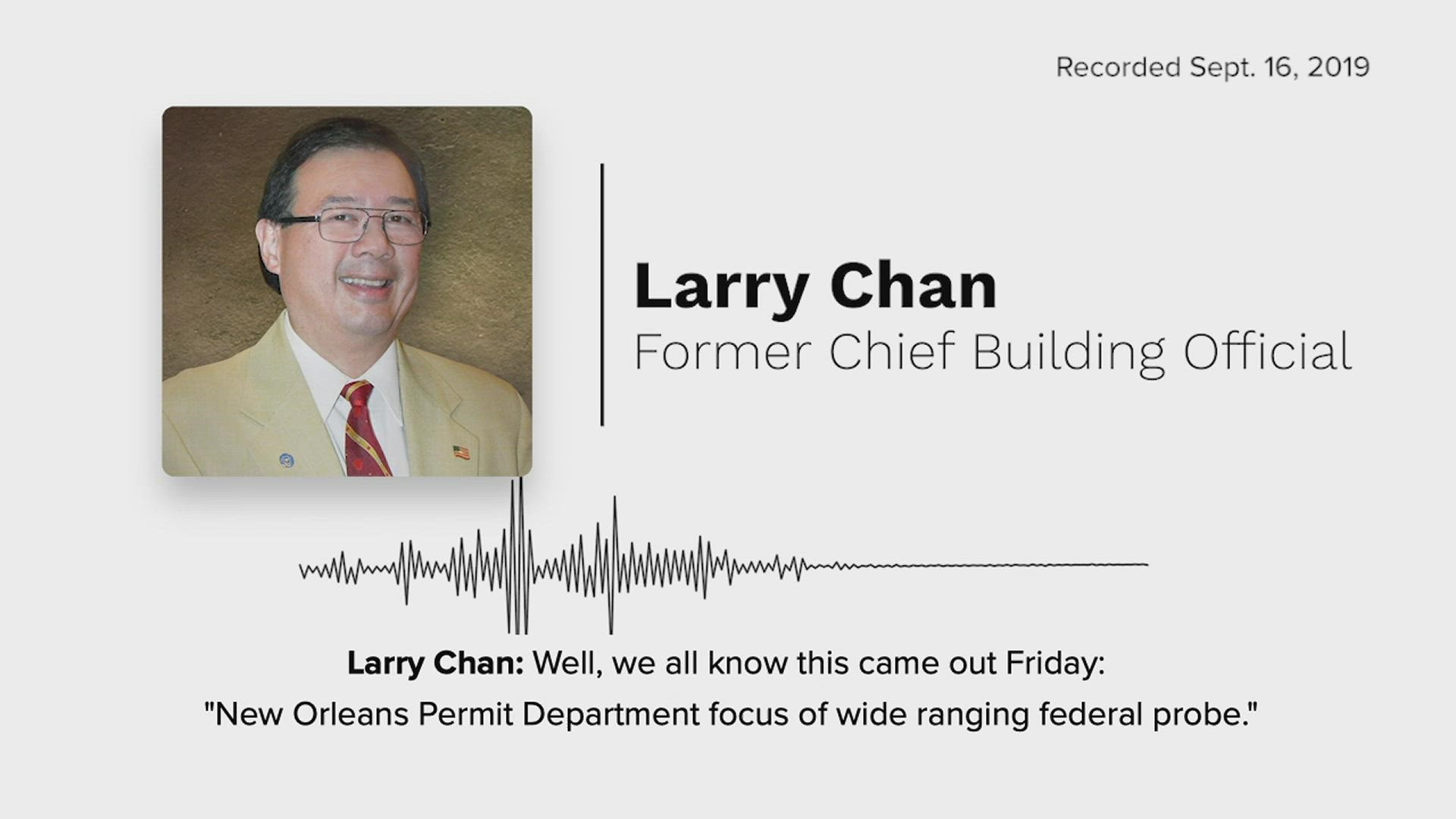 NEW ORLEANS — On Friday, Sept. 13, 2019, WWL-TV and The Times-Picayune | New Orleans Advocate broke the news of a federal criminal investigation inside the New Orleans Safety and Permits Department.

The WWL-TV story noted a mandatory meeting had been called for city inspectors on Monday, Sept. 16, 2019. A few months later, WWL-TV obtained an exclusive copy of a secret recording of that meeting. We have posted excerpts from the meeting called by then-chief building official Larry Chan, who begins the meeting by talking about the WWL-TV story.

Chan goes on to read from department policies. He and another former supervisor, Terry Willis, admonish the staff to use an app on their phones to prove they are showing up for inspections and filing their own photographs of construction work.

The then-director of Safety and Permits, Zach Smith, soon joins the meeting and excoriates the staff, telling them they are critical to public safety, but they are not doing their jobs properly, so their work will be audited to make sure it is.

Later that day, Chan was suspended for allegedly being implicated in the ongoing criminal investigation. He soon retired from the city and took a job as a private, third-party inspector.

Two weeks after the special meeting, on Oct. 1, 2019, one of the inspectors in attendance, Julie Tweeter, failed to show up for an inspection at the Hard Rock Hotel construction site downtown, according to GPS tracking on her city vehicle. But city inspection records show she filed a report that day purporting to have visited the site and approved the pouring of concrete onto the 18th story rooftop at the Hard Rock. The report allegedly presented photographs of the floor decking that were provided by the construction crew to look as if Tweeter had taken them.

Less than two weeks after that, on Oct. 12, 2019, the roof and other top floors of the Hard Rock collapsed, killing three workers and injuring dozens.