The containment dome, which actually looks like the lid of a huge metal box, is only a temporary fix. 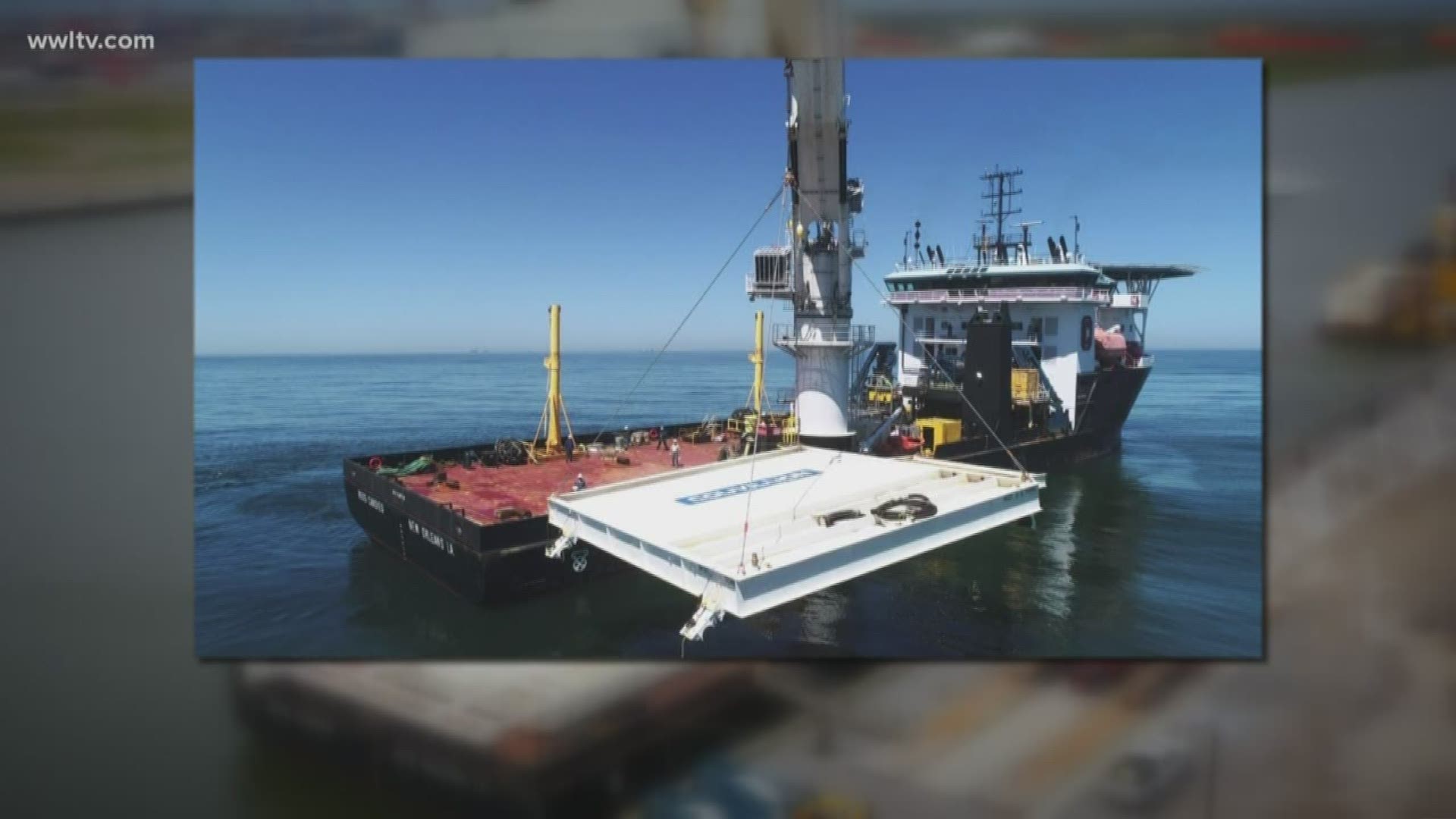 NEW ORLEANS — The Taylor Energy oil spill off the tip of Louisiana is the longest continual offshore leak in U.S. history for a reason.

Nothing has been simple -- from the unique subsea mudslide during Hurricane Ivan in 2004 that toppled Taylor’s MC-20A platform and buried 28 wells under a pile of soupy sediment, to the decade-long dispute over how much oil was leaking, where it was coming from and the safest way to stop it.

And that same level of complexity and debate remains, even with this week’s news that the Coast Guard and its contractor say they’ve successfully contained the leak for the first time.

Coast Guard Capt. Kristi Luttrell, the federal on-scene coordinator for the Taylor spill, took a hardline stance in October when she federalized the spill response, wresting control away from the oil company and forcing it to pay for the Coast Guard’s containment plan.

She couldn’t help but smile Thursday as she declared the uncontainable spill contained.

“We did it safely and effectively in six months, and I couldn’t be prouder of the effort everyone’s put in to get this done,” she said.

Contractor Timmy Couvillion, CEO of Belle Chasse-based Couvillion Group, said he too was proud of the specially designed system they deployed after previous containment efforts by Taylor had failed.

But both Couvillion and Luttrell know the containment dome, which actually looks like the lid of a huge metal box, is only a temporary fix.

“There needs to be a sense of urgency that we have to press forward with properly plugging and abandoning to the standard. If not, we’re liable to be back in the same position we were six months ago,” Couvillion said.

The containment “lid” is hooked onto the oil platform support structure that toppled over in 2004 and is suspended 7 feet above the spot where oil is leaking out of the mushy mud pit. The oil collects under the lid and is funneled into tubes that can store more than 55,000 gallons at a time.

The tubes remain underwater to stay out of shipping lanes, until workboats can come to pump off the contents once a month, Luttrell said. She said it belongs to the U.S. government, is decanted and sold at the recycled rate, and sales proceeds go to the contractor.

But powerful ocean currents and other environmental conditions 450 feet below the water’s surface can cause some oil to escape from under the “lid,” so the sheen will not completely disappear at the surface, Luttrell said. However, Couvillion says their system is capturing 99.9 percent of what can be seen leaking, and Luttrell said adjustments can still be made to perfect the collection process.

But more importantly, hurricane season is about to start, and the same kinds of conditions that once felled Taylor’s oil and gas production platform could just as easily knock Couvillion’s cantilevered containment structure off-kilter, Couvillion warned.

“We get a mudslide that comes through, wipes it out,” he said, considering the potential scenarios. “Or, there’s water that flows with oil, right? So, there’s water, oil and sediment. What happens when water and sediment blow through an elbow or a kink further down in the line?”

“That is another federal agency that has the expertise and the skill-set to work below the mudline on securing the source,” she said.

The Interior Department’s Bureau of Safety and Environmental Enforcement, or BSEE, oversees drilling and other operations involved in exploring for and extracting minerals from below the sea floor.

BSEE sent WWL-TV a statement Friday saying it’s “evaluating all 28 wells drilled from the (Taylor) platform and the potential formations and reservoirs (of oil and gas) that intersect these wells. The information from this work will inform decision makers within (the Interior Department) on the potential options and path forward to resolve the leaking wells and potential future leaking wells at the (Taylor) site.”

The BP oil gusher in 2010 took nearly three months to cap, after BP and government teams tried and failed to shut off the flow from broken pipes that were clearly visible and easy to access with remotely operated submarines.

But it took two additional months to drill separate wells to intercept the gushing well below the seafloor and plug it for good.

The situation with Taylor is far more complicated. Instead of one leaking well, there may be several leaking Taylor wells buried under the mud pit. The place where oil plumes are emerging from that pit may not be the spot where the leaking well opens up to the sea because it could be emerging somewhere else under the porous sediment.

In fact, Taylor has maintained for years that none of the 28 wells that once tied into its MC-20A platform is leaking anymore. Instead, Taylor President Will Pecue cites a team of industry and government scientists who determined in 2013 that the only leaking oil is weathered remnants that escaped from the earth in the first few years after the accident and are trapped under the mud.

That’s part of why Taylor sued the Coast Guard and Couvillion to try to block their containment operations. Pecue said the company feared placing the equipment in or around the mud pit would stir up the sediments and release more oil into the larger Gulf ecosystem.

But the risk is likely even greater for getting underneath the mud pit and shutting off a leak at its source.

Taylor used about $234 million from a $666 million trust to drill nine intervention wells. The intervention wells ran parallel to ones that could have been leaking, then angled in to intercept the original wells hundreds of feet below the sea floor.

A consensus of scientists and experts decided in 2013 that any additional intervention wells would be too risky, because it’s difficult to hit the target and the danger of causing a new leak was too great.

So, Taylor sued the Interior Department in 2016 seeking to reclaim the $432 million remaining in the trust. A federal judge in Washington, D.C., dismissed that case last month, but that’s unlikely to change Taylor’s contention that it’s already done all that it can safely do to “decommission” the MC-20 site.

The company said it sent cement down the intervention wells to successfully plug the only nine wells that could be flowing, assuring no more oil and gas could escape from them.

But even that is in dispute. Documents Taylor posted on its website in 2015 show only one cement plug in those wells, and Couvillion said that doesn’t meet government standards.

“The comfort level that it was properly plugged may be in question,” he said. “The standard states that you would have to put plugs in multiple zones to have it properly plugged, and they've only attempted to put one plug in an attempt to stop the leak.”