WWL-TV’s “Taken for a Ride” investigation found dozens of safety violations, falsified inspection records and insurance documents and other problems. 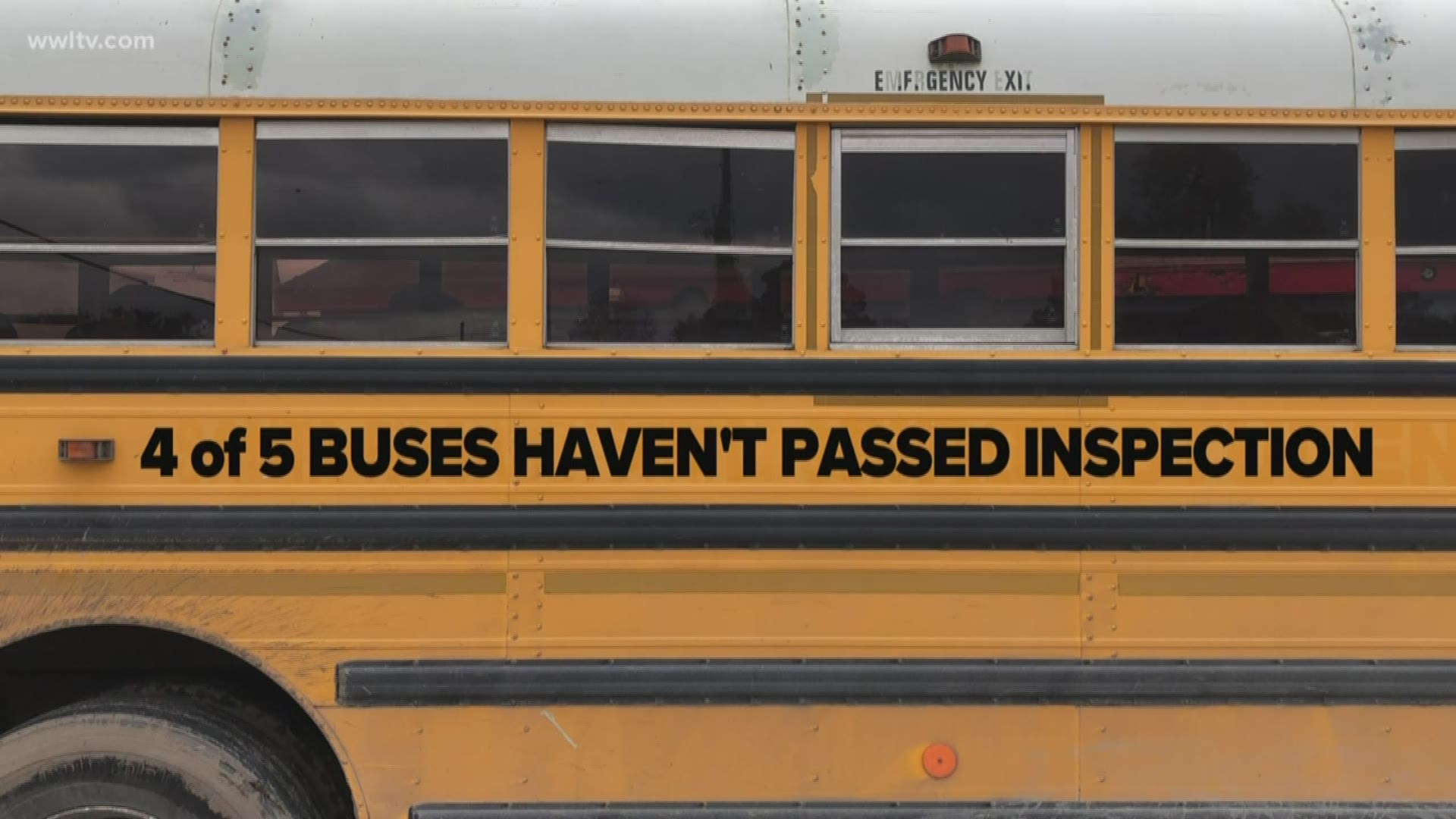 NEW ORLEANS — When a school bus driver got in a collision last week, he let three Mary McLeod Bethune Elementary students off on the side of a busy street miles from home and drove away. One frantic mother wanted to know what New Orleans Public Schools would do about it.

“They do nothing,” Lisa Guichard told WWL-TV, exasperated.

Mayor LaToya Cantrell joined the chorus of frustration, calling the Sept. 16 incident involving a bus run by subcontractor Cage Transportation for Bethune’s bus vendor BCH Services Group “unacceptable.” And she, too, wants NOLA Public Schools and its governing board, the Orleans Parish School Board, more involved in finding a solution.

“I know that the frustrations of our parents are real,” Cantrell said in an exclusive interview with WWL-TV. “What I’m asking for, and what parents should expect, is accountability across the board, with OPSB, BESE as well as the individual charter management organizations. It’s really that simple.”

With 78 charter schools run by more than 40 nonprofits, there is no centralized school bus system in New Orleans. WWL-TV’s “Taken for a Ride” investigation found dozens of safety violations, falsified inspection records and insurance documents and problems with individual bus companies and drivers.

Cantrell’s administration did its own inspections in 2018 and found what one official called a “Wild Wild West of school buses.” The mayor responded with a new set of school bus regulations to be enforced by the city’s Ground Transportation Bureau, essentially holding school buses and bus drivers to the standards of for-hire vehicles, complete with special inspections and insurance requirements.

At the time, the Orleans Parish School Board declined to take on an active role inspecting and approving buses. But now, with the new city regulations in place and few buses complying, Cantrell is calling on NOLA Public Schools’ governing board, the Orleans Parish School Board, and the state Board of Elementary and Secondary Education to step up and help with enforcement. 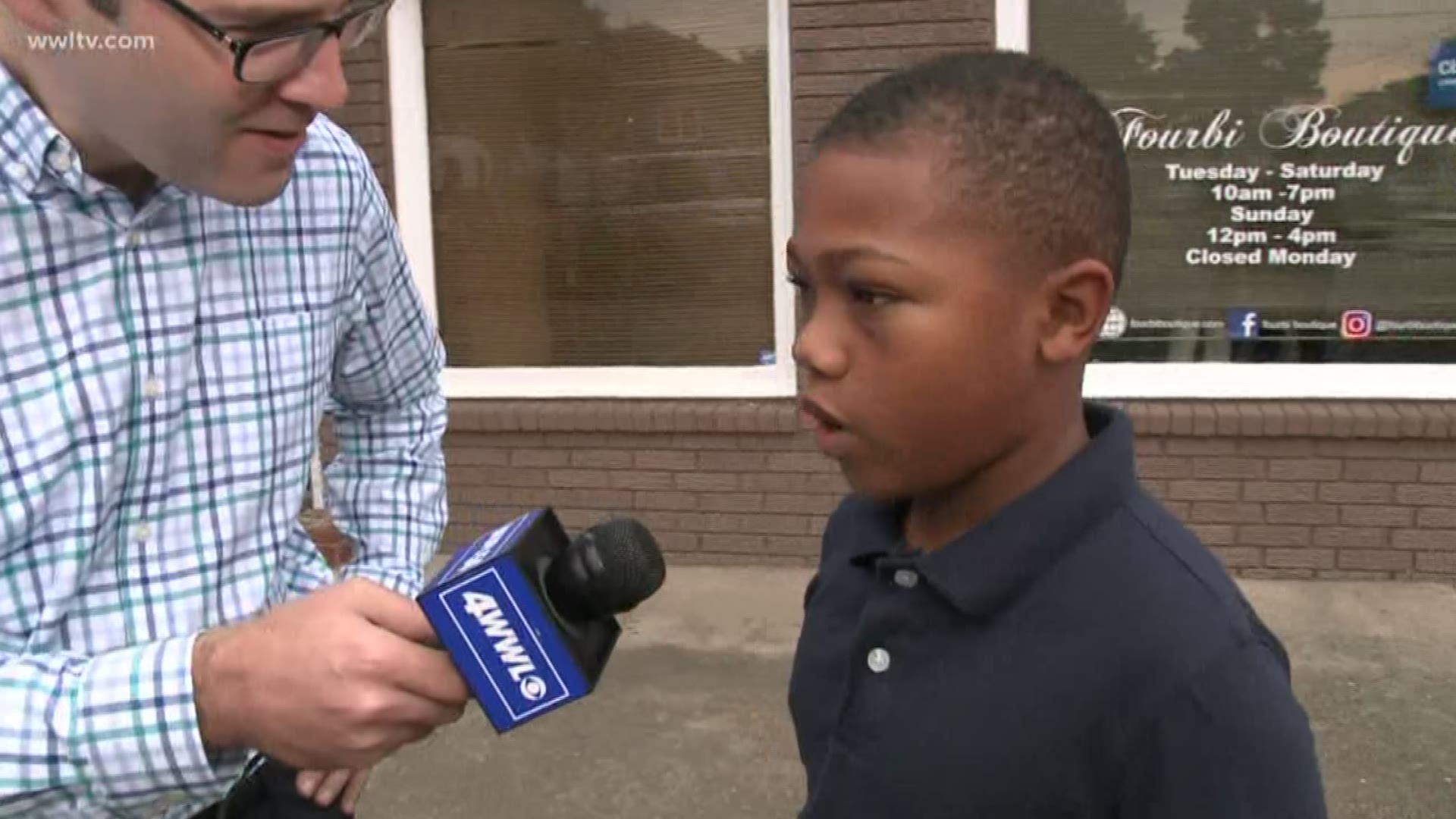 According to city records, more than 4 in 5 school buses on the road in New Orleans is operating without the proper city inspection permits. Last week, Cantrell’s Safety and Permits Director sent a letter to NOLA Public Schools and its governing board, the Orleans Parish School Board, requesting their help.

“We know we have a bifurcated system, which means we've got to work more intentionally breaking down those silos and working together,” Cantrell said.

Most public school districts own school facilities, provide food service and run the school bus system. But charter schools have to opt in to get food service from OPSB, and the board has taken on a supporting role with the buses.

OPSB Superintendent Henderson Lewis says he plans to meet with charter school and bus company officials Wednesday to see, “If there are challenges (with city inspections), how to support them through those challenges,” he said. “Because at the end of the day, what I want is for all the buses to go through the new process and be certified because they’re transporting our children each and every day.”

Cantrell’s Safety & Permits director, Zach Smith, sent a pointed letter to OPSB and BESE last week, noting the high numbers of uninspected school buses and asking the boards to require the charter schools to “provide written confirmation” that all their buses have passed inspection.

As of last Wednesday, only 222 of 667 buses that applied for permits had been inspected, and only 125 of them passed, according to Smith.

Under increasing pressure from the city, Lewis, whose salary is listed above $243,000, appeared ready to get his staff more involved.

“I’m going to work on where we are today but also long-term work on what’s the best solution for transportation here in the city of New Orleans,” he said.

Lewis’ senior safety officer, Ulyses Collins, told WWL-TV last week that City Hall was responsible for enforcement and promised it “will not get in the way of students being transported to and from schools.” But Cantrell said that after giving bus companies two grace periods to get inspected by Sept. 15, she has no choice but to get tough with enforcement.

“Buses that are on the streets of the city of New Orleans, using our infrastructure, that should be on the streets in full compliance,” she said. “So, we will enforce the law.”