Approving the buses that serve charter schools has proven difficult 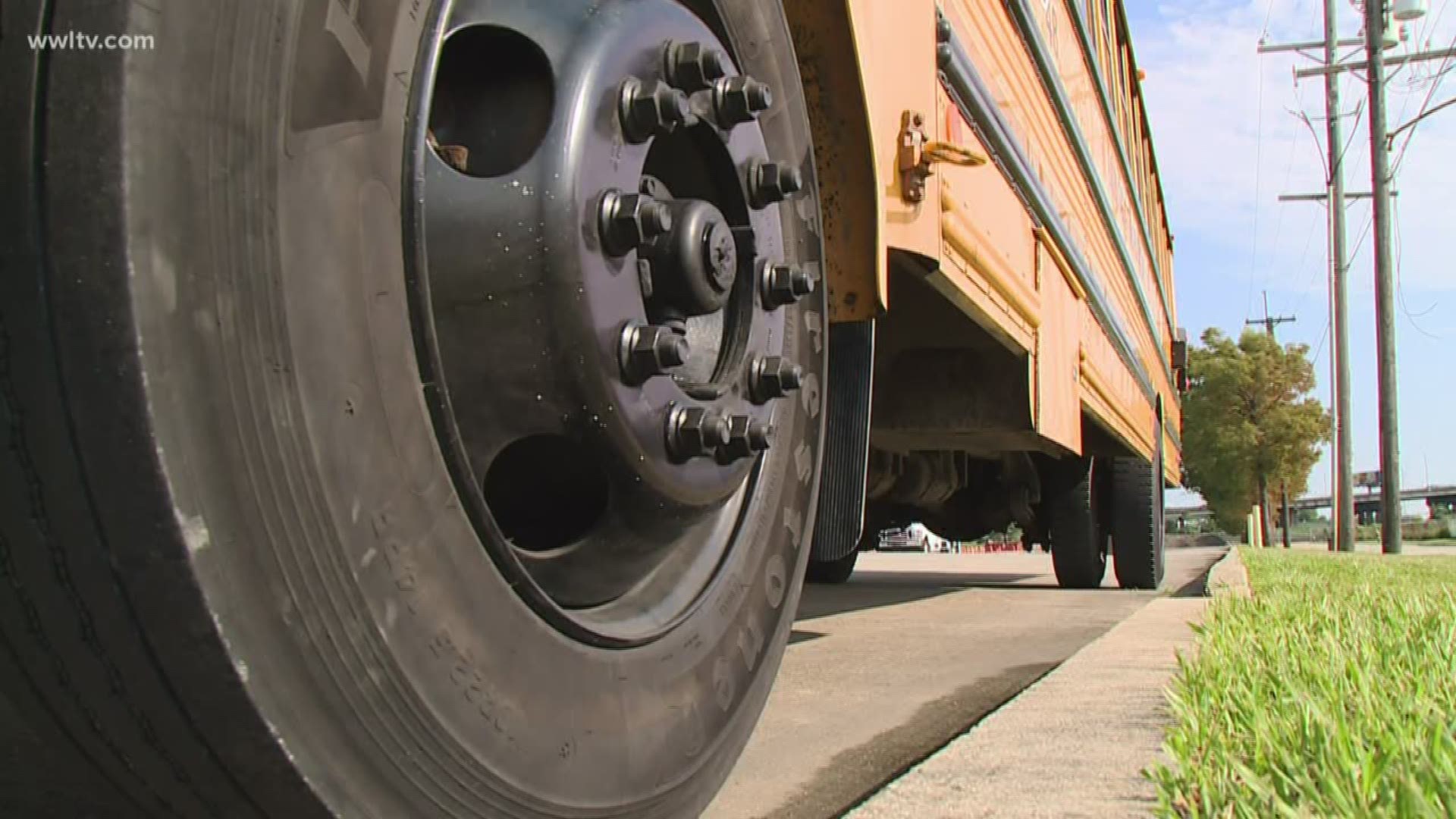 Now, the new school year is here and the regulations are taking effect for the first time.

“Out of the 300 plus applicants -- and I'm sure it's over 400 actual applicants that are in the process at this point -- we've only had to deny three for criminal background check disqualifiers,” said Pfeiffer, who oversees what used to be called the Taxicab Bureau.

But conducting safety inspections and granting new city tags for more than 350 buses to serve more than 75 charter schools has proven much more difficult.

“For safety failures, we're probably at about 40 percent,” he said.

For example, three buses from Hammond’s Transportation came in while WWL-TV was at the city's inspection station off Almonaster Boulevard. The first two failed.

“The shocks on the front of the bus are loose,” Pfiefer said. “So, that's going to need to be rectified before we could actually pass this bus.”

Suddenly, company owner Mark Hammond showed up and cancelled his scheduled inspections for the rest of the day. Instead of inspecting more than 20 buses Friday, the city only saw three.

Hammond's is the largest locally owned school bus vendor, serving at least 18 charter schools. WWL-TV reached out to Hammond for comment Monday, but did not receive a response.

Some charter schools started classes Monday, but only 39 buses have fully passed the city's new inspections. So, the city is offering the 49 bus companies operating in town a grace period to Sept. 1.

Buses with major safety violations will not be allowed to drive, but those that must return for re-inspection will have the rest of this month to do so.

“We're giving people time because we understand this is a new process to everybody,” Pfiefer said.

That process became necessary after WWL-TV's "Taken for a Ride" investigation last winter exposed everything from unsafe school buses to falsified insurance documents.

“A lot of deficiencies on the safety features, inoperable stop arms, busted glass, security hatches that were bolted shut,” Pfeifer said. “We found more deficiencies with the buses having no insurance, no registration.”

Mayor LaToya Cantrell's administration began looking at the safety and illegal parking issues in the summer of 2018. City Councilwoman Kristin Gisleson Palmer said that after "Taken for a Ride" found more issues, the City Council came on board and agreed the city needed to take on the responsibility of regulating the buses.

“Ultimately, it was decided that these are for-hire vehicles and should be treated in the same manner as we do limos and taxis,” Pfiefer said.

The new regulations haven't been a problem for IDEA Oscar Dunn, a new elementary school in New Orleans East.

“All of our buses had passed inspection,” Principal Chris Joyce said. “All of our drivers have the right permits, the right licensure, all of that, to ensure that we're good for day one.”

That's because IDEA Oscar Dunn doesn't use a bus vendor. With 96 schools -- 93 in Texas, two in Baton Rouge and now one in New Orleans -- IDEA Public Schools can afford to lease their own buses and employ their own drivers.

“When we are able to have our own drivers, our own buses and our communication system, families feel better,” he said.

The buses even use a system that scans each student's ID when they get on and off, to track every child from the bus stop in the morning to their return each afternoon.

The IDEA school buses are also equipped with GPS tracking so parents can follow along on a smartphone app. And drivers can't leave the buses after their route is complete without hitting a button in the back to confirm that no children are left on-board.

Such safety devices and security cameras are not required under the city code.

But the button at the back of newer buses, like those used by IDEA Public Schools or at the Algiers Charter Schools Association, could have prevented a driver from leaving a sleeping child on his bus in an unlicensed lot in the 7th Ward last spring. It was just one of many violations WWL-TV found at the school bus company Scholars First, including insurance documents that the state insurance commissioner determined were falsified.

The schools that used Scholars First last year fired the Gonzales-based company and it has not sought any CPNC permits or inspection stickers this year, Pfeiffer said.