With just two days left before a Sept. 1 deadline for those buses to pass inspection, only 55 of 629 licensed school buses have passed those inspections. 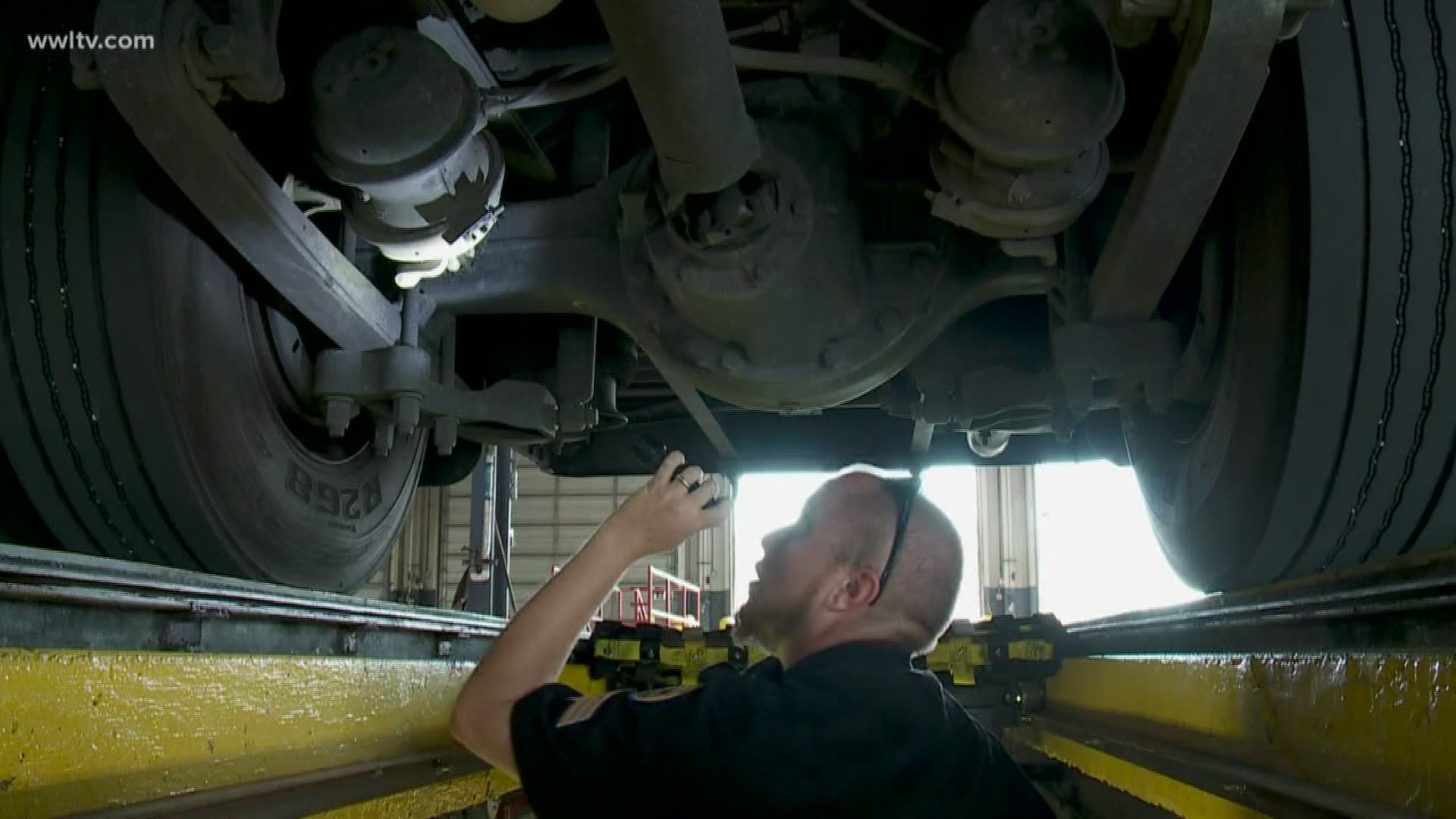 NEW ORLEANS —  The city of New Orleans has issued more than 600 for-hire vehicle licenses to school buses and nearly that many permits to bus drivers under its new school bus regulations.

But getting all those buses in for safety and mechanical inspections has proved more difficult.

With just two days left before a Sept. 1 deadline for those buses to pass inspection, only 55 of 629 licensed school buses have passed those inspections. As a result, the city’s Ground Transportation Bureau decided to extend the deadline for a second time, to Sept. 15.

WWL-TV’s “Taken for a Ride” investigation exposed additional violations, a lack of driver background checks, buses operating without license plates and one bus company that falsified its insurance documents.

With the shift to an all-charter public school system, the bus system was no longer centralized under the Orleans Parish School Board. That left more than 40 different charter school boards responsible for their own transportation contracts, and WWL-TV found oversight was minimal.

The state Insurance Department launched a criminal probe into Scholars First, the company WWL-TV caught falsifying its insurance records. The eight New Orleans charter schools that used Scholars First last year fired the company. Most of them hired Florida-based A&S Transportation to take over for the last month of the 2018-19 school year.

That was A&S’ introduction to the New Orleans market, but it has added new contracts for 2019-20 and now has a fleet of 126 dedicated to serving schools in Orleans Parish. Gerald Selinsky, A&S’ regional maintenance manager, came in from Port St. Lucie, Fla., to prepare the buses for their inspections.

“We inspect our buses the night before they go, so that way we can address any defects we find then, so we don't have them fail here,” Selinsky said, standing in front of one of those buses while city inspectors walked under it in an inspection well to look for deficiencies.

“Literally, I have skin in the game, because my daughters ride (A&S) buses,” he said. “And every bus, no matter where it is, it's my responsibility to make sure it's safe and reliable.”

PREVIOUS: Nearly 40% of charter school buses not up to new standards set after Eyewitness Investigation

Selinsky said 90 percent of A&S buses that have been inspected so far have passed, with a few needing seat repairs or other minor improvements before they can receive new for-hire vehicle stickers.

Wes Pfeiffer, from the city’s Ground Transportation Bureau, said most of the issues identified in the inspections are not major safety concerns. He said only one bus has been banned from the road because of safety failures.

That’s what gives him the confidence to extend the deadline another two weeks, at least for those buses that have already been issued CPNC licenses. To get that, the bus must have active insurance on file with the city, proof the vehicle is registered and clear markings showing who owns the bus and its unique identification number.

“The main issues of last year of not being to identify the buses, not having insurance on file or actually have contacts with the companies, we've already rectified that,” Pfeiffer said.

Selinsky said A&S has scheduled inspections through the weekend to make sure all 126 of its vehicles pass prior to Sept. 1.

Pfeiffer said 200 more inspections are scheduled by Sept. 6 at the city’s inspection station off Alvar Street. Even if all those buses pass, however, more than 350 buses would still be lacking inspection stickers.

But Pfeiffer said his inspectors are working through the weekend, and he’s very confident that the other bus vendors will begin picking up the pace now to get their fleets approved by Sept. 15.

If they don’t, he said the city will call on schools to report buses without inspection stickers and the Ground Transportation Bureau could start imposing fines.