The ratings are worse now than they were in the years leading up to Hurricane Katrina in 2005, when several critical floodwalls collapsed. 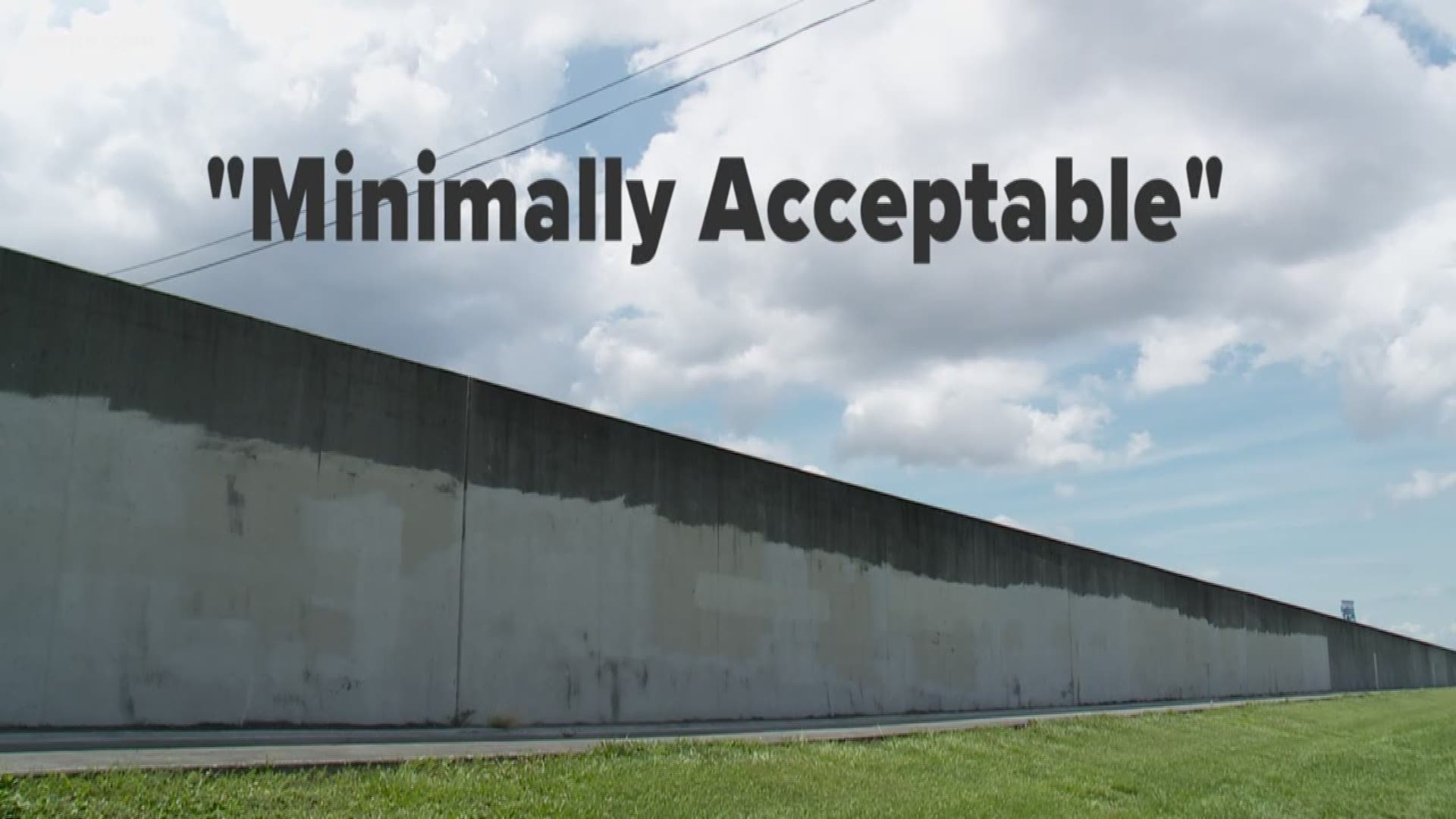 NEW ORLEANS -- Even as the U.S. Army Corps of Engineers celebrates completing the last major part of the $14.6 billion post-Katrina improvements to the area’s hurricane protection system, new concerns have emerged about the level of maintenance on levees and floodwalls.

Grassroots watchdog group Levees.org is calling attention to inspection ratings for the maintenance and operation of the flood protection system. In the most recent inspections from 2016 and 2017, the Corps found all segments of the New Orleans-area levee system were maintained and operated at “minimally acceptable” levels.

“Minimally Acceptable” is an average grade, between “Acceptable” and “Unacceptable,” based on the number of issues inspectors see, such as scouring, ruts, cracks, debris and other possible weaknesses.

“Most of the levees we inspect get minimally acceptable,” said Col. Michael Clancy, the Corps’ New Orleans District commander. “That might not sound good, but it just means something needs to be fixed or improved. Could be as simple as rutting; could be a serious problem.”

Ironically, the ratings are worse now than they were in the years leading up to Hurricane Katrina in 2005, when several critical floodwalls collapsed.

The New Orleans-area levees, floodgates and floodwalls all received “Acceptable” or “Outstanding” grades for annual operation and maintenance each year from 2001 to 2005.

Those inspections are snapshots in time and issues are reported to the local flood protection authorities, such as the Southeast Louisiana Flood Protection Authority – East, to address the problems.

But Sandy Rosenthal, founder of Levees.org, is concerned that the inspection scores have not been readily available to the public, making it harder for them to hold the local agencies accountable.

Despite her dedication as a leading levee watchdog, Rosenthal said she was not aware the inspection scores were available on the Corps’ online National Levee Database until WWL-TV informed her.

She said the Corps made it difficult for her to get the information, even when she requested it under the federal Freedom of Information Act.

“The only reason we even know the ratings are ‘Minimally Acceptable’ every single year is because my group filed a FOIA request, a request under the Freedom of Information Act,” Rosenthal said.

Clancy said the Corps is trying to address this issue by launching a new, more user-friendly website next week. The current National Levee Database only provides the inspection scores for each levee system. The new one, expected to launch Wednesday, June 6, will also include executive summaries of the periodic inspection reports, offering more details about what types of problems inspectors found.

Reading before June 6? Click here for the National Levee Database

A lawyer for the Corps told the website the reports could not be made public because they somehow were used for “law enforcement purposes” and, if disclosed, could expose the system to what the lawyer called “levee attacks.”

Rosenthal said the Corps must be more transparent. Clancy said the new online database will do just that.

“That's a national effort initiated post-Katrina to inform the public nationwide about their risk if you live behind a levee,” he said.