Errol Victor’s attorneys, Graham Bosworth and Autumn Town, are fighting to get him returned to St. John the Baptist Parish jail.

ST. JOHN THE BAPTIST PARISH, La. — The strange story of a Louisiana pastor charged with murdering his 8-year-old stepson continues to get stranger.

Errol Victor Sr. is still being held in Louisiana’s state prison system, 14 months after the U.S. Supreme Court threw out his murder conviction because it was unconstitutional and more than a year after the state Department of Corrections returned him to the custody of the local sheriff.

Now awaiting a new trial, Errol Victor Sr. has been moved all over the state to various DOC prisons since he was released after serving six years of his original life sentence in Angola State Penitentiary. During one stop in a prison in Catahoula Parish, in north central Louisiana, he ran unsuccessfully for that area’s seat in Congress. He claimed he even spent about a month in early 2021 in a prison in Mississippi, although his attorneys said there’s no printed record of that.

There’s also no record of him being in state custody, and yet he’s now being held in Elayn Hunt Correctional Center, a DOC prison in St. Gabriel. Victor’s attorneys, Graham Bosworth and Autumn Town, are fighting to get him returned to St. John the Baptist Parish jail, where defendants who haven’t been tried yet are typically held.

St. John the Baptist Parish Sheriff Mike Tregre has tried to argue that Victor is still somehow in state DOC custody, even though DOC spokesman Ken Pastorick flatly denied that to WWL-TV in January and said it hadn’t been the case since his murder conviction was overturned. An attorney for the sheriff also argued at a court hearing Friday that Victor can’t go back to the parish jail, as he has to be held separately from other detainees because he was in “protective custody” at DOC facilities.

Bosworth said the whole reason he was in protective custody was precisely because he’s no longer a convicted murderer and got the designation as a pretrial detainee who needed to be kept separate from the convicted felons. 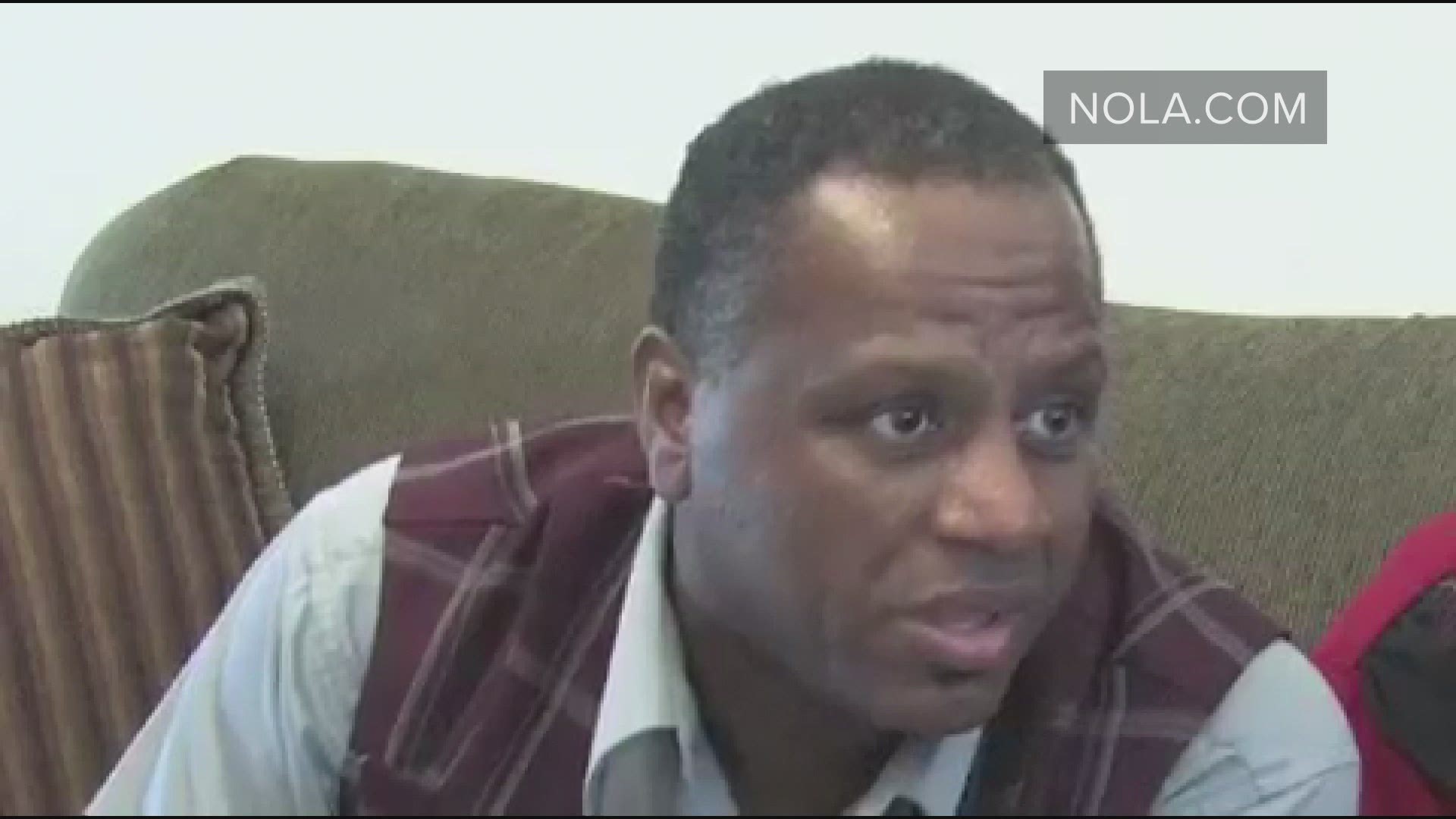 Victor was, however, convicted of a felony for skipping bond ahead of his first murder trial. He and his wife were featured on the TV show “America’s Most Wanted” before their re-arrest in Georgia in 2012.

Bosworth said Tregre defied a subpoena and failed to show up at Friday’s court hearing in Laplace. At the end of that hearing, Judge Dennis Waldron signed an order saying Victor must be transferred back to St. John the Baptist Parish jail, unless another pretrial detention facility can be arranged that both sides approve.

Bosworth said he and Town would try to work that out with Tregre’s office over the next few days, but called Tregre’s efforts to keep Victor out of St. John the Baptist Parish “self-serving manipulation” by the sheriff. Tregre did not return a call seeking comment Friday.

“In our collective 35 years of legal experienced we’ve never witnessed a pretrial detainee being treated the way Mr. Victor has been treated in terms of his detention,” Bosworth said.

Victor was charged with murder in 2008 following the death of his 8-year-old stepson, M.L. Lloyd III. That began a six-year case against Victor and his wife Tonya, the mother of the child. The couple had to be re-indicted in 2010 because of a conflict of interest for the judge. The couple later fired their attorneys and Victor, who is not an attorney, represented them. They then allegedly skipped bail.

After spending almost six years in the Louisiana State Penitentiary, a landmark U.S. Supreme Court decision in 2019 found nonunanimous juries unconstitutional, leading the high court to vacate Victor’s conviction in May 2020 and send the case back to state court.

The state Attorney General’s Office is handling the latest prosecution of Victor.