Back in 1965, Black athletes took a stand against segregation in New Orleans. 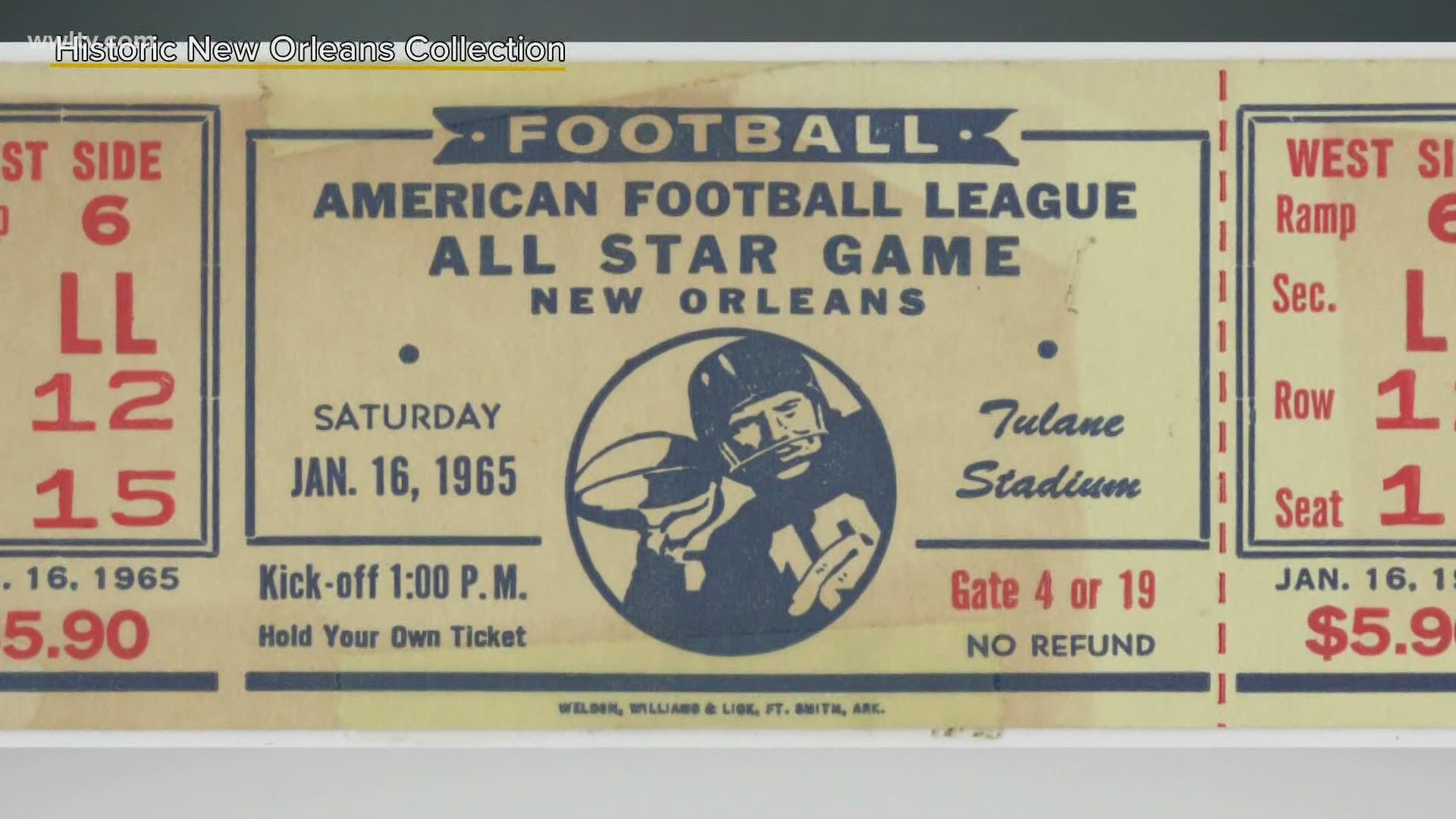 NEW ORLEANS — The Milwaukee Bucks’ boycott of an NBA playoff game Wednesday, while historic in its significance, was not the first time pro athletes refused to play to protest racial injustice.

It happened in New Orleans in 1965, when Black players who had been refused service at local restaurants and bars refused to take the field at Tulane Stadium on Jan. 16 for the American Football League’s annual All-Star Game.

The Black players were forced to wait at the airport for hours because only taxis with Black drivers would pick them up. A doorman on Bourbon Street pulled a gun on Black San Diego Chargers players who wanted to come in to listen to a James Brown song being played at what turned out to be, in plain violation of the months-old Civil Rights Act, an all-white club.

The AFL was a big draw and worthy competitor to the NFL back then, two years prior to the first Super Bowl game pitting the champions of each league against each other. The players’ protest forced the league to move the All-Star Game to Houston, and it had a lasting impact on the larger New Orleans society.

WWL-TV News Director Phil Johnson took to the airwaves with a blistering editorial, saying New Orleans had “blown another big opportunity” and had been “left with an empty stadium, and worse, a big black eye all over America.”

The following January, the Sugar Bowl invited integrated teams. City leaders scrambled to make up for the embarrassing episode, changing the Taxicab Bureau regulations and cracking down on civil rights violations. They had to, or else they would have lost the biggest prize of all: the New Orleans Saints, the NFL franchise granted to the city on Nov. 1, 1966.

Arnie Fielkow, a former Saints executive who became the president of the New Orleans City Council after Hurricane Katrina, said that’s the power of sports to make lasting change.

“Between their economic power and their voice, the players, the coaches, the owners can play a very meaningful role to make change in this country,” Fielkow said.

Tim Duncan, the athletic director at the University of New Orleans, is teaching his scholar-athletes to lead the way for social justice. He shared his own experience with racial injustice in May on social media. He and his wife were in the Boston area visiting family and taking a walk in the suburb of Newton when six police officers pulled up and drew their guns on him.

The Newton Police Department later said they were looking for a suspect from Boston.

“The fact that it could happen to me, just a regular guy who has a job, goes to work, with kids and goes to see games, it can happen to anyone,” he said.

Duncan said he was inspired to see the Bucks, and later the whole NBA and other sports leagues too, take a stand.

“The Bucks, while they were in the locker room actually calling the attorney general’s office in Wisconsin, and they were trying to create some action. They utilized their time to create action and that was the most impressive thing,” Duncan said.

Shondrell Perrilloux, president of the St. John the Baptist Parish chapter of the NAACP, says it can’t just be athletes who stand up – or kneel – for racial justice.

“I commend them. But until we as a people, inclusive of the NAACP, stand up and get the attention of the politicians, we will continue to see this repeated cycle,” she said.

The Bucks players took their stand after Jacob Blake, an unarmed 29-year-old black man, was shot seven times in the back by police in Kenosha, Wis., 40 miles south of Milwaukee, on Sunday. The anger ratcheted up further after a white teen shot and killed two protesters in Kenosha two nights later, and was seen on video walking down the street with his rifle as police drove right past him.

A man could be heard on the video telling police that the 17-year-old suspect, later identified by authorities as Kyle Rittenhouse, had shot some people. But the police appeared to ignore him. Rittenhouse could be seen putting his hands in the air as if to surrender, but was able to go home to Illinois and turn himself in the next morning.

“It’s just amazing,” Duncan said of the way the white teen was allowed to brandish a weapon with impunity. “Whereas, as (Los Angeles Clippers coach) Doc Rivers said it so eloquently, why is there fear (of black people) when we’re the ones getting killed?”

Fielkow is originally from Wisconsin and said people of all races there and across the country are fed up.

“There’s real anger out there, not only among the African-American community, but among the white community, that this should not happen in the United States,” he said. “Right now, with the divisive politics in our country, no matter what side you fall on, this is not who we are as a people.”

Fielkow, now the chief executive of the Jewish Federation of Greater New Orleans, also served as president and CEO of the National Basketball Retired Players Association. He said the players he represented were among some of the first to stand up for racial justice, including Hall of Famer Bill Russell, who led a boycott of a preseason game in Lexington, Ky., in 1961 when he and other Black Boston Celtics were refused service at bars and coffee shops there.

Russell, now 86, was quick to weigh in Wednesday on Twitter to praise the Bucks.

I’m moved by all the @NBA players for standing up for what is right. To my man @TheJetOnTNT I would like to say Thank you for what you did to show your support for the players. I am so proud of you. Keep getting in good trouble. @NBAonTNT @ESPNNBA @espn #NBAPlayoffs ✊🏿

The key now, Fielkow says, is for the players, coaches and owners to pool their considerable economic power and public influence to force lawmakers to implement real, systemic changes in police training and criminal justice reform. He expects players to put forth a formal legislative agenda in the coming weeks.