At the time of WWL-TV's "Down the Drain" special last month, the cost to repair Turbine 4 had reached $26 million. It's now more than $31 million, according to the new S&WB quarterly report. 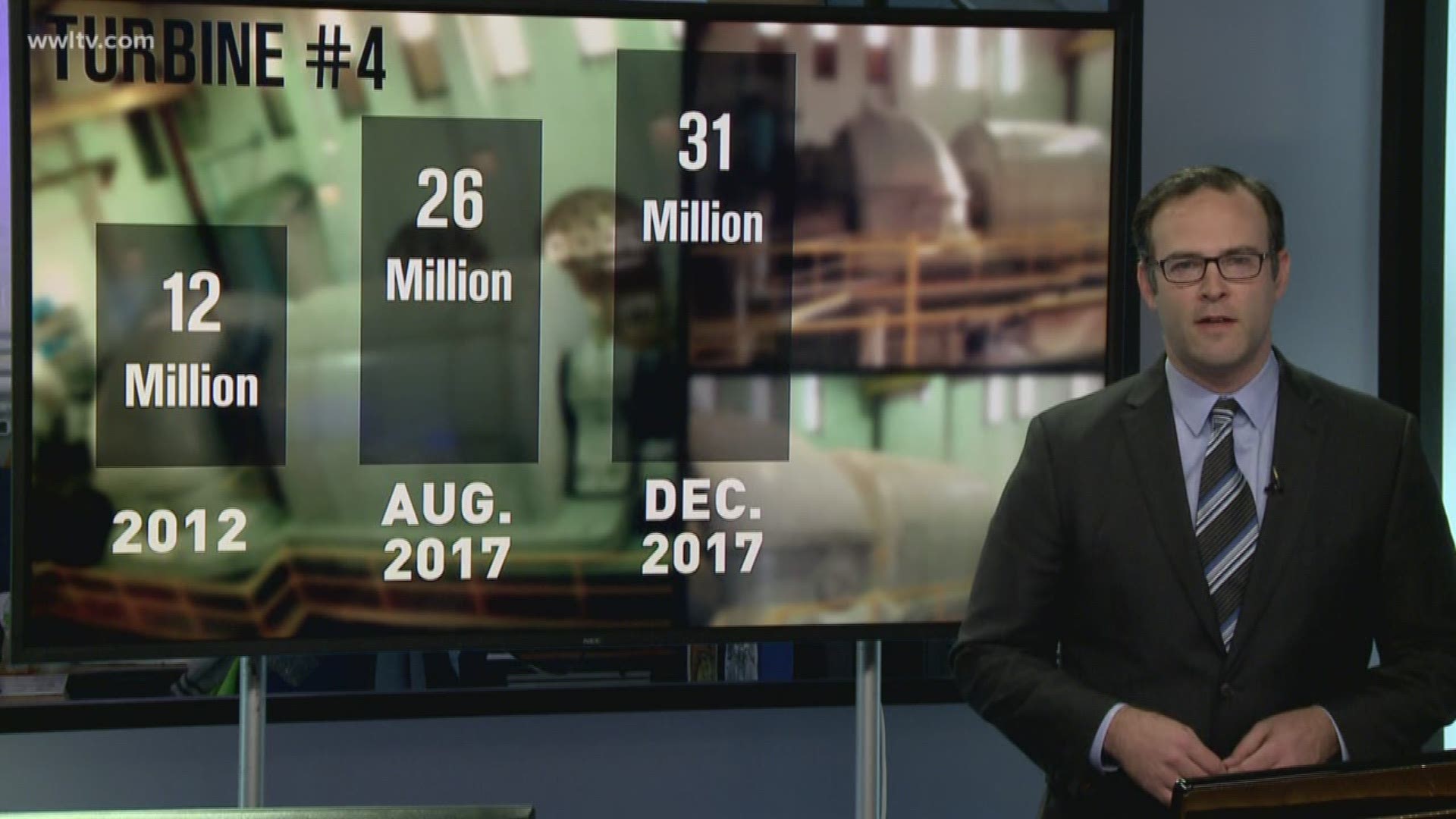 NEW ORLEANS -- The Sewerage and Water Board released a quarterly report this week showing the price of refurbishing century-old power turbines has officially surpassed the cost of replacing them with brand-new ones.

Down the Drain: An Eyewitness Investigation

A chart tracking construction contracts showed $1.2 billion in the project pipeline since 2010, but only $78 million worth, or about 6 percent, has been completed.

At the heart of the problem is troublesome Turbine 4, which is supposed to be the main power generator to run the city's old-fashioned drainage pumps, but hasn't worked since 2012. At the time of WWL-TV's “Down the Drain” special last month, the cost to repair Turbine 4 had reached $26 million.

It's now more than $31 million, according to the new S&WB quarterly report.

That's more than the Army Corps of Engineers spent to build, install, connect and house a brand-new gas-fired turbine – known as Turbine 6 – for the S&WB in 2016.

The new S&WB report estimates that Turbine 4 will be fixed my mid-2018. And until it's back up, the S&WB can't start construction on the rest of the turbines awaiting upgrades.

Turbines 3 and 5 were supposed to be completed years ago, but that was when S&WB officials expected Turbine 4 repairs to be done in 2013. Instead, because of the five-plus years of delays with Turbine 4, Turbines 3 and 5 have been breaking down, working at reduced capacity and their refurbishment is still stuck in the design phase. The quarterly report shows that it will take an additional $42 million to fully repair them, with expected completion dates of 2019 and 2021, respectively.

Add another $50.3 million to refurbish the old-fashioned boilers that are needed to run each steam-powered turbine, and the price to get all three of those turbines fully operational is $123.3 million.

As WWL-TV reported last month, it would have cost just $93 million to build, install and connect three brand-new turbines, each with its own newly constructed building, and those turbines would have run on natural gas rather than steam. It now costs the S&WB three times as much to run the boilers to make the steam to power the turbines than it does to simply buy electricity from Entergy.

The S&WB is using funds from FEMA's Hazard Mitigation Grant Program to foot the cost of refurbishing the turbines and boilers, improving the power grid and building a new water intake system.

A repeated goal of the S&WB's emergency interim management team is to have its power and drainage pumping capacity at a secure point by next hurricane season.

To watch the full Down the Drain special click here.