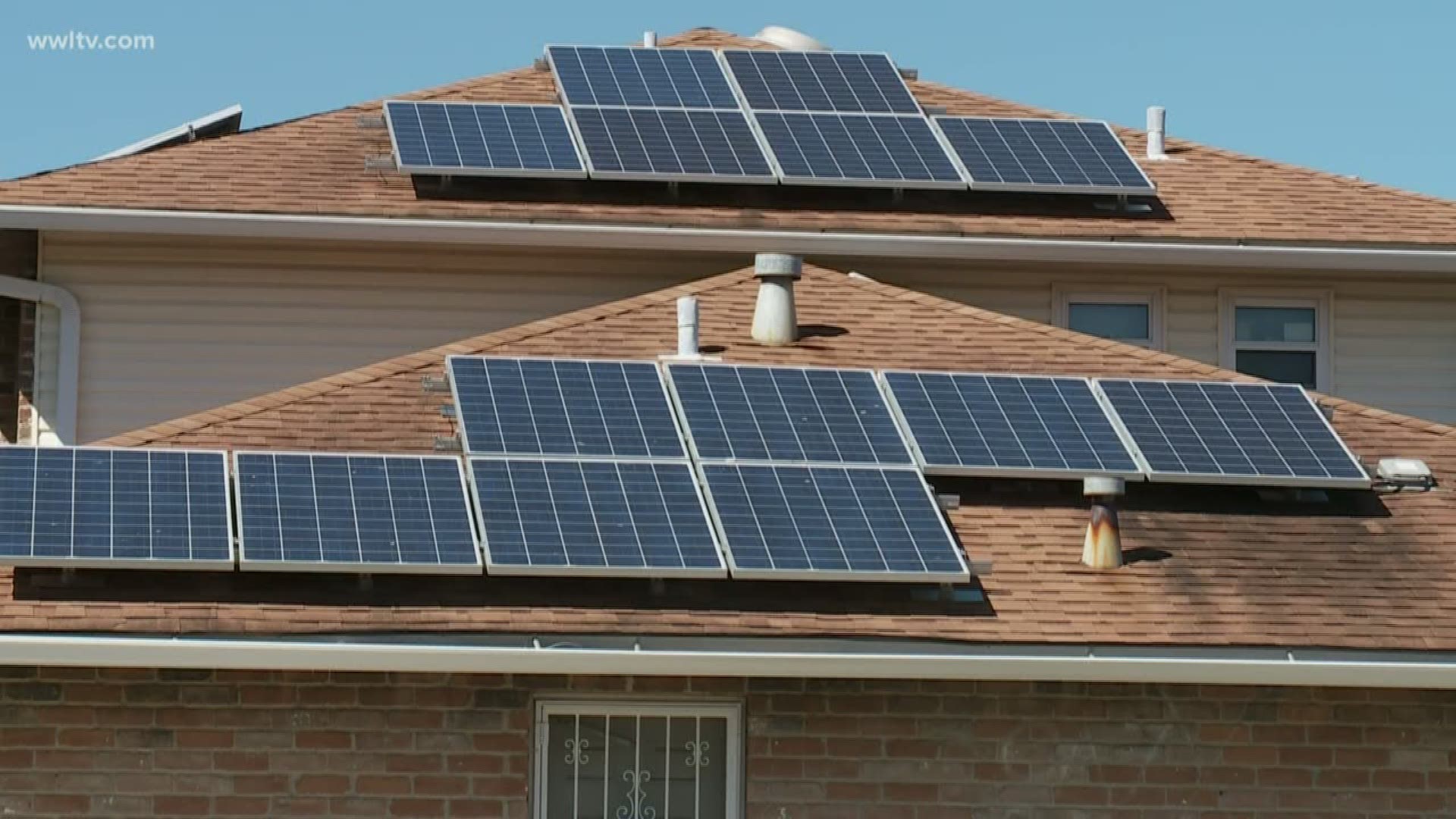 The state’s 27,000 existing rooftop solar customers were grandfathered in under the old rules for the next 15 years, but solar installers believe the rule change will kill their future business.

Approximately 8,000 solar customers in the city of New Orleans are not affected because they are regulated by the City Council, not the Public Service Commission.

Since 2007, Louisiana has allowed solar customers to sell any surplus electricity they generate from rooftop panels to the public utility grid at the same rate as they purchase power – at about 10 cents per kilowatt-hour.

That essentially meant residential solar customers could power their homes on solar electricity while the sun is shining and store the excess electricity on the grid for when they needed it at night. That was important because batteries for storing solar power in a home can cost $5,000-$10,000, on top of the $25,000 installation cost for a typical rooftop panel system.

The new rule adopted Wednesday on a 3-2 vote says utilities can purchase the home-made solar power at the avoided-cost, or wholesale rate of approximately 3 cents per kilowatt-hour. That essentially forces solar customers to pay the utility company 7 cents to use power they had already produced for themselves and loaned to the grid.

Jeff Cantin, owner of Solar Alternatives and a member of the Gulf States Renewable Energy Industry Association, said that’s devastating for the businesses that sell and install solar panels in Louisiana.

“Today, three commissioners voted to send hundreds of high-tech Louisiana jobs out of state, as well as send a big gift to monopoly utilities,” Cantin said. “The commissioners’ change to solar net-metering makes it harder for residents to lower power bills.”

Louisiana joins Nevada and Hawaii in limiting the amount of credit solar customers can get from selling excess power to the grid.

The three commissioners who voted to change the net-metering rules were Eric Skrmetta of Metairie, Craig Greene of Baton Rouge and Mike Francis of Crowley. Voting against a change were Foster Campbell of Shreveport and Lambert Boissiere of New Orleans.

Skrmetta has led the charge to limit solar net-metering for years. It was a key part of the 2014 election when he narrowly beat renewable energy advocate Forest Bradley-Wright, whose supporters ran TV ads depicting Skrmetta being “in the pocket” of the utility companies.

Campbell, a former U.S. Senate candidate, made an impassioned plea to save the current net-metering rules at Wednesday’s hearing, which was packed with dozens of people wearing green “Save Our Solar Jobs” T-shirts.

But Skrmetta said Wednesday’s vote was actually a compromise that protects the benefits of roof-top solar panels by also eliminating a rule he previously championed. That rule, known as a net-metering cap, allowed utilities to cut off any net-metering as soon as the electricity from solar sources exceeded 0.5 percent of the total power on the grid at peak-load times.

“The cap is now lifted,” Skrmetta told WWL-TV after the vote. “Most of the (smaller utility) co-ops had already reached 1 percent of their meters (coming from solar power), so now solar is unrestricted in the state, so customers in those areas can go out and do it now.”

Skrmetta has long argued that roof-top solar customers were getting an unfair benefit over non-solar customers, especially after the state and federal governments helped defray the costs of installing solar panels with tax credits. The state tax credits are no longer available in Louisiana.

“The idea behind solar is it can zero out your bill, and it still does that,” Skrmetta said. “The problem is people were looking at it as a way to make surplus electricity and make money. We had to balance that off. This treats solar customers who sell excess power like any other merchant power facility.”

Note: This story was updated to clarify that solar customers in the City of New Orleans are not affected by the Public Service Commission rules. Also, a previous version of the story incorrectly stated that Forest Bradley-Wright made an impassioned plea to save the existing rules, when it should have said Foster Campbell did that.