It's not clear that the city has the power to fine the Sewerage & Water Board, which is a state-authorized government entity. 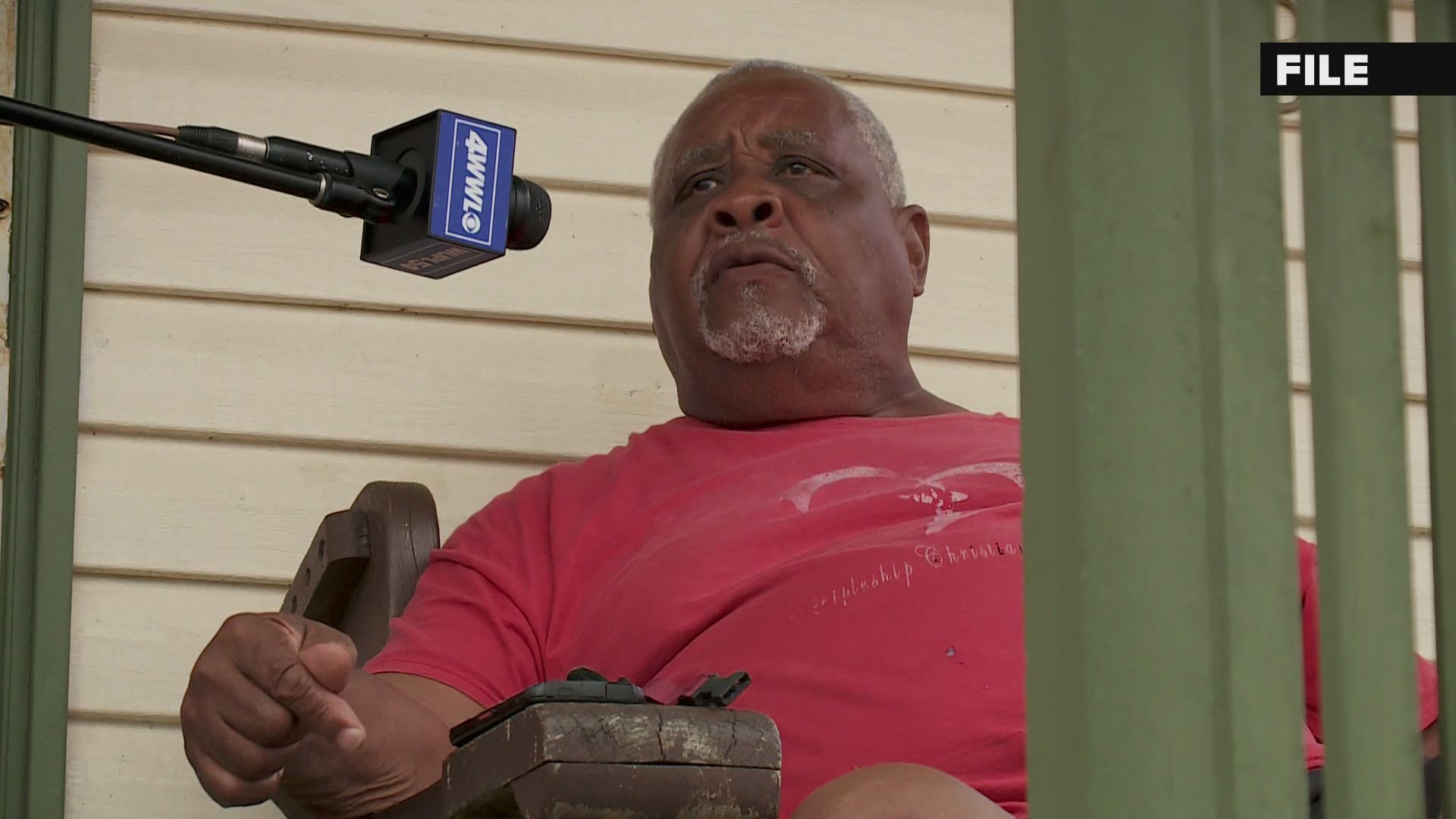 NEW ORLEANS — Frustration is reaching a boiling point in the Carrollton neighborhood as the Sewerage & Water Board continues to produce ear-splitting noise to keep the city’s ancient and delicate drainage and water pumps working.

Melissa Lilly, who lives two blocks from the Sewerage & Water Board’s Carrollton Power Plant, first spoke to WWL-TV about the noise nuisance in early March, when a near-total loss of in-house power forced the agency to run loud backup diesel generators, known as EMDs, that woke up Lilly and other neighbors in the wee hours each morning.

Now, she's calling on Mayor LaToya Cantrell to use the city's Health Department to fine the Sewerage & Water Board for violating the city's noise ordinance.

But she was met with odd responses from Cantrell, who initially responded that there wasn't enough time to go through the proper process to hire a contractor to build some kind of noise barrier. Lilly said that's not what she was asking about.

When she pressed Cantrell about fining the agency, Cantrell's response was, "Not with me ma'am. Thank you."

Asked what that meant and about the possibility of fining the Sewerage & Water Board, a mayoral spokesperson sent a statement that didn't address either question:

"While the city and the Sewerage & Water Board regret the inconvenience to neighbors impacted by noise, the alternative, based on currently available resources, would be to allow flooding during those occasional instances when EMDs become necessary to avoid flooding and destruction. The Sewerage and Water Board is working diligently to resolve the noise problem and expects to have the issue resolved in early May.”

Repeated and extended failures of the S&WB’s two largest turbines, Turbine 4 and Turbine 5, had pressed the five Electro-Motive Diesel generators into service. They produce barely half the power generated by either Turbine 4 or Turbine 5, but the EMDs were critical to producing an old-fashioned type of electricity that’s needed to run half the city’s drainage pumps.

In addition, starting in February, Turbine 1 suffered a leaky valve, requiring a loud device called a “vacuum hog” to run 24/7 so the 105-year-old steam turbine could keep the city’s drinking water pumps going.

Lilly tried to work through public board meetings to get some kind of barrier built to buffer the neighborhood from the EMD noise. The Sewerage & Water Board refused, urging patience while promising the repeatedly broken Turbine 4 would be back online May 9 and Turbine 5, which exploded in December 2019, would be restored in June.

WWL-TV measured sound levels from the EMDs consistently above 90 decibels, the equivalent of standing next to a running motorcycle engine. On April 15, Lilly wrote an email to Cantrell, urging her to send the Health Department to measure the sound levels and fine the Sewerage & Water Board for violating city noise ordinances.

“The EMDs ran for over 40 hours straight this week from 8:30 am on 4/13 to 4 am this morning 4/15,” Lilly wrote. “There was a two-hour reprieve from 4 am until 6 am and they ran again from 6 am until 2 pm today. Measurements taken this morning measured over 100 dB at the property line and 77 dB at a school nearby. This is not acceptable, even for a short period of time, without other assurances.”

Extended exposure to noise over 85 decibels can cause eardrum damage.

The exchange got testy when Cantrell said there wasn’t enough time to hire a contractor to build any noise barriers and again asked Lilly to be patient and wait for May 9, referring to the impacts on the community as a “shared sacrifice.”

“With all due respect, it is the only way that we can provide power at this time,” Cantrell wrote. “Unfortunately, there is no action you can take that will force us to override procurement laws etc.”

“To clarify, my request was not for an override of procurement laws. The request was for the Health Department to enforce the Code as it's required to do. To answer the complaints of many citizens,” Lilly responded.

At the end of the email, Lilly added, “With all due respect, Mayor/President Cantrell, please reconsider the request I made of the City of New Orleans, a body you lead, to properly regulate the S&WB (a body you also lead) through the Health Department, all as set out in the City's code.”

"Mayor Cantrell is the head of the health department ultimately," Lilly said in an interview Thursday with WWL-TV. "And then, we can't appeal to the mayor because she's also the president of the board of the Sewerage and Water Board. So it really all sort of seems incestuous."

It's not clear that the city has the power to fine the Sewerage & Water Board, which is a state-authorized government entity. But the S&WB has previously requested and received waivers from noise ordinance violations for construction.

Lilly said that shows the S&WB knows it must comply with the ordinance. She and other neighbors say the waivers the agency already received don’t apply to the regular operation of equipment.

Joe Giarrusso, the district City Council member for the area around the power plant, also leads the committee that overseas Sewerage & Water Board operations. He said the agency must produce a quarterly report to the City Council, and he’s asked the S&WB to explain what it will do to reduce noise impacts if Turbines 4 and 5 go down again.

“The answers are due this Saturday,” he said. “Let’s see how they respond to that in writing.”