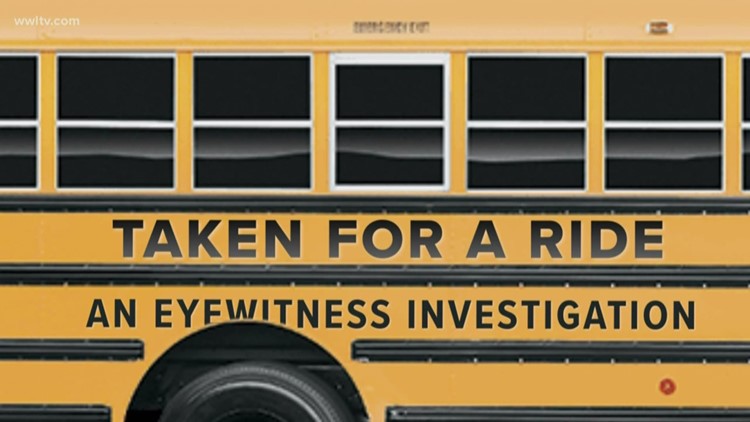 Taken for a Ride - A David Hammer investigation

NEW ORLEANS — In late 2018, Eyewitness Investigator David Hammer began checking into complaints about school bus operations, the conditions of buses and the status of the drivers. What he found led the New Orleans City Council to seize control of school bus inspections and licensing. And his stories raised more questions about other problems, such as allegations of a rigged contract, falsified insurance documents, changing of public records and grade-fixing, leading state and local authorities to investigate.

Here's the latest update from the Eyewitness Investigation:

And you can read how the Taken for a Ride investigation developed below:

- Taken for a Ride: How safe are charter school buses?

- Taken For a Ride: Charter school bus firms cutting corners to save money

- Taken for a Ride: Subcontractors driving buses without some charter schools' knowledge