Taken for a Ride: Subcontractors driving buses without some charter schools' knowledge 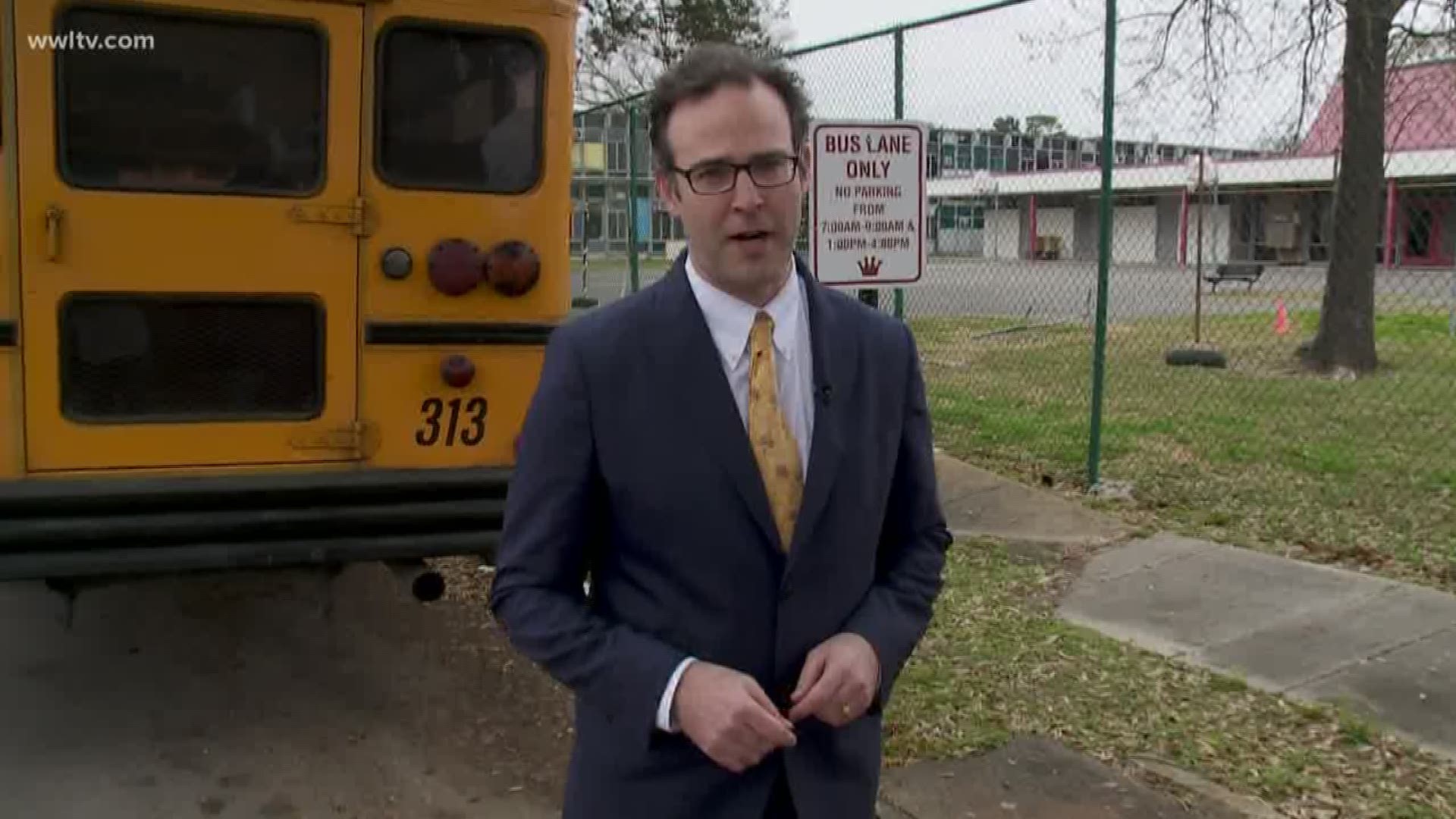 NEW ORLEANS — As the city of New Orleans tries to clamp down on a charter school bus system that one city official described as the “wild, wild west,” a new problem has emerged.

Not only must local governments regulate the 18 different school bus companies holding contracts with 90 charter schools in the New Orleans metro area, but there are also dozens of additional bus companies operating as subcontractors, providing buses and drivers for public charter schools.

These subcontractors drive regular routes for the schools with their own buses and drivers – information that, in at least some cases, appears to not be reported to the charters schools or the public entities that run them.

In fact, when WWL-TV discovered the issue this week and asked the head of a local charter school collaborative about the practice, he said he was unaware it was happening.

“That’s a real surprise because we’ve been working on a common contract for all our charter schools to use and it doesn’t say anything about subcontracting buses,” said Ken Ducote, executive director of the Greater New Orleans Collaborative of Charter Schools. “Now I’m going to make sure that they can’t subcontract out without at least notifying the school.”

Mayor LaToya Cantrell’s administration has been working on a plan to clamp down on school bus violations for months. Ever since Hurricane Katrina, the city's public school system has become a loosely regulated charter school system, one where each charter management organization is responsible for hiring its own school bus service.

No longer are local school boards able to control the school buses. To fill that void, the New Orleans City Council passed a new ordinance last week to require school bus vendors and drivers to get CPNC for-hire licenses for the first time, submit to new city inspections, perform background checks on drivers and notify the city of where each school bus is stored when it’s not in use. The ordinance also requires proof that each bus is insured and covered under at least $1 million in general liability coverage.

The city’s Safety and Permits Department indicated it was aware of the subcontractor issue. It estimates there are around 60 companies actually providing bus service to the schools, although only 18 of them have vendor contracts directly with the charter schools to provide home-to-school service. The other 40 or so companies are subcontractors, but the Safety and Permits Department won’t be able to get a true count until it collects documents from the companies under the ordinance.

“We really need to make sure that everybody is held accountable, all the buses, all the bus drivers, regardless of if they’re a subcontractor or if they’re in a larger company,” said Councilwoman Kristin Gisleson Palmer, who sponsored the ordinance.

WWL-TV discovered the issue while investigating charter school bus contracts in its series, “Taken for a Ride.” WWL-TV found least six individuals or companies providing their own buses for regular routes to and from charter schools under those schools’ contracts with the largest local school bus vendor, Hammond’s Transportation.

“I allow them to get their own buses and then they are motivated, and they can get experience as a private company,” Hammond said. “They do the same background checks, same drug tests, same training as my drivers.”

Hammond has also said that skyrocketing insurance costs are threatening his and other bus vendors, with $1 million in general liability coverage costing $20,000 to $30,000 per bus. It’s unclear if a main vendor, such as Hammond’s, also has to pay to cover subcontractors’ buses. Hammond’s certificate of insurance indicates its general liability coverage covers non-owned and hired vehicles, as well as the ones Hammond’s owns.

The problem is that the schools that hire Hammond’s and other main bus vendors may not be aware that some of the buses and drivers on their routes are provided by other companies. When WWL-TV asked all 52 charter management organizations that operate schools in the New Orleans area to provide proof that the buses carrying their students had current insurance coverage, not one indicated that a third-party subcontractor owned some of the buses.

One of Hammond’s subcontractors, Shar-Kyc LLC, is owned by Shawn Jackson and does business as K and S Transportation. Jackson said his company has five buses that serve area charter schools, including two for schools in Central City run by KIPP Public Charter Schools.

Jackson said he provides his own insurance coverage on his buses. He said he makes sure all of his drivers attend safety meetings and he and his supervisors “tightly watch” the drivers.

“We provide our (proof of) insurance to Hammond’s, and they would provide it to the school,” he said.

But in response to WWL-TV’s public records request, KIPP did not provide proof that each bus serving its students is insured. It only provided a certificate of insurance from Hammond’s, and there was no indication that any of the buses were covered under Jackson’s separate policy.

There are five school buses that park each day on Halsey Avenue on the West Bank. They serve KIPP schools and Rosenwald Academy, a school run by Collegiate Academies. The bus company names that are required on the sides of school buses have been removed or they are simply labeled “School Bus.”

Officials from KIPP New Orleans did not respond to requests for comment about this issue. But Collegiate Academies did. Spokeswoman Zoey Reed said the organization has been aware that Hammond's subcontracts some of its routes and knows who owns the buses.

Ducote said he doesn’t believe any of the schools in his collaborative, which mostly represents community based charter schools, are aware that third parties may be providing some of the buses and drivers on their routes.

“And that’s pretty scary, right? For parents to think that even the schools don’t understand what school bus drivers are out there,” Palmer said.

Ducote and Palmer believe the new city ordinance, by requiring twice-a-year CPNC license inspections, will help ensure the subcontracted buses are properly insured and safe and that the drivers are properly licensed. But the city ordinance would not provide any oversight for 12 charter schools that are located outside New Orleans.

What’s more, Ducote worries that the schools could be unwittingly paying a premium for subcontracted buses. He said they should be able to hire buses directly instead of paying a middle-man for some of them. Collegiate Academies' Reed said she does not believe the school pays any higher price for buses Hammond's hires from subcontractors.