Tense YMCA board scrambles to replace CEO amid scandal

The NOPD and Louisiana State Police are investigating allegations that at least 10 employees at a local charter school had falsified criminal background checks. 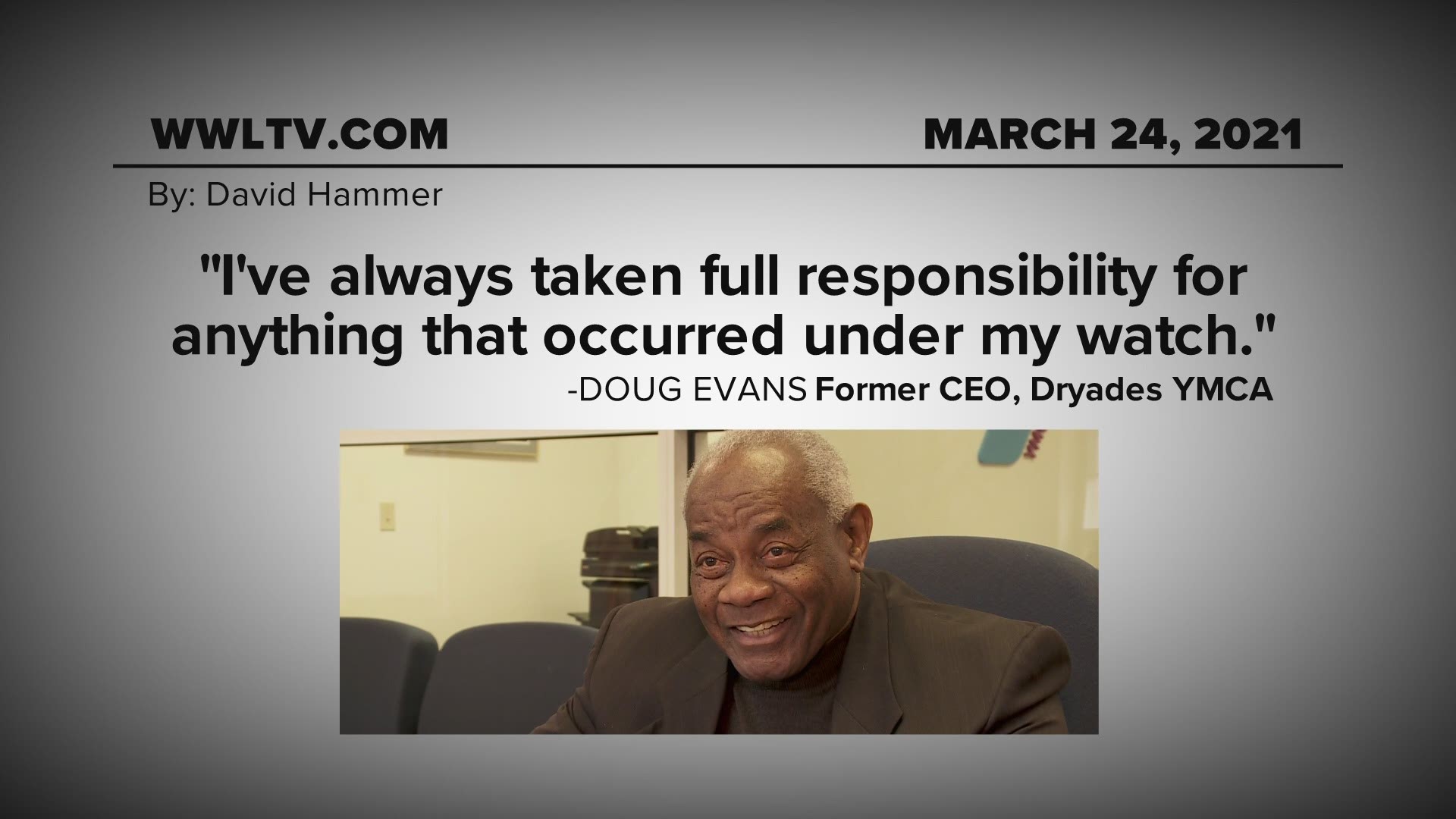 NEW ORLEANS — The Dryades YMCA board of directors held a tense meeting Friday and had to scramble to deal with the retirement of its longtime president and chief executive officer as state and local police looked into allegations of employees’ falsified background checks.

It was the first time the board had met since a scathing letter earlier this month from New Orleans Public Schools alleged fake employee background checks at James Singleton Charter School, a public K-8 school run by and housed in the historic Y in Central City.

The board members gave the Y’s departing president and CEO, Doug Evans, a standing ovation after he made brief comments. He spent 45 years working for one of the few formerly segregated Black YMCA’s left in the country. Evans touted his team’s work supporting and educating the Central City community, providing youth programs and teaching water safety.

But there was no avoiding the fact that his resignation comes amid scandal.

It’s unclear what led to her departure, but federal court records show she was convicted of robbery in 1996. She was also charged with embezzlement, although that charge was dropped, and had to pay more than $1,100 in restitution to Delta Bank and Trust.

Sources told WWL-TV Reed hid her financial crime from the YMCA before she was hired to handle the agency’s multi-million-dollar finances. But YMCA board member Samuel Odom, Ph.D., who is now handling the Y’s day-to-day leadership, said he couldn’t say what led to Reed’s departure.

WWL-TV’s attempts to reach Reed this week were unsuccessful.

George declined to comment, but the school district said his March 10 letter spoke for itself. The letter alleged that a routine compliance check at Singleton found at least 10 employees who had criminal background checks with false identification numbers or incorrect State Police signatures.

George said that in several instances, the background checks showed no rap sheet when the employee actually had one. And in at least one instance, the employee had a criminal conviction or pled no contest to a crime that prohibited that person from working at a school, George wrote.

Sources told WWL-TV that the unnamed employee’s record included an alleged crime against a minor and that the employee worked with children at Singleton, checking them for pandemic compliance prior to being fired this month.

Evans declined to grant an on-camera interview Friday, but he did give WWL-TV a phone interview Wednesday. He said he would cooperate with the investigation, but wouldn’t comment on what responsibility he bears for the employee scandals.

“I’ve always taken full responsibility for anything that occurred under my watch,” he said.

He also claimed he had been preparing to retire since November, but his departure appeared to catch the YMCA’s board off-guard, forcing it to add to its agenda Friday to name Odom as the point-of-contact for daily operations and to start a search for Evans’ interim and eventually his permanent replacement.

“He gave 45 years of his life to the Dryades YMCA and the metropolitan New Orleans community,” Odom said in support of Evans. “We applaud him for that. In terms of what has happened, the investigation will render the facts and the facts will let us know, including Channel 4, who's responsible.”

RELATED: Backwards flowing drainage pump was the cause of Lakeview street flooding Wednesday