Neither the defendants who sit in jail nor the victims who await justice are being served by the pandemic-induced wait for a trial. 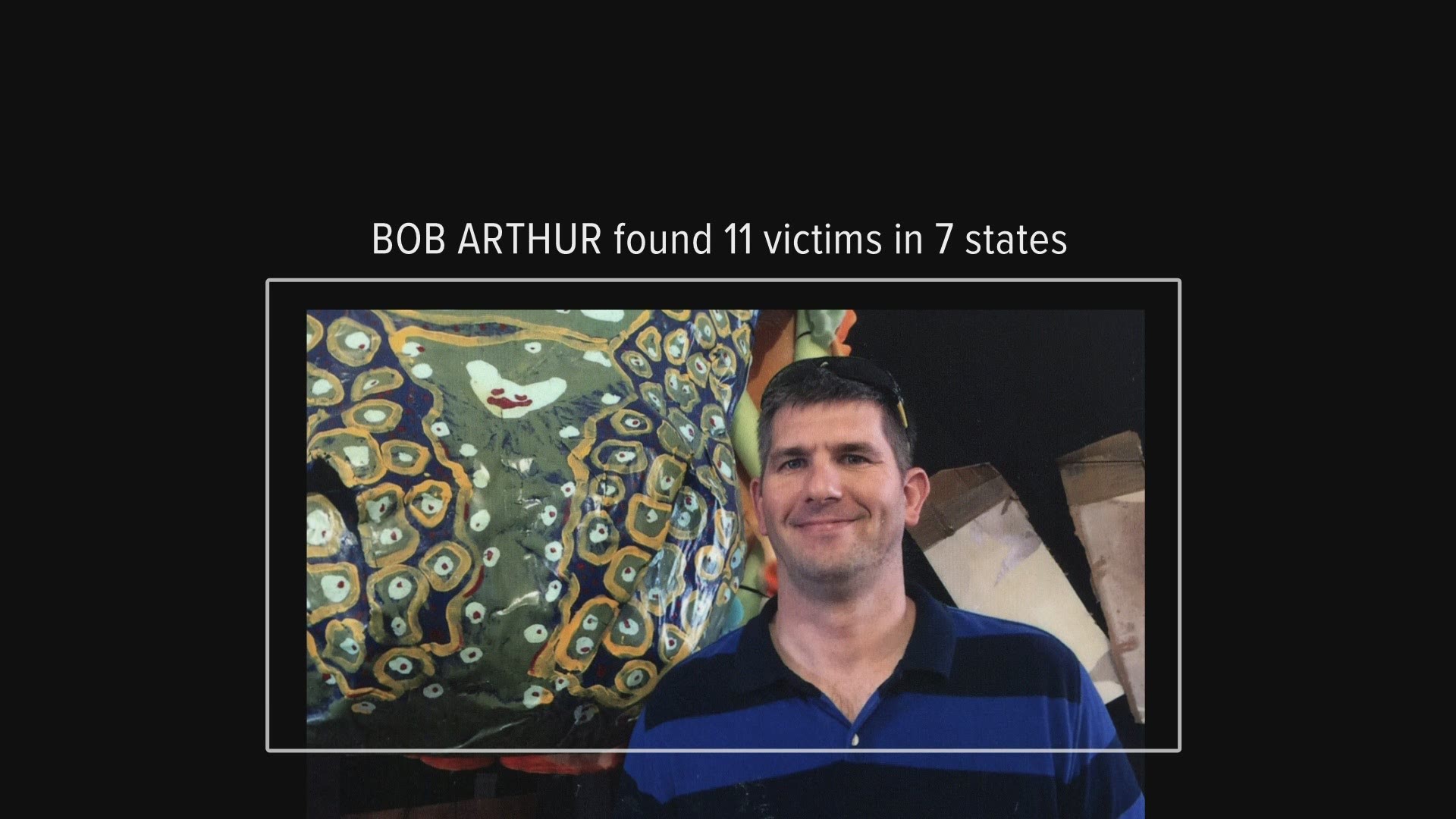 NEW ORLEANS — Bob Arthur hasn’t been waiting passively for justice in the four years since his 40-year-old son, Shawn, turned up dead in his Metairie apartment.

It took another year of Bob and his team gathering evidence of a nationwide crime spree to get federal authorities to file criminal charges against a couple they believe are responsible for Shawn’s death.

But just as the wheels of justice seemed to be slowly turning, they screeched to a halt last March when the coronavirus pandemic shut down jury trials across the New Orleans area. Federal and state courts are already facing a monumental backlog of criminal cases, even if trials resume in April in the state system and in May in the federal system, as currently hoped.

“It just keeps a family from having closure. I mean, how do you end it all when you know it's still hanging out there?” Bob Arthur said. “I mean, it's just a constant reminder.”

Thousands of cases on hold

The case surrounding Shawn Arthur’s death is just one of thousands in limbo in southeast Louisiana.

In Orleans Parish Criminal Court, there are 11,000 pending cases, and that’s only counting those involving indigent defendants represented by the public defenders’ office.

In Jefferson Parish, where the 24th Judicial District Court usually closes more criminal cases than are filed each year, 2020 ended with 1,500 open cases.

“It is going to be very difficult to clear up this backlog,” said WWL-TV Legal Analyst Keva Landrum, the former chief judge of Orleans Criminal Court. “It is going to take every player in the criminal justice system coming up with what that plan is going to look like, specifically from a judge's perspective.”

Landrum faced just a fraction of the current backlog when she was first elected to the bench in 2008 and had 50 jury trials on her docket for the year, the most in the state’s busiest criminal courthouse.

Each of the 12 divisions in that courthouse would have to hold more trials this year to make a dent in the coronavirus backlog, but Landrum thinks there could be another solution. The number of cases going to trial may be reduced by new District Attorney Jason Williams.

Even though she just lost to Williams in the D.A. race, Landrum said Williams’ focus on criminal justice reform and limiting prosecution of non-violent crime could do a lot to help the cause.

“This may be pushing us across this country to really look at the things that are important, look at how we achieve reform and get the system going,” she said.

There is another obstacle emerging, however, and it’s unique to Louisiana. Potentially hundreds of defendants in violent crime cases are being recycled onto court dockets across the state because they were convicted by non-unanimous juries and are now being granted new trials.

In a case called Ramos v. Louisiana, the U.S. Supreme Court ruled on April 20, 2020, that Louisiana’s split-jury system, in which murderers and other violent criminals could be convicted on 10-2 or 11-1 verdicts, was unconstitutional. Over the course of 2020 and into 2021, cases still on direct appeal were remanded to Louisiana courts for new trials.

More than 1,000 others who were convicted on split-jury votes but already exhausted their appeals before Ramos was decided are also holding out hope that they’ll be granted new trials. The U.S. Supreme Court would have to agree to apply its Ramos decision retroactively, something it’s never done.

RELATED: Louisiana case headed to Supreme Court could get new trials for more than 1,000 inmates

Long waits for defendants too

But Reserve pastor Errol Victor Sr. is one person who was convicted by a split jury and was granted a new trial less than a month after Ramos. A St. John the Baptist Parish jury convicted him 10-2 in 2014 of second-degree murder in the death of his 8-year-old stepson. He spent more than six years in prison before the U.S. Supreme Court overturned his conviction, but he’s still in jail at the Elayn Hunt Correctional Center in St. Gabriel, without a new trial date because of the pandemic.

“I was in the United States Supreme Court and the first one overturned after Ramos -- the very first one,” Victor said during a jailhouse phone call last month, although it’s hard to know which of 12 cases overturned in light of Ramos by the high court on April 27, 2020, was truly the first.

“And people 10-2 been bonded out and whatever,” added Victor, who continues to profess his innocence. “So, how am I sitting here with no bond? What are you talking about? No conviction and no sentence and no bond?”

Normally, the state would have a year to set a new trial date. But instead of doing that, authorities have been moving Victor to at least three different jails since he was released by the Louisiana Department of Corrections back to the custody of St. John Parish -- none of them in St. John.

Last month, he declared a long-shot candidacy for U.S. Congress in northeast Louisiana because he was being held at the time in a jail in Catahoula Parish, about 200 miles from where the crime allegedly happened.

“People can't be in jail 20, 30 years and you talking about they need to get another trial. Now it's too late,” he said. “Because the speedy-trial clock never stopped.”

But Landrum says that's not true this year, again because of the pandemic. The Louisiana Supreme Court had already suspended the normal speedy-trial rules when Victor’s case was remanded, meaning the yearlong clock doesn’t start ticking again until the criminal court in Edgard resumes trials.

The wait can be equally painful for the families of crime victims like Shawn Arthur.

Bob Arthur’s dogged efforts turned up 11 victims with stories similar to Shawn’s in seven states from California to Georgia. A private investigator he hired recorded prostitute Dominique Berry in a Georgia jail admitting she had drugged Shawn in his apartment so her pimp, Randy Schenck, could rob him.

In the jailhouse recordings, Berry said she didn’t know Shawn Arthur had died, but acknowledged teaming with Schenck to lure more than 50 men with sex, feed them drugs and alcohol to render them unconscious and take their valuables.

Berry pleaded guilty in December 2019 to conspiracy and identity theft charges, but her sentencing has been pushed back to March 18. Schenck denies the charges against him. His trial, originally set for last summer, is now scheduled for July 2021.

Bob Arthur doesn’t understand why technology being used to keep hearings and other court business moving can’t be used for trials.

Arthur hasn’t been able to convince Jefferson Parish authorities to file any state homicide charges. District Attorney Paul Connick’s office has declined to comment during an ongoing investigation and while federal charges are pending.

Matthew Sledge of The Times-Picayune | New Orleans Advocate contributed to this report.