When a driver got into a minor crash with a Scholars First school bus, he assumed all the insurance would be in order. When he tried to file a claim, he was told their policy was cancelled more than a year earlier. 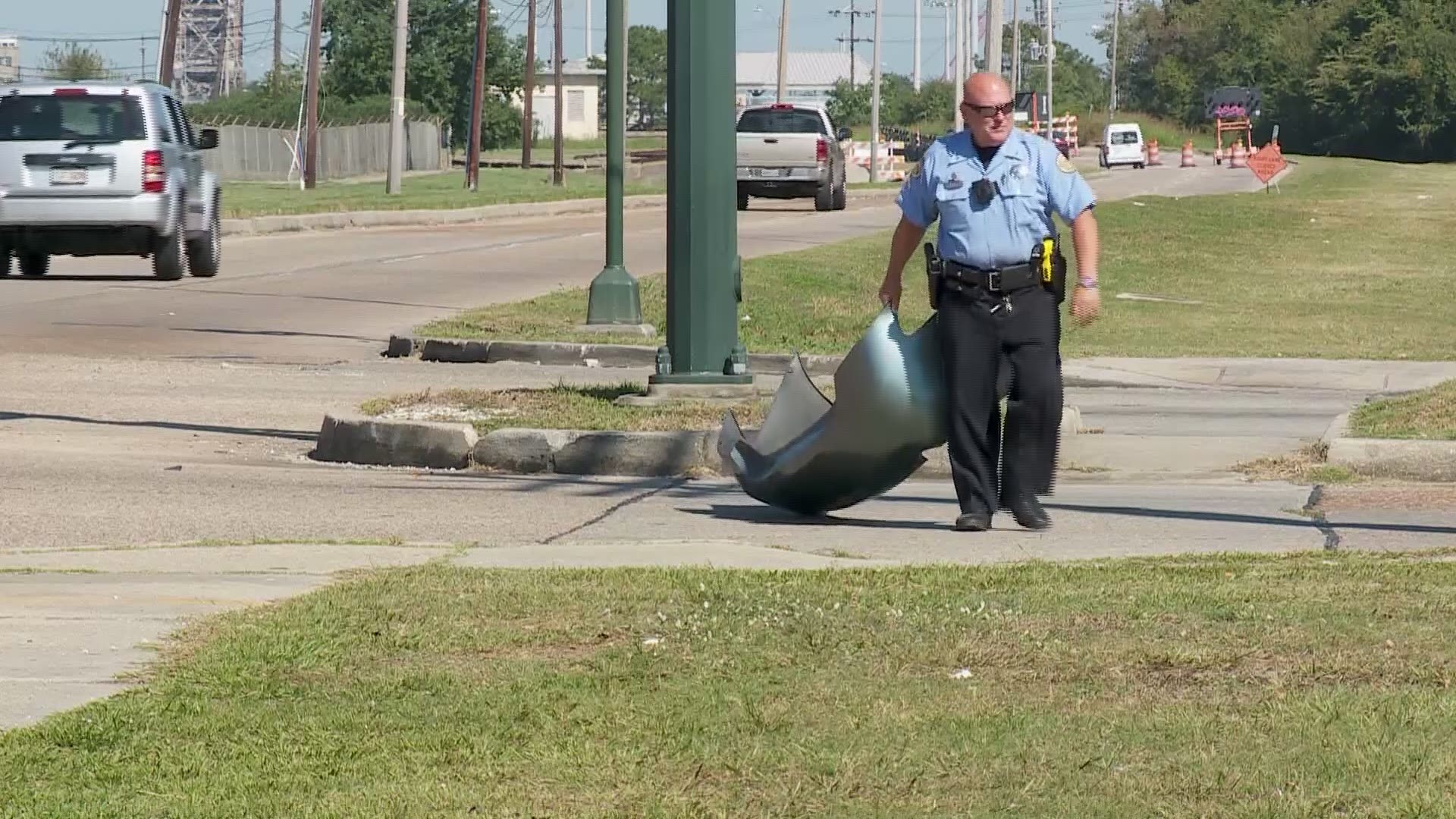 NEW ORLEANS — An exclusive WWL-TV investigation has found that Scholars First, a private school bus company that serves nine New Orleans charter schools, has been certifying its insurance coverage to schools using “falsified” documents, according to the insurance agency listed on those public records.

WWL-TV discovered these issues with Scholars First’s insurance coverage as a part of its “Taken for a Ride” investigation, which has already uncovered major safety and parking violations, falsified brake tags and missing insurance on many of the school buses that serve 70 of the 90 New Orleans area charter schools.

School buses used to be provided by the Orleans Parish School Board for all public schools in the city, but since Hurricane Katrina, a shift to independent charter schools has led to a dearth of school bus oversight. Mayor LaToya Cantrell’s administration responded with a new city ordinance that places school buses under the taxicab bureau, requiring twice-annual inspections, for-hire vehicle licenses and background checks for all drivers.

It also requires the city of New Orleans to be listed as an additional insured party on all school bus policies, in hopes the city will be notified when a bus vendor loses or changes insurance policies and will have standing to verify the coverage is current.

But those changes don’t go into effect until next school year. Meanwhile, a simple fender-bender last month helped expose the possibility that school bus companies are providing schools with false documents about their insurance coverage.

Elias Newman said he was trying to turn left from Orleans Avenue onto North Galvez Street when a Scholars First bus coming the opposite direction swiped his back left bumper, almost knocking it clear off.

Luckily, the school bus didn’t have any kids on it and nobody was hurt.

Newman said he assumed with a school bus that all the insurance would be in order, too. Then, the driver couldn’t produce a driver’s license, registration for the vehicle or an insurance card.

Newman said it was a “red flag” when the driver had to call a Scholars First manager to the scene to show him digital photos of a driver's license and what looked like a printed copy of an insurance card. That card indicated the whole fleet was insured by Mesa Underwriters Specialty Insurance Company of Arizona.

But when Newman tried to file an insurance claim, he received an email from Mesa Underwriters stating Scholars First’s policy had been cancelled more than a year earlier.

Mesa Underwriters spokesman Jamie Beal confirmed to WWL-TV that the policy Scholars First showed Newman had expired in January 2018 and hasn't been active since.

“That was actually the first moment of, like, 'Hmmm, what's actually happening here? And do they actually have insurance and why would they give us this thing that had been cancelled?'” Newman said.

After making a claim, Newman said he received a phone call from Scholars First owner Jeramy Jackson offering to pay him $500 in cash to meet Newman’s own insurance deductible. Newman said he refused, preferring to go through Scholars First’s insurance carrier. But when Newman asked Jackson who that was, he said Jackson told him to contact the bus company’s attorney, Randy McKee.

McKee said he could not comment on specifics of the case because of “pending litigation.”

But the problem goes much further than that one policy and one minor accident.

Three of those certificates showed Scholars First’s current liability insurance carrier as Mesa Underwriters. But Mesa’s spokesman, Beal, told WWL-TV those policies had all been invalid since at least mid-2018, prior to the date at the top of the insurance certificates.

What’s more, Beal said two of the policies were written by Mesa Underwriters for two other transportation companies – Diggs Transportation and On-Time Deliveries Transport -- and never had anything to do with Scholars First.

Legitimate certificates of insurance are supposed to be created by the insurance agency that sells the policies, not the company being insured.

“These certificates are falsified,” Johnson said.

“I work part-time for (Scholars First owners) Jeramy (Jackson) and Melvin (Williams),” she said. “I don’t know why they would put my name on there.”

McKee, the attorney for Scholars First, issued a statement saying: “Scholars First has active insurance policies that address risk management objectives for all of its clients. It attempts to maintain the highest safety standards and to protect the students who ride on their buses."

LaRue Haigler represents a 7-year-old Bricolage Academy student who was beaten by a bus driver on a Scholars First bus in December. The incident was caught on another student’s cell phone camera.

Haigler said Scholars First has failed for several months to provide him any proof of a current insurance policy.

“I don't know if Scholars First is unique in this, because I've also encountered this with other private school transportation companies,” he said.

Jennifer Cecil, head of the One Stop permitting office in City Hall, said she was not surprised to hear about the insurance certificates.

“This is exactly what we feared when we began spotting school buses without license plates on them or when police stopped them they weren't able to produce any active insurance or registration,” she said.

Newman said he made assumptions about school buses having all of the proper licenses, registrations and insurance, but started learning about the larger problem when he saw WWL-TV’s “Taken for a Ride” series.

“They show a driver like me a policy, I have no way of knowing if that's real until I call the insurance company,” Newman said. “I would expect that a school would do a little more investigating to find out if a policy is, in fact, real.”

Einstein Charter said it confirmed Scholars First has an active insurance policy, but CEO Michael McKenzie said he was concerned about the information WWL-TV uncovered and will be looking into other transportation providers.

New Beginnings CEO Michelle Blouin-Williams said she reached out to Scholars First to ask about the insurance certificate.

“Like all schools, we require our vendors to provide accurate information in response to our requests,” she said. “If we determine that any of our vendors have been untruthful in the submissions to the organization then we will handle that accordingly.”

RELATED: 'A parent was able to get on the bus and beat my child'

All three school organizations said they carry their own liability insurance policies that would cover students while they are riding on the school buses.