The Hammond’s Transportation bus was driven by Chad Rodney, who had applied for a city school bus permit on Sept. 24 and was denied. 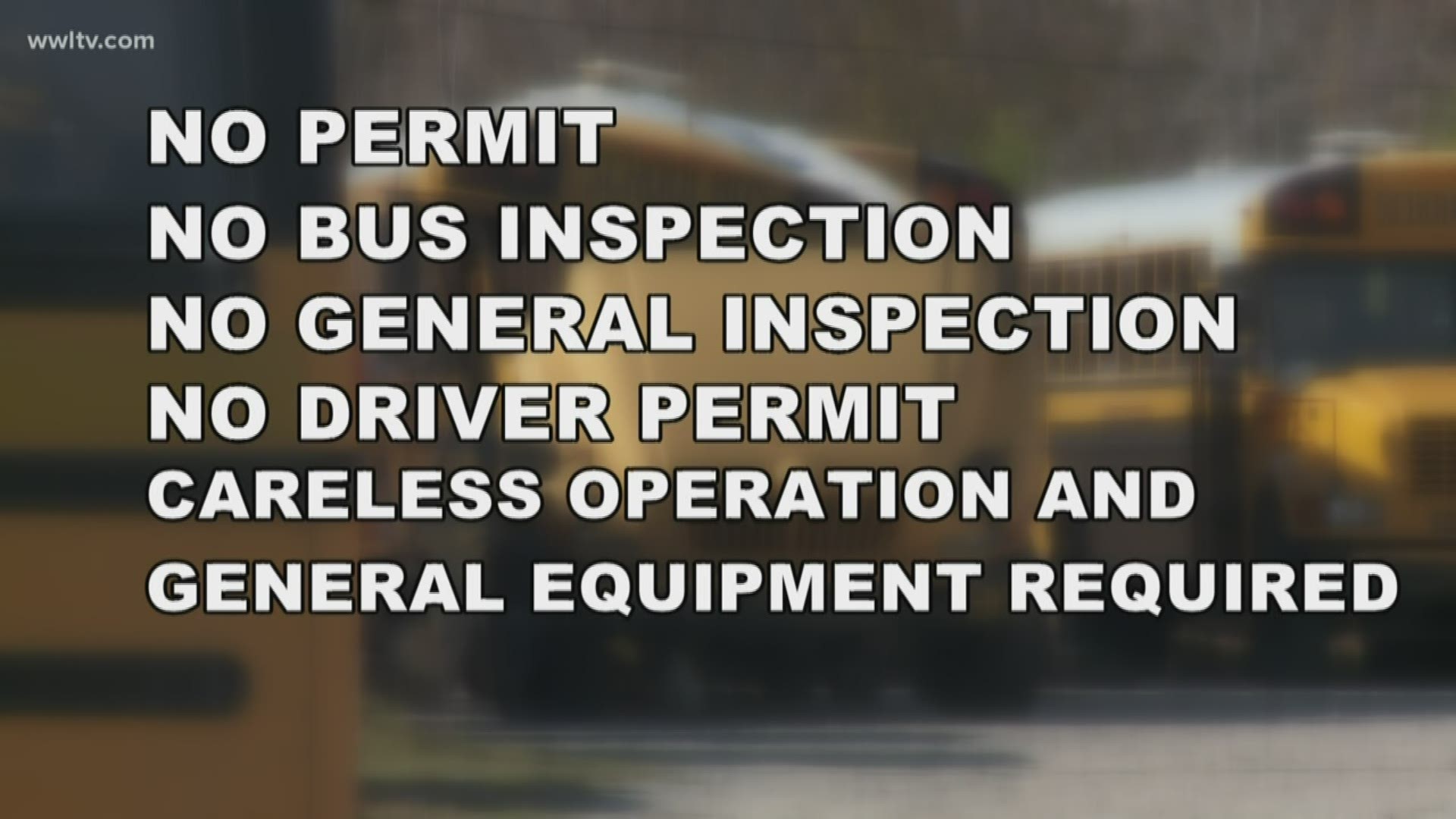 NEW ORLEANS — A school bus that overturned on Interstate-10 in New Orleans East on Wednesday morning had never been inspected and was driven by an unpermitted driver.

City Safety and Permits Director Zach Smith confirmed the Hammond’s Transportation bus was driven by Chad Rodney, who had applied for a city school bus permit on Sept. 24 and was denied because he had a 2016 conviction for possession of cocaine with intent to distribute.

Public records show he was convicted in Calcasieu Parish, served three years in prison and was out on probation this February. By state law, school bus drivers can’t operate within five years of such a conviction, Smith said.

The cause of the crash is still under investigation. The bus hit the curb on the High Rise and flipped when Rodney overcorrected, Smith said.

Asked how Rodney was allowed to drive one of his buses, Hammond's owner Mark Hammond said: "Well, if that was the case he shouldn't have been on the bus, but I have to look into those things."

Hammond’s also failed to get a large number of its fleet inspected after failing several city inspections, including one this summer when WWL-TV was on the scene and he quickly removed his buses and canceled the rest of his inspections that day.

When WWL-TV asked about that Wednesday, Hammond's assistant grabbed him by the shoulder and tried to end the interview. 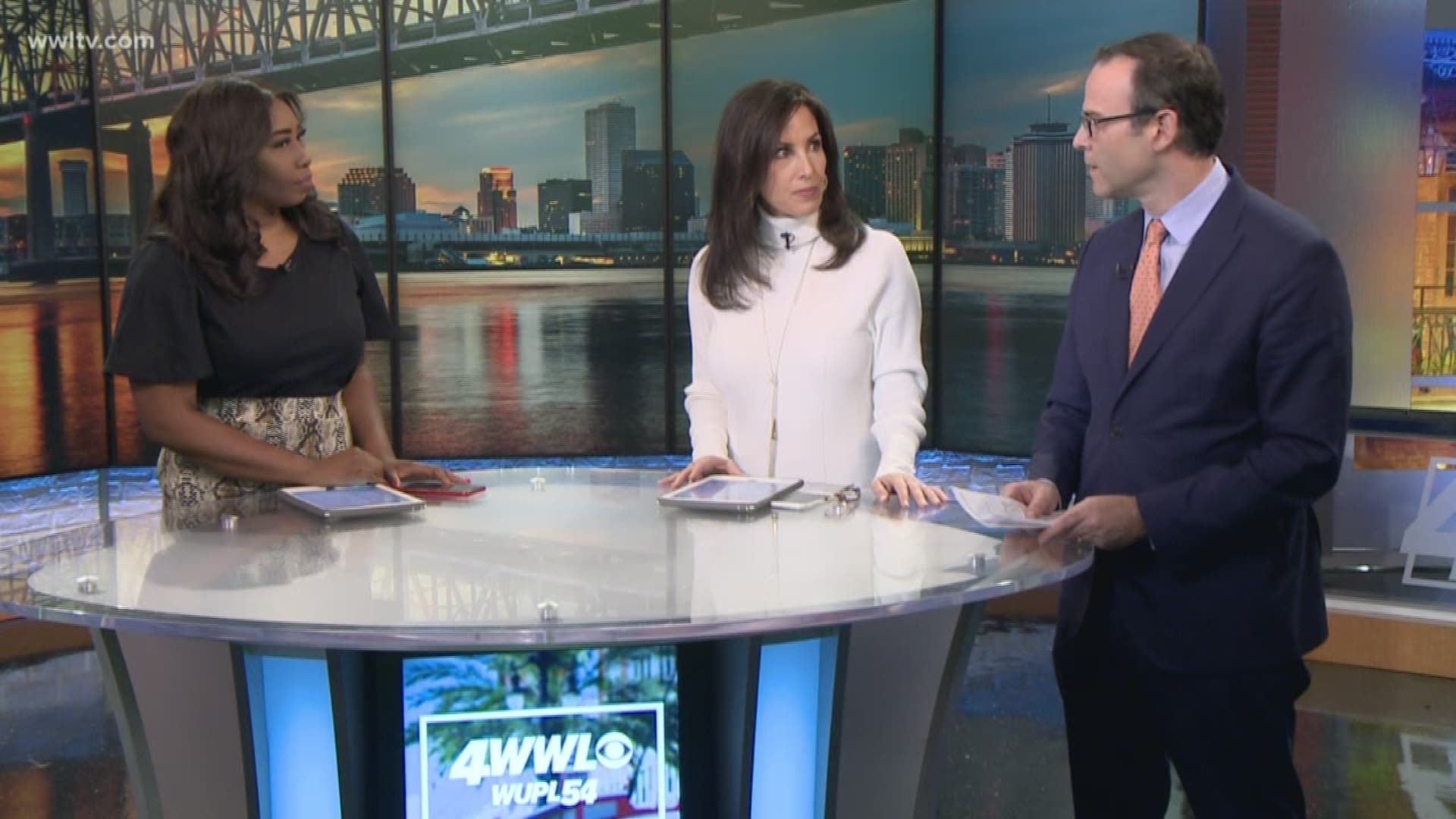 Smith said only 40 percent of Hammond's 125 buses operating for Orleans Parish schools have passed inspections. When WWL-TV asked Hammond how many of his buses still need inspections, he said he didn't know.

"We have a bunch of buses we have, some failed, some passed, but we're trying to do our best to ensure our kids have the best equipment," Hammond said.

Smith said he has spoken directly to Hammond about his failure to comply with safety inspections. He said he's repeatedly tried to delay, reschedule or simply doesn't show up for inspections.

Smith said the bus that overturned Wednesday, SB-219, had never appeared for its city inspection under new city school bus safety rules. He also said that on Nov. 14, city officials caught another Hammond's bus, SB-216, also operating without passing inspection, and also driven by a driver who had been denied a permit.

RELATED: Nearly 40% of charter school buses not up to new standards set after Eyewitness Investigation

Fifteen students were on the bus at the time of the crash. Paramedics took nine students to two different hospitals, where one student was listed in "serious condition" but stable. The other six students were picked up by their parents and guardians at the scene of the crash and taken to the hospital by them.

The bus was driving for James M. Singleton Charter School at the Dryades YMCA. School officials were at the hospitals all day visiting the injured students. They deferred comment to New Orleans Public Schools, which put out a statement saying it was aware the bus had not passed inspection.

All students were released from the hospitals by end of day Wednesday.

Smith expressed frustration that the schools and school district aren't taking a more active role in making sure transportation contractors get buses inspected and drivers permitted.

WWL-TV reached Rodney by phone, but he hung up when the reporter identified himself. 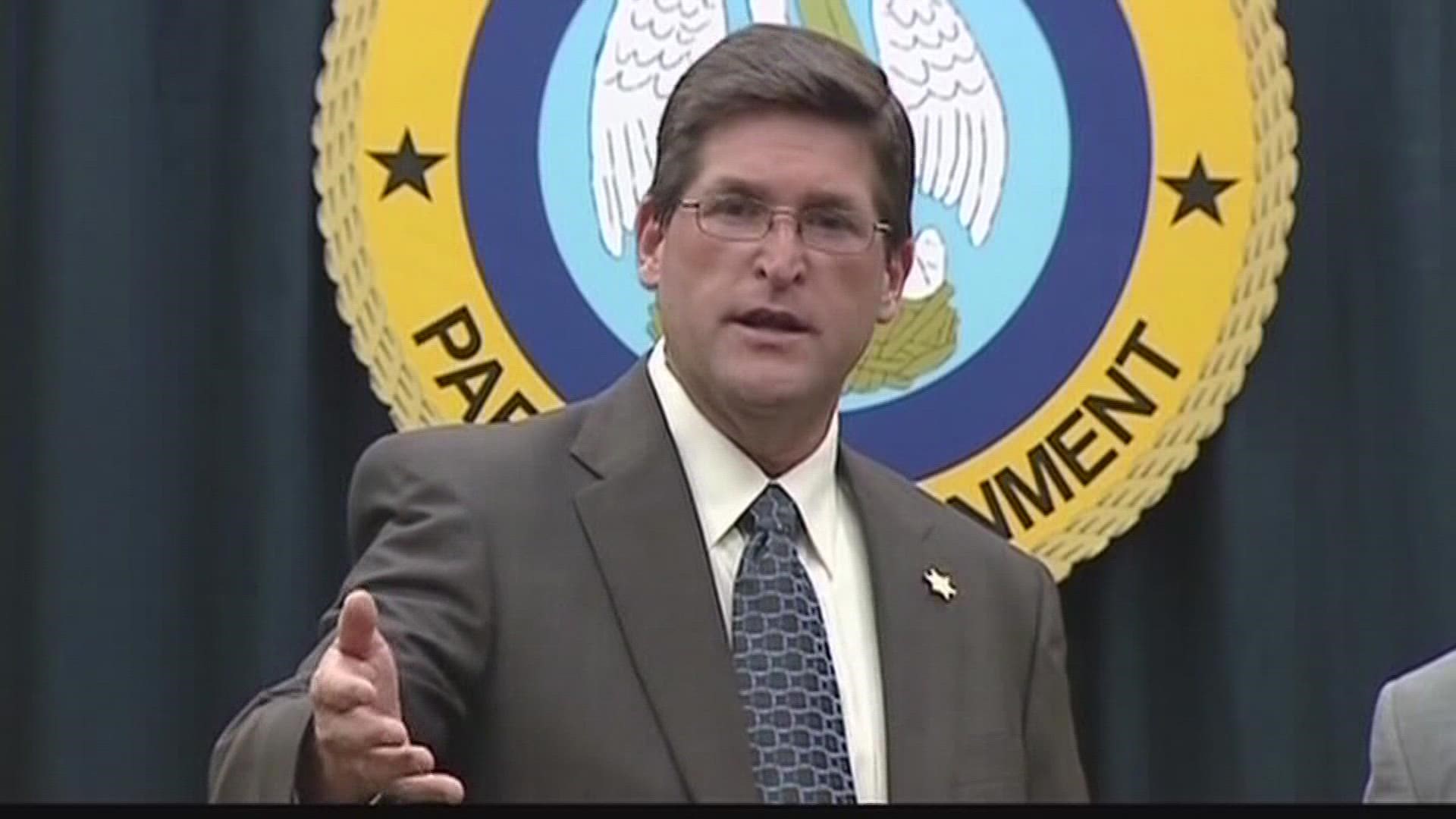