The company came under scrutiny during the Eyewitness News 'Taken for a Ride' investigation, which revealed the service used fraudulent insurance documents. 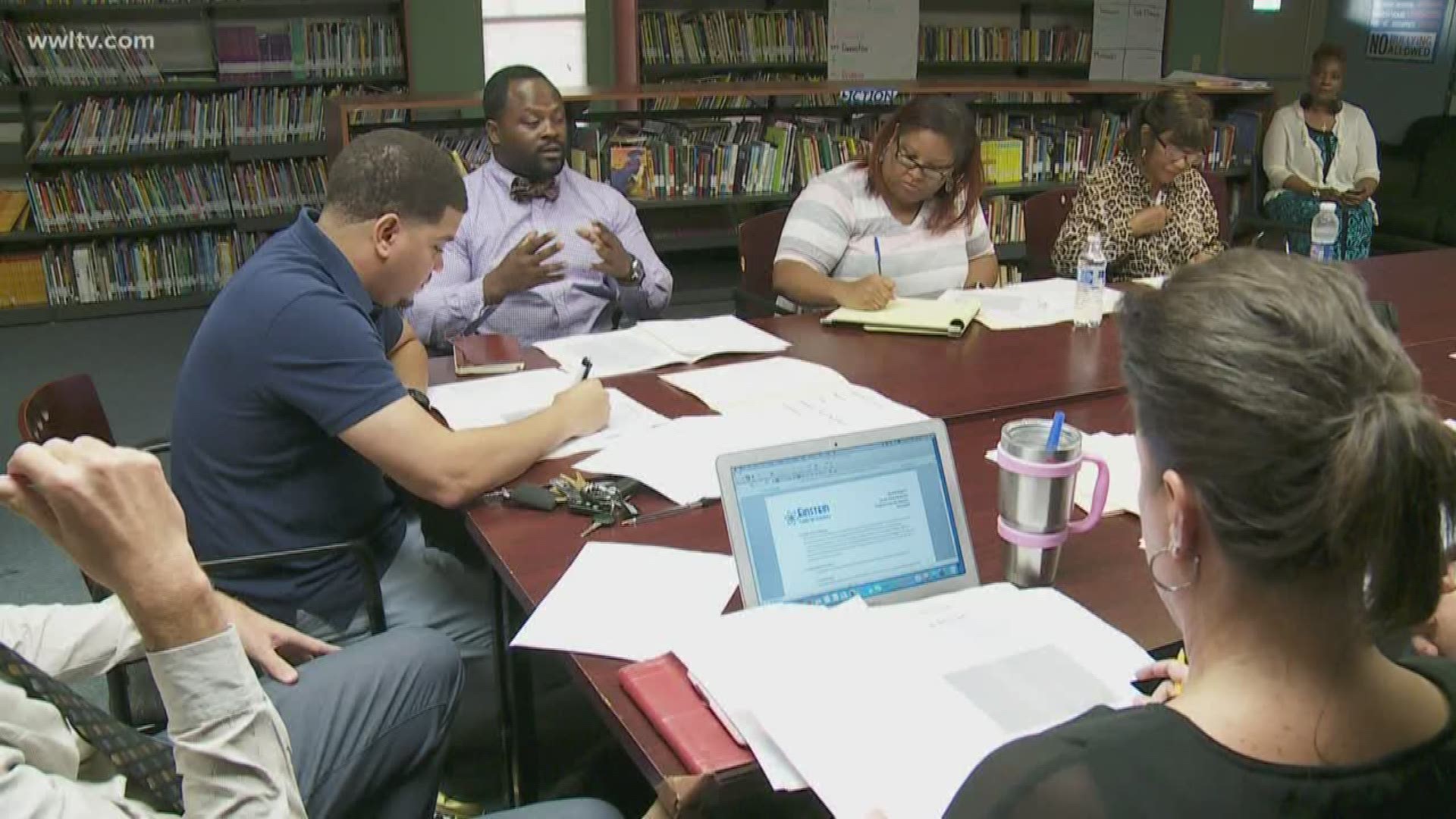 NEW ORLEANS — In a unanimous vote Tuesday, the Einstein Charter Schools board of trustees terminated its contract with the bus company Scholars First.

The company came under scrutiny during the Eyewitness News 'Taken for a Ride' investigation, which revealed the service used fraudulent insurance documents.

At Tuesday's meeting in New Orleans East, Durrell Laurent, Board President of Einstein Charter Schools, said they would replace Scholars First with A&S Transportation, a decision that left drivers working for the company visibly upset.

"Going forward, we have to have more processes in place, other CMOs around the city, to make sure that we're doing business with companies that are properly licensed and insured and bonded," Laurent  said.

Before the vote, bus drivers with Scholars First spoke out, like Imani Burns.

"We understand the risk being the call of the day. However, we the transportation educators weren't considered," Burns said.

"All of my drivers, some of them cannot go to A&S. You know why -- cause they were let go by Durham Services, who A&S is," said Hamilton Williams, another Scholars First driver.

Laurent  said he feels for the drivers, and said their students are also losing out because of the relationships they've already created with those drivers.

"I feel bad that the drivers are kind of stuck between a rock and a hard place right now, and they're basically the ones that are losing out. But, at the end of the day, we have to do what's right and we have to be good stewards of the public funds," Laurent said.

A concerned parent, Pervella Gant also attended the meeting. Eyewitness News spoke with Gant after she said her 11-year-old son was left alone on the school bus by himself after hours.

"They're coming at the board members as if it's their fault that they're releasing the contract instead of going to their directors and their bosses," Gant said.

After the meeting, drivers said they did not want to speak to the media. Gant said she's happy about the decision.

"If they have fraudulent insurance documents or whatever kind of documents that they have and they get into an accident with a car with students in the bus, at the end of the day, they're their own company. But the school contracted them, so the parent are not going to just hold the transportation accountable, they're going to hold the school accountable as well," Gant said.

The mother said the safety of her kids and others depend on it.