Eyewitness News has learned some of those grand opening dates were delayed because the toilets in the terminal couldn’t flush. 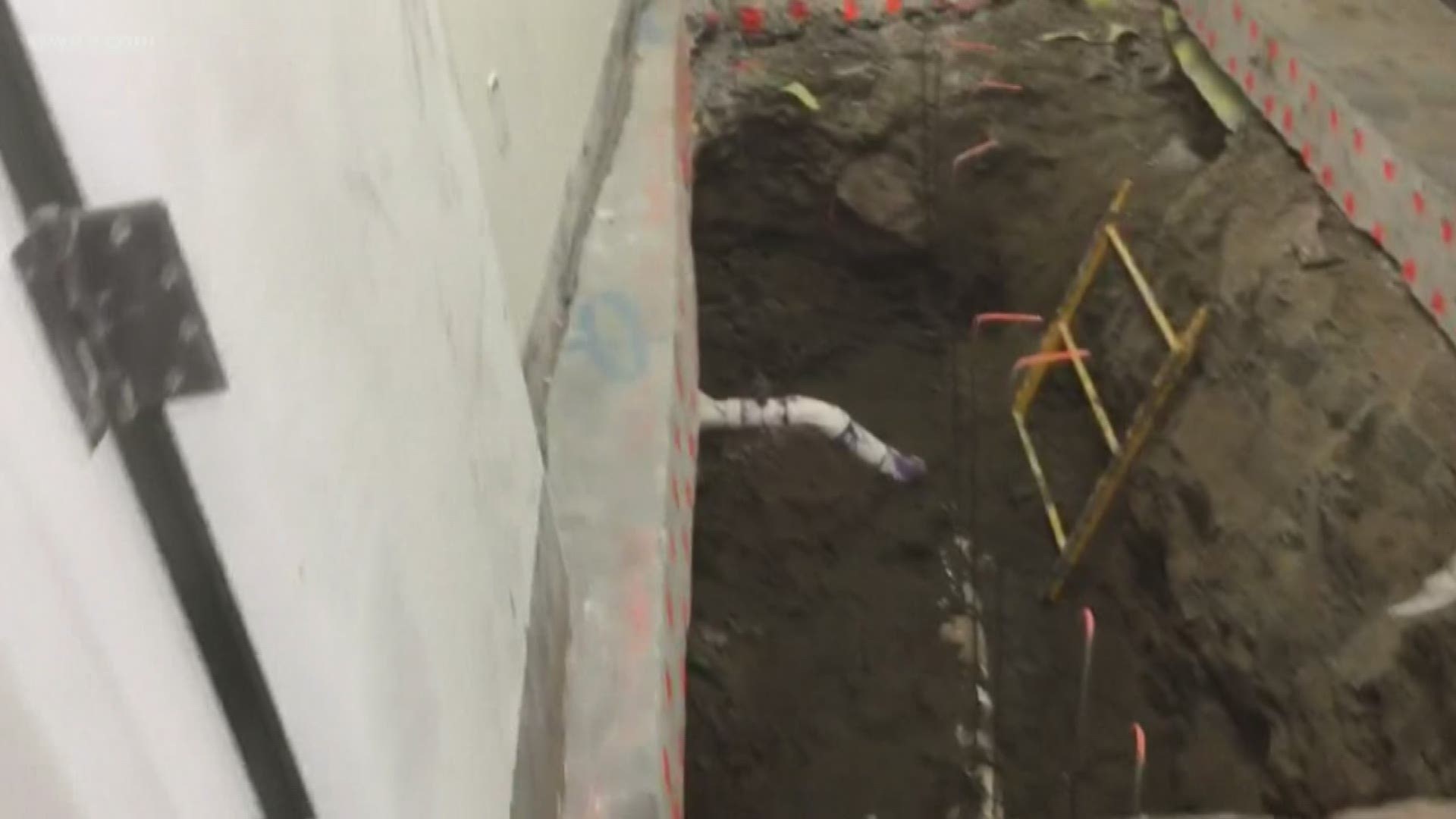 KENNER, La. — The new North Terminal project at Louis Armstrong International Airport has been hailed as one of the most significant infrastructure projects in the past several decades in the state of Louisiana. With a price tag at $1.026 billion, the opening of the new terminal has been pushed back four times, and officials now say it will open in late fall.

Eyewitness News has learned some of those grand opening dates were delayed because the toilets in the terminal couldn’t flush and after months of work and millions more spent to find and fix the problems with the sewage system, contractors are still working on it.

Chris Spann, a consultant hired by the New Orleans Aviation Board, said in an interview at least a hundred breaks in the smaller, lateral sewage pipes are being repaired under the new terminal building by construction crews as others continue working feverishly up above to finish the massive project.

Nearly two years later, the finishing touches are going up in the terminal, with restaurants setting up, carpet installed, escalators ready to roll and massive works of art taking their place in the grand open-air entrance and throughout the three concourses. But the shining face of the top two levels of the terminal stands in stark contrast to what’s happening down below.

Exclusive photos and video obtained by Eyewitness News shows massive holes cut into the terminal foundation on the ground floor, some plunging deep into the dirt.

Spann said rapid sinking of the soil caused a massive sewage main to shift a year ago, leaving it inoperable. That added more than $7 million to the cost of the project, admittedly, a small fraction of the total building cost, but it was the reason officials pushed back the grand opening to last February.

It was later delayed again to May and now, to an unspecified date this fall.

In June, the airport released a promotional video on its website highlighting the work that was being done to get the project across the finish line. 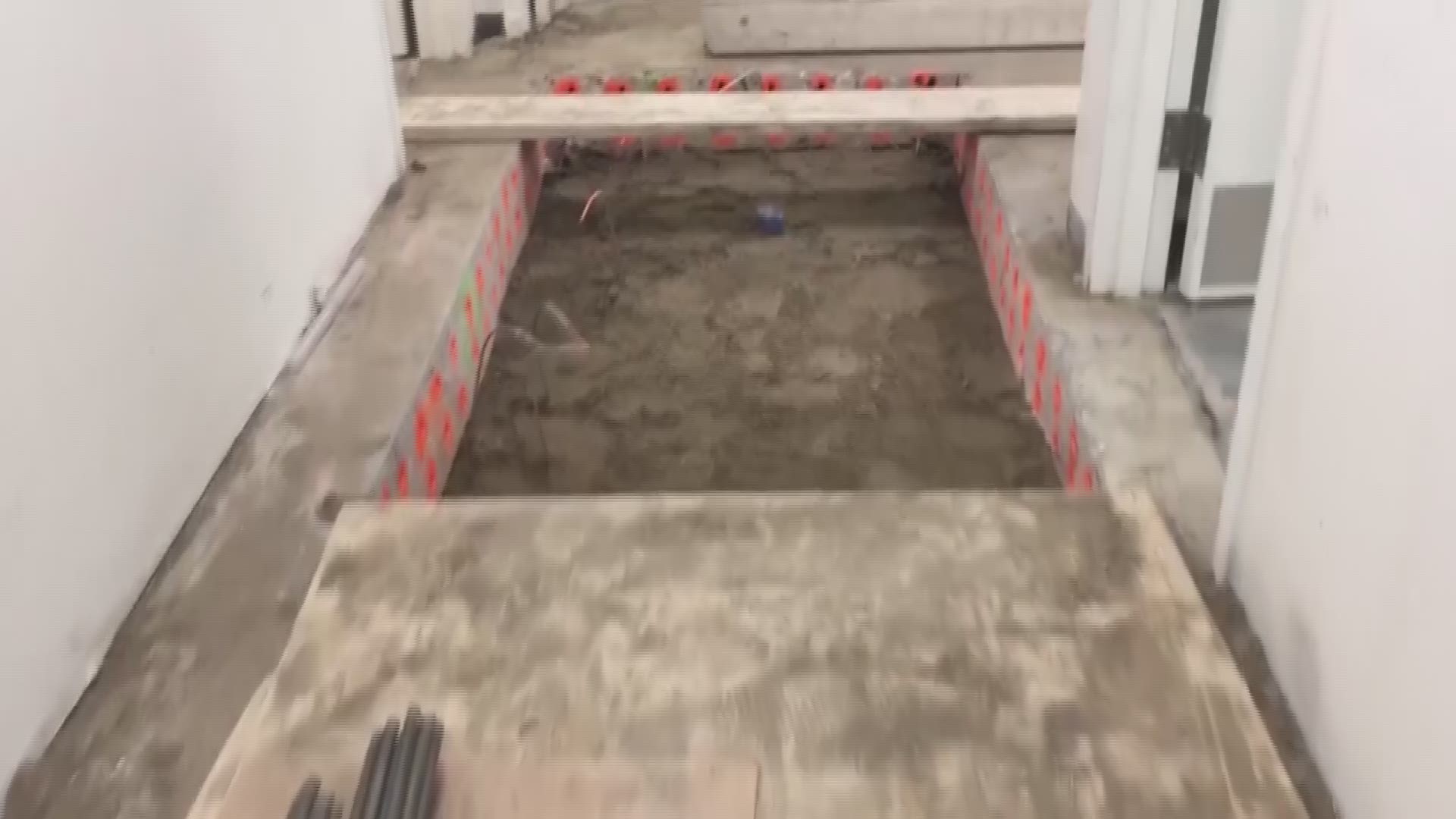 But the promotion didn’t mention the continued problems with the plumbing. The smaller, lateral pipes that connect the toilets, for example, to the newly-repaired sewage main had broken in at least a hundred places.

To try and find the root of the problem, multiple sources working on the construction at the airport said large, exploratory holes have been carved into the concrete foundation of the new terminal building so that crews can access the sewage pipes.

The main contractor, a powerhouse joint venture of four large companies, Hunt-Gibbs-Boh-Metro, ran video inspections through the sewage laterals to try and find all of the breaks.

“It's more of an annoyance than it is a serious situation,” Spann said.

Some of the dozens of access holes have been filled in, Spann said, but others are still being worked on. The airport would not allow us access to the terminal to shoot video of the repairs, saying it would be too much of a disruption for the contractors working on the project.

Despite the large number of breaks in the pipes, Spann said it was “not a very big deal.

“We're talking 300 feet of linear feet out of 15 thousand linear feet of sewer. So, it's a very, very small percentage,” Spann continued, “I wouldn't characterize it as a common thing for construction but it's not uncommon for a project of this size to have some issues like this.”

Airport officials said the repairs have not affected the opening date, since it was already delayed for other reasons.

Industry sources did say they were surprised it’s happening on this high-profile of a job.

Spann said they are now conducting an extensive investigation into the cause of the breaks.

The later pipes are plastic, made of PVC, like most sewage pipes. They are secured to the base of the building’s foundation with metal hangers so that if the unstable soil underneath them sank, the pipes didn’t move.

Spann admits the soil underneath the new terminal has already settled six to eight inches in spots.

The industry experts, who asked not to be identified, speculated the problem could also be caused by damage done to the pipes or hangers by other construction activity before they were secured to the foundation.

“I don't believe it was an initial installation. There's been two years’ worth of construction since that sewer line was installed so any number of things can happen from equipment driving over the top of it,” Spann said, “I don't want to say too much because right now we're looking into it.”

The contractor and sub-contractors responsible for the plumbing installation either didn’t respond to a request for comment or declined to comment.

At this point, Spann said, some of the toilets in the terminal flush and that’s an improvement. As of now, the main contractor, Hunt-Boh-Gibbs-Metro is paying for the repairs, Spann said, leaving the airport in the dark about how much it’s costing. 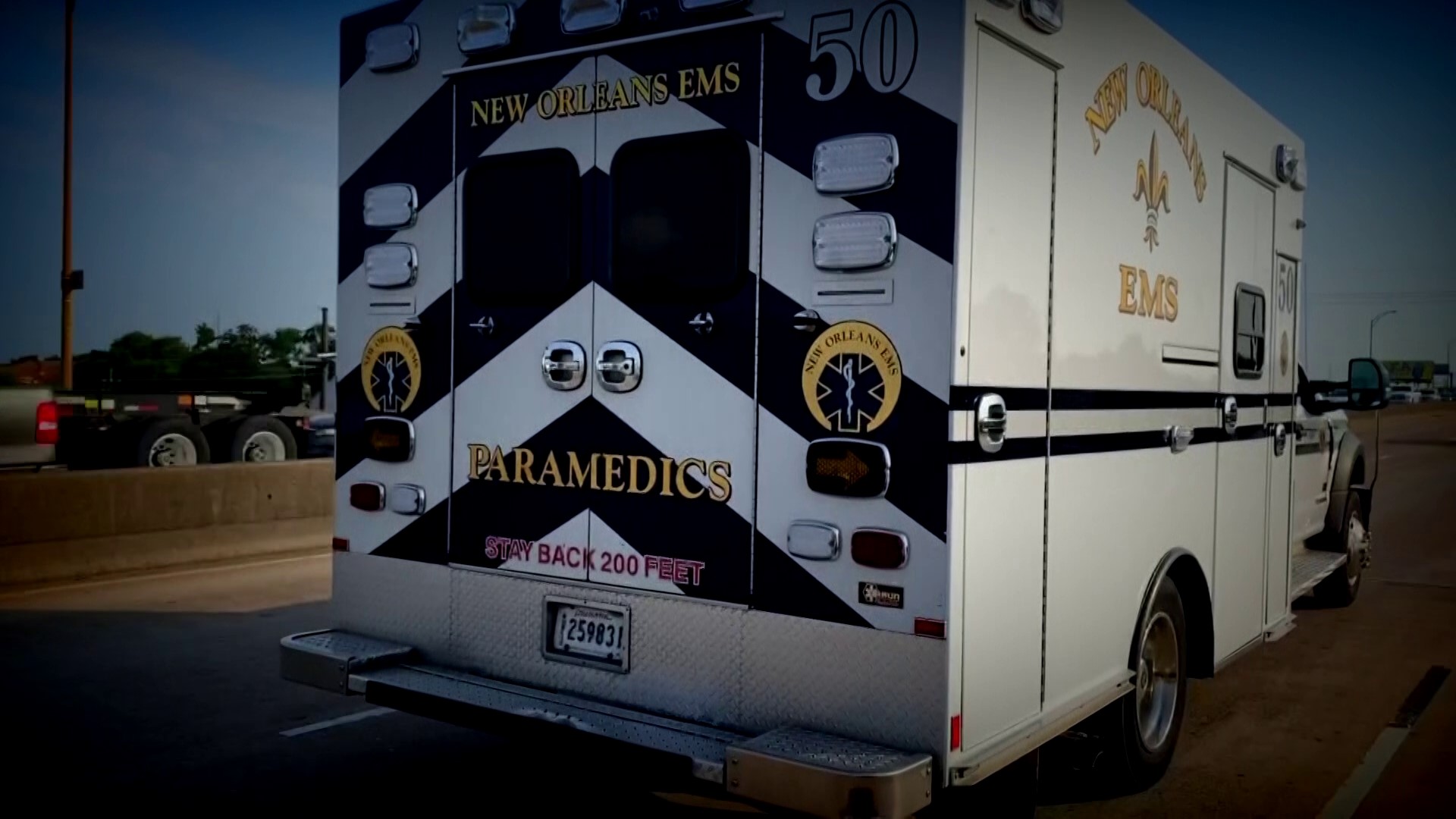