Two other huge projects in the city's skyline have also had inspections falsified, the city tells WWL-TV. 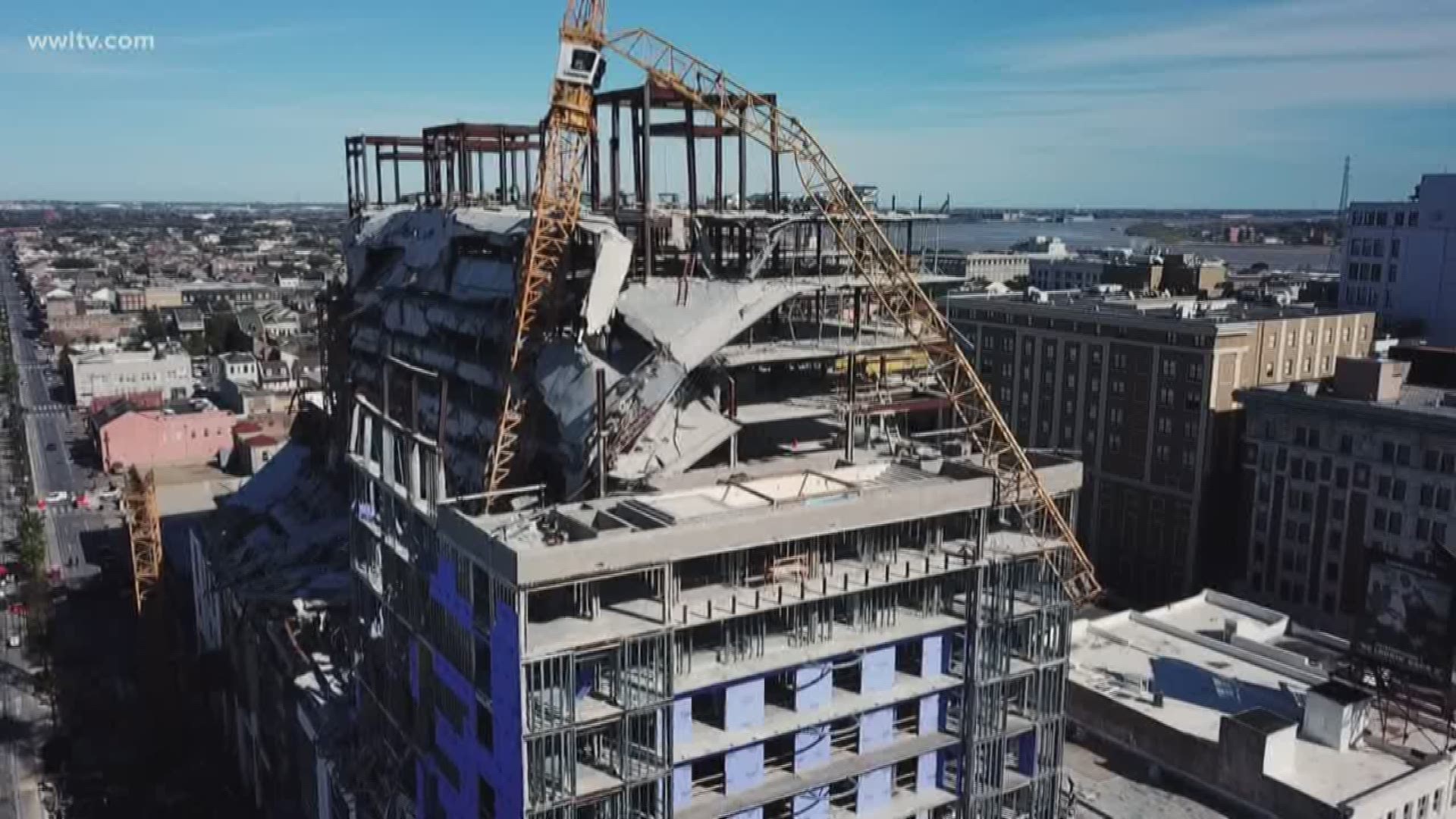 Two building inspectors the city is trying to fire for falsifying their inspections at the ill-fated Hard Rock Hotel in the weeks and months before it collapsed, were also no-shows for inspections at two other downtown high-rise projects still in progress, the city confirmed Monday to WWL-TV.

In addition to the Hard Rock site, the city also accuses inspectors Julie Tweeter and Eric Treadaway of approving inspections at the Four Seasons Hotel project at the old World Trade Center, without conducting those inspections in person.  In addition, Tweeter allegedly fabricated an inspection of the parking garage at the new 29-story Odeon Tower, centerpiece of the South Market development.

WWL-TV reported last week that GPS data showed inspectors’ vehicles were not within several blocks of the Hard Rock on at least six dates when they filed inspection reports as if they had gone to the site, including photographs they were supposed to have taken of the work. The city responded Thursday by suspending Tweeter and Treadaway and accusing a third inspector, Tom Dwyer, who had just retired.

According to additional city inspection records the city provided Monday, Treadaway not only OK’d the pouring of the 14th floor of the Hard Rock on July 26 without physically going to the construction site that day, but also approved pouring of the foundation at 2 Canal Street – the Four Seasons hotel and residences – on April 24 and also passed a slab inspection there on May 8, both allegedly without showing up.

The newly produced city records also allege Tweeter approved two walls to be poured at the Four Seasons without going to look at the foundation in early April. Plus, she approved a second floor parking slab at the Odeon project on April 4 without showing up, city records indicate.

Both Tweeter and Treadaway have pre-termination hearings before the city’s Civil Service Commission on March 9.

There’s no evidence that the inspectors’ failure to show up for in-person inspections have made the Four Seasons or Odeon projects unsafe, but there are questions about whether they would have or should have noticed problems with the upper floors of the Hard Rock before it collapsed Oct. 12, if they had gone to the sites to inspect them.

“There’s no reason to believe any safety has been compromised,” said Glenda McKinley, a spokesperson for Two Canal Owner, the developers of the Four Seasons project. “We have very strict procedures. We have our own engineers and third-party inspectors inspecting every pour.”

After leaving messages Monday, WWL-TV heard back Wednesday from the Domain Cos., developers of the Odeon.

"We have absolute confidence in our rigorous safety measures," said Domain's construction director, Darren Williams. "We completed independent, third-party inspections on all of the project's concrete elements to comply with plans and specifications, which include a review of reinforcing (typically rebar) prior to each pour."

Domain spokeswoman Megan McNeill said the developers were not aware of the missed inspection, but immediately complied with requests for information from the city. As with the Hard Rock and other major construction projects of the sort, concrete is sampled and strength-tested, then reviewed by the project's structural engineer.

In the case of the Hard Rock, the strength-testing lab, Southern Earth Sciences, and the engineer, Heaslip Engineering, have not responded to multiple requests for comment and information from WWL-TV.