Lawsuit identifies suspect in deadly hit-and-run on Hale Boggs Bridge, why haven't police made an arrest? 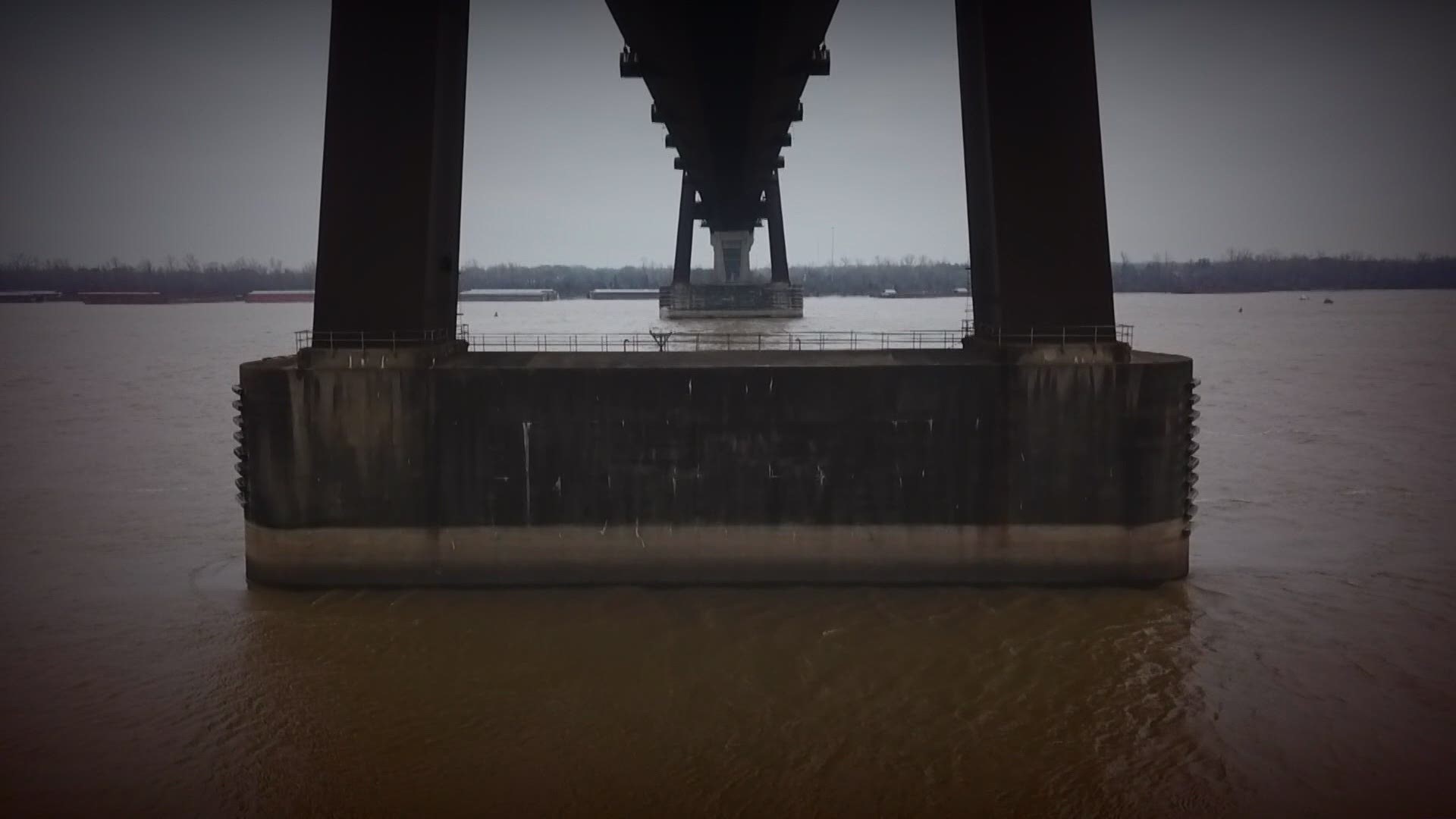 LULING, La. — The driver in the Jan. 14 fatal hit-and-run accident on the Hale Boggs Bridge has been identified in a wrongful death lawsuit filed Friday on behalf of the victim’s widow and stepdaughter.

The suit filed names Hunter Johnson, 22, of Reserve as the alleged driver of the car that hit bridge worker Brady Ortego and sent him plummeting into the Mississippi River. A construction worker who was installing electrical equipment, Ortego, 44, remains missing but is presumed dead. At least one other worker was injured.

The suit, filed in Orleans Civil District Court, claims Pebbles Johnson picked up her son from near the accident scene and hid him from authorities at a local motel.

The suit also claims that the truck, owned by Pebbles Johnson, was being driven by her son after he consumed alcohol for quote “an extended period” at a Hooter’s restaurant and accuses him of being “intoxicated.”

Hunter Johnson was himself injured in the wreck, and Pebbles tried to render medical aid herself  “rather than take him to a medical facility or report his location and injuries to authorities,” the lawsuit claims.

Attorney David Laborde of Lafayette filed the lawsuit on behalf of Ortego’s wife, Adele Domingue Ortego and his stepdaughter Kyleigh Brown. Also named as defendants are Traffic Solutions Louisiana LLC, which provided a truck with warning lights to protect the workers, and several insurance companies.

“On behalf of Adele and Brady’s family, we intend on holding those responsible for his death, fully accountable,” Laborde said.

Adele Ortego said she had expected that the lawsuit would be filed after the State Police made an arrest in the case, but no arrest has been made.

Hunter remains the subject of a criminal investigation by the State Police into the accident, according to multiple sources. But despite being named by several tipsters to Troop B investigators, Hunter remains free.

“You know, my hope and expectation as far as the investigation goes is it is that they would give us some justice for Brady,” Adele Ortego said.

“You're asking me to make sense of a set of circumstances that I've never seen before,” Goyeneche said. “The thing that makes it more disturbing is that based on the information that you've developed, the law enforcement agency doesn't have to wait for the civil lawsuit to know the identity.”

In WWL-TV’s exclusive investigation into the case, we previously revealed that multiple people provided State Police investigators with Johnson's name just days after he allegedly left the scene of the accident. WWL-TV also showed that the truck involved in the crash was returned to Johnson's home in Reserve weeks ago.

Despite the fact that Ortego's body remains missing, Goyeneche said that should not be a roadblock to making an arrest of the driver.

“That's usually something that's done immediately once they establish the identity of the person responsible for an accident or someone who has left the scene of an accident,” he said. “This is a head-scratcher. I can't explain why. Hopefully there's a valid reason.”

In the lawsuit, Ortego’s family accuses Hunter and Pebbles Johnson of “purposeful and intentional evasion of authorities” that “led to the destruction of vital incriminating evidence.”

Hunter Johnson also is accused in the suit of inflicting additional emotional distress on the family by reaching out to Adele Ortego on social media “several weeks after the horrific accident.”

WWL-TV reached out to the State Police for an explanation and in an emailed response late Friday a spokesman wrote, “Troopers remain committed to working in conjunction with St. Charles Parish District Attorney's office while evidence is processed in furtherance of the investigation.

Attempts to reach Hunter and Pebbles Johnson for comment were unsuccessful.