“We will certainly take quick action to shut this operation down and turn over any criminal involvement that we uncover over to the Attorney General’s Office." 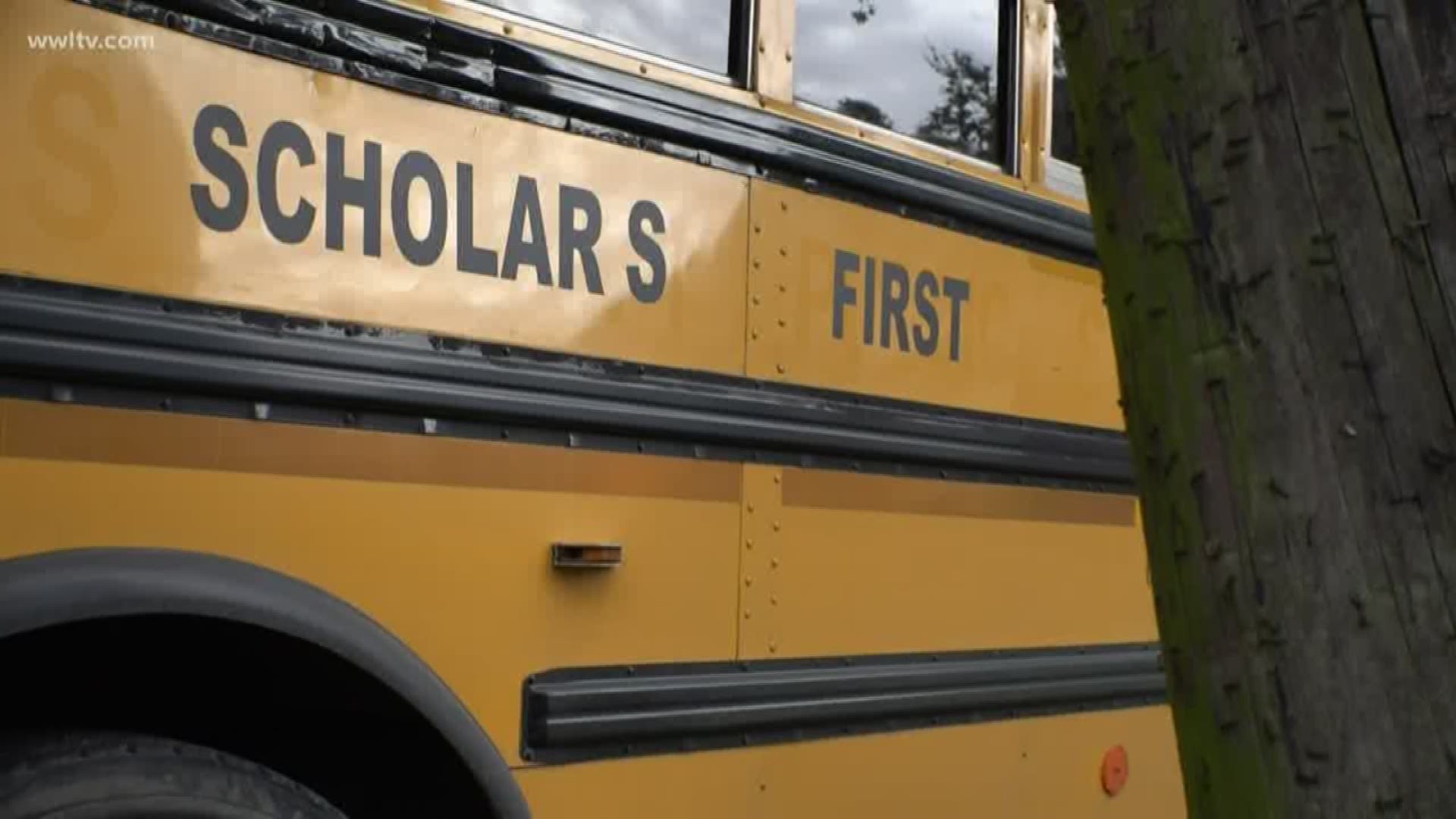 NEW ORLEANS — The head of the Louisiana Department of Insurance is launching an investigation into possible insurance fraud involving a school bus company that drives children for nine New Orleans charter schools.

Insurance Commissioner Jim Donelon said he plans to make an investigation into bus company Scholars First a priority for the Louisiana Insurance Fraud Task Force, a group of investigators from the Department of Insurance, Louisiana State Police and the Attorney General’s Office.

The decision followed last week’s report from WWL-TV that Scholars First allegedly tried to use an expired general liability insurance policy to cover a recent fender bender. The listed insurance company said the policy had been cancelled in January 2018.

“We will certainly take quick action to shut this operation down and turn over any criminal involvement that we uncover over to the Attorney General’s Office, who is a partner in our effort to address insurance fraud,” Donelon said. “It was shocking and scary what happened and certainly deserves immediate attention to protect the public.”

Scholars First’s attorney, Randy McKee, has declined to answer specific questions about the case because of “pending litigation.” He didn’t respond to a request for comment Monday about the new state investigation.

Last week, he issued a statement saying Scholars First “has active insurance policies that address risk management objectives for all of its clients. It attempts to maintain the highest safety standards and to protect the students who ride on their buses.”

“In this case, there’s a state statute directly on point,” Foret said.

Under Louisiana criminal law, the “knowing or intentional production, manufacture, or distribution of any fraudulent document intended as a certificate of insurance or as proof of insurance” constitutes forgery, punishable by up to five years in prison.

Foret, a former federal prosecutor, said the FBI could also get involved because public charter schools generally use federal education funding to pay for student transportation.

“Clearly, the dedicated use of federal funds per student for transportation is an avenue to establish federal jurisdiction for a federal investigation by the FBI and federal prosecution by the U.S. Attorney’s Office in federal court,” Foret said.

Johnson said last week that her company was not an agent for Scholars First even though it was named on documents from the bus company.

“These certificates are falsified,” she said.

Johnson said that insurance costs are skyrocketing and smaller school bus companies can’t afford the premiums, which can reach $20,000 to $30,000 per bus. Premiums for school buses are three times higher than they were just 5 years ago, she said.

“I reached out to the Department of Insurance last year because of the increased insurance premiums in the commercial auto industry,” Johnson said, adding that "excessive bodily injury claims" have left few insurance companies willing to write insurance in Louisiana.

“I think companies are willing to drive without insurance because they can’t afford it, but it’s no excuse for doing so,” Johnson said.

Donelon said he’s been concerned about the issue for a while, not only with school bus operators but with smaller trucking companies. He blamed a litigious culture in Louisiana that targets big rigs and other commercial vehicles, but acknowledged that by cutting corners on safety and insurance, school bus companies only add to the high insurance costs.

“It’s unfair competition,” he said. “They’re out there operating (without proper insurance) and taking business away from those that are bellying up and paying those large increases in the cost of insurance for their trucks and their buses.”

But even knowing how widespread the problem is, Donelon and Foret said they were shocked by what the documents from Scholars First showed.

“I mean, this is so high-risk, so reckless, to create false insurance documents and drive around with children on the bus with no insurance,” Donelon said.

“It’s mind-boggling to me that anyone would think that they could get away with this potential insurance fraud, because it’s so brazen and it’s so amateurish,” Foret added.