As COVID-19 tore through Louisiana nursing homes, these were hardest hit

This is Part One of WWL-TV's investigative series "Standard of Care," an in-depth look at COVID-19's impact on Louisiana's nursing homes. 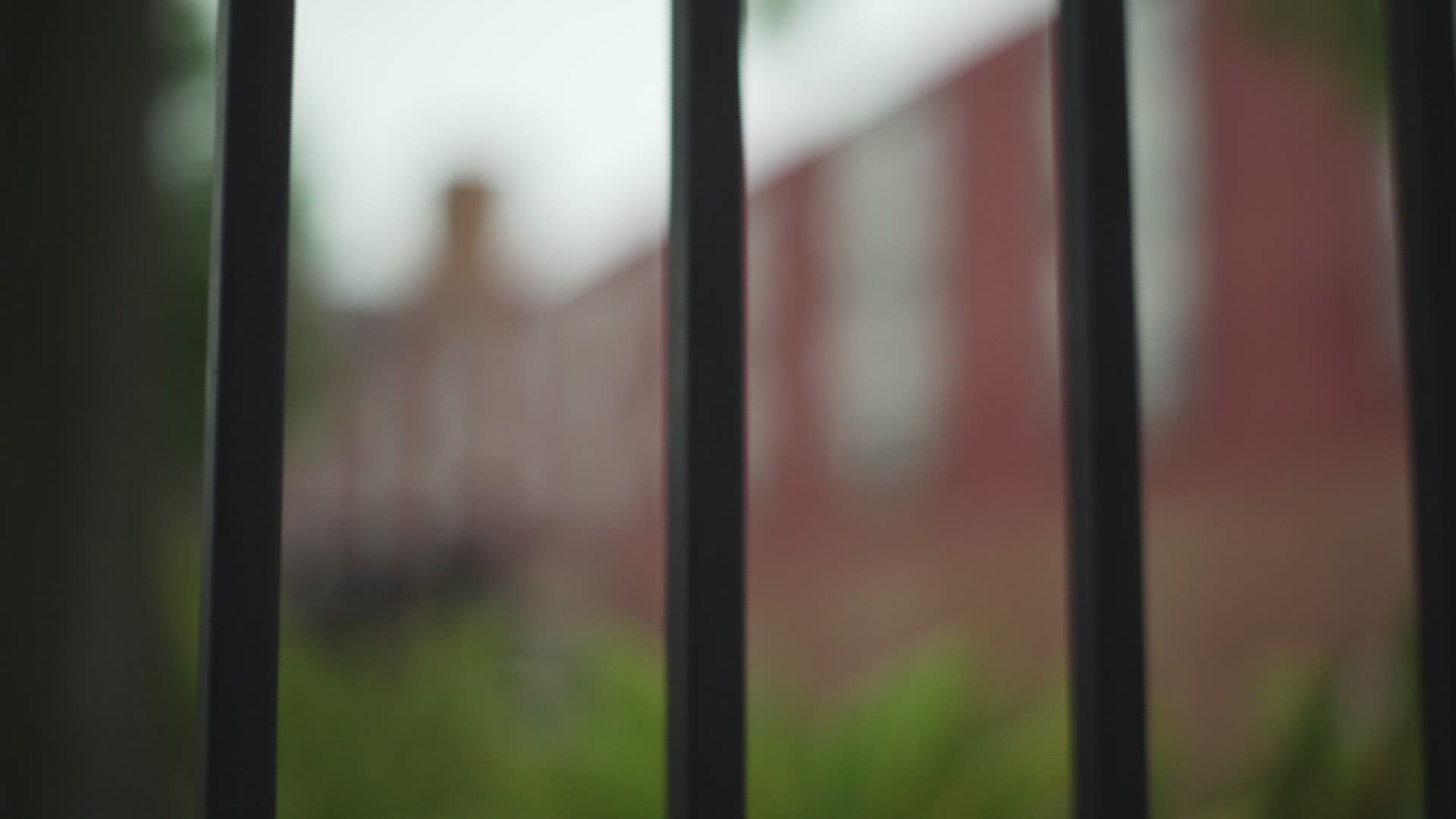 NEW ORLEANS — As COVID-19 began tearing its way through hundreds of Louisiana nursing homes in March 2020, the Louisiana Department of Health stopped naming which long-term care facilities bore the brunt of the deadly pandemic.

An analysis of state-wide data reveals nursing home residents account for more than a third of all deaths from COVID-19, 784 out of 2,135 statewide as of May 8.

While the numbers are staggering, experts say they’re not surprising.

“It's a group of people with either advanced age or advanced medical conditions who are living in relatively close quarters with people, with caregivers who are going from patient to patient,” said Jefferson Parish Coroner Dr. Gerry Cvitanovich.

The agency responsible for coordinating the pandemic response, urging the wide-ranging shutdown of the state to stop the spread of the virus, said publicly the numbers coming in of nursing homes with clusters of COVID-19 cases were too great to continue updating the list of affected homes daily.

And while LDH initially provided specific numbers for specific facilities early on in the response, the agency denied a public record request by WWL-TV for those specific numbers weeks later, claiming the information was exempt from disclosure because it is the subject of a public health investigation.

Some nursing homes hit harder than others

But the cloak of secrecy surrounding Louisiana’s nursing home outbreak doesn’t end with state health officials. Despite the urging of federal health officials to provide as much information to the public about COVID-19 in nursing homes to help people make informed choices about how to protect their loved ones, several family members of nursing home residents in a number of different facilities tell WWL-TV some of the homes themselves are not being transparent either.

Lambeth House in Uptown New Orleans was the first cluster of COVID-19 cases reported by LDH in early March. Just days after the state confirmed its first case on March 9, Lambeth House and its outbreak consumed headlines as more and more residents tested positive, some starting to die.

“It was March 16th when they called me to say, your mom's got fever and she's got labored breathing and coughing,” John Gathwright said.

His mother, Barbara is a resident with advanced dementia at Lambeth House.

“Everybody thought for sure it was a death sentence for my mom.”
Gathwright would be one of the lucky ones who beat it. It took weeks, but Barbara eventually turned a corner. According to the data, about one in four nursing home residents who test positive for COVID-19 is dying. Orleans Parish death records reveal the virus has killed 21 residents at Lambeth House so far.

On the West Bank, 12 residents of Jo Ellen Smith Convalescent Center have died, 10 more at River Palms Nursing and Rehab.

While the Lambeth house was the first cluster identified, and received the most publicity about its outbreak, coronavirus has hit even harder at a Covington nursing home in St. Tammany Parish.

In St. Tammany, more than half of all the COVID-19 deaths are residents of nursing homes.

It is unclear how many residents at the facilities have tested positive, but survived, like Barbara Gathwright at Lambeth House because, again, the state has refused to release location-specific numbers.

“If anything, we have underreported COVID deaths in Jefferson Parish. There's no question. You know, we try to report every case accurately, but I'm sure there have been some deaths, especially early on when the CDC was not allowing us to mark a death as COVID without a positive COVID test,” said Dr. Gerry Cvitanovich, the Jefferson Parish Coroner.

Six out of the 16 nursing homes with more than five deaths in the three-parish area are in Jefferson Parish. Fourteen residents have died at Metairie Healthcare Center on Riverside Drive. Across the river, the virus claimed the lives of 12 residents at Jo Ellen Smith Convalescent Center on the West Bank.

Jefferson Parish death records show at least eight residents of St Joseph have died as of two weeks ago.

“It's not surprising that you would have a lot of cases in the nursing home, just like it wouldn't be surprising to have, you know, if one person in my house got sick for the rest of us to get sick,” Cvitanovich said.

Could more have been done?

But did all of these nursing home residents have to die?

The question is, could more have been done to stop the spread of the virus in the state’s nursing homes?

Experts say testing was the Achilles’ heel for stopping the pandemic, the inability to test for it for weeks in suspected cases where people had not traveled out of the country and the lag time in getting the test results back.

“I said, well, we're going to test her for this Coronavirus? And they said, no, at this point, I don't think we will,” Gathwright said about his mother.

Gathwright pushed and got his mother a test that resulted in the dreaded news that she was positive.

“I thought it was bizarre that the Rolls Royce of nursing homes was not going to test everybody,” Gathwright said.

Bucking CDC guidelines in those early days, he started a largely-unsuccessful crusade to test everyone in the facility to identify who had it and whether to isolate them to stop the spread, especially since health experts say so many spreaders are asymptomatic.

“I never could get my head around why they didn't want to. They said that the CDC had not regulated or recommended testing for everyone at the Lambeth house. So, they were going with that recommendation,” Gathwright said.

Until last Friday, Louisiana’s state health officials continued to follow those same recommendations, even though the CDC had started recommending blanket testing where tests were available.

“The challenge is it only tells you what the state of play is at that point in time. It doesn't tell you who's going to be positive tomorrow, or who's going to be positive the next day. And it does make it challenging to make decisions based on that and that's one of the things that the CDC has pointed out as they work through what their recommendations are going to be in the future,” said La. Assistant State Health Officer Joseph Kanter three weeks ago.

How did we get here?

He says in early March, area hospitals hesitated to take nursing home patients suspected of having the virus.

“I remember one discussion I had with an E.R. doc, she said, don't admit this patient he has COVID send back to the nursing home,” one of two similar conversations Lacorte describes with ER doctors at that time.

Because of their age and their existing health conditions, Lacorte and other nursing home administrators who asked not to be identified said hospitals pushed the patients toward hospice care back at the nursing homes, fearing the projections that they were about to be overwhelmed by a surge of COVID-19 patients in need of ventilators, then, in short supply.

“So, you're basically sending Typhoid Mary to the nursing home to infect other people,” Lacorte said.

Dubious records of infection control at many nursing homes

Lacorte describes nursing homes as victims in the situation. But federal Medicare inspection records indicate they’re not without blame.

WWL-TV examined inspection documents for Medicare-certified care facilities called infection control surveys and found some red flags about some of the homes hit hardest by the virus.

In dealing with Coronavirus, experts have said it is key to slow the spread of the infection. However, a review of three years’ of records revealed, of the 16 homes hardest hit by the virus, half were given “F” ratings by federal inspectors for infection control in the past three years, three of them for repeat deficiencies.

One of those is Maison Orleans on General Taylor in New Orleans.

Last week, residents in wheelchairs sat side-by-side on the facility’s three balconies, no masks, little social distance between them.

Beyond what you can see just driving by, Maison Orleans has been cited twice by federal inspectors for infection control problems, in 2017 and again last year.

Among other things, the 2019 inspection report found two nurses aide's did not properly dispose of their gloves or wash their hands after dealing with a contagious patient.

All the problems in the infection control citations we found were eventually corrected, but again, inspectors did note repeat problems in half of the homes cited.

“We have a lot of excellent nursing homes in the state who follow the guidelines, who have adequate staffing and who are able to take care of clients, but then we have some nursing homes who really is just looking for the money,” Rogers said.

They're places where Rogers said people can be forgotten, spending out their remaining years alone. And even if they are not, if family members want to visit or check on them, right now, the coronavirus adds another layer of cruelty they can't.