How safe is your school? New data breaks down violence in Louisiana schools

Violent incidents at Louisiana schools are on the rise, according to data collected over the past two school years. 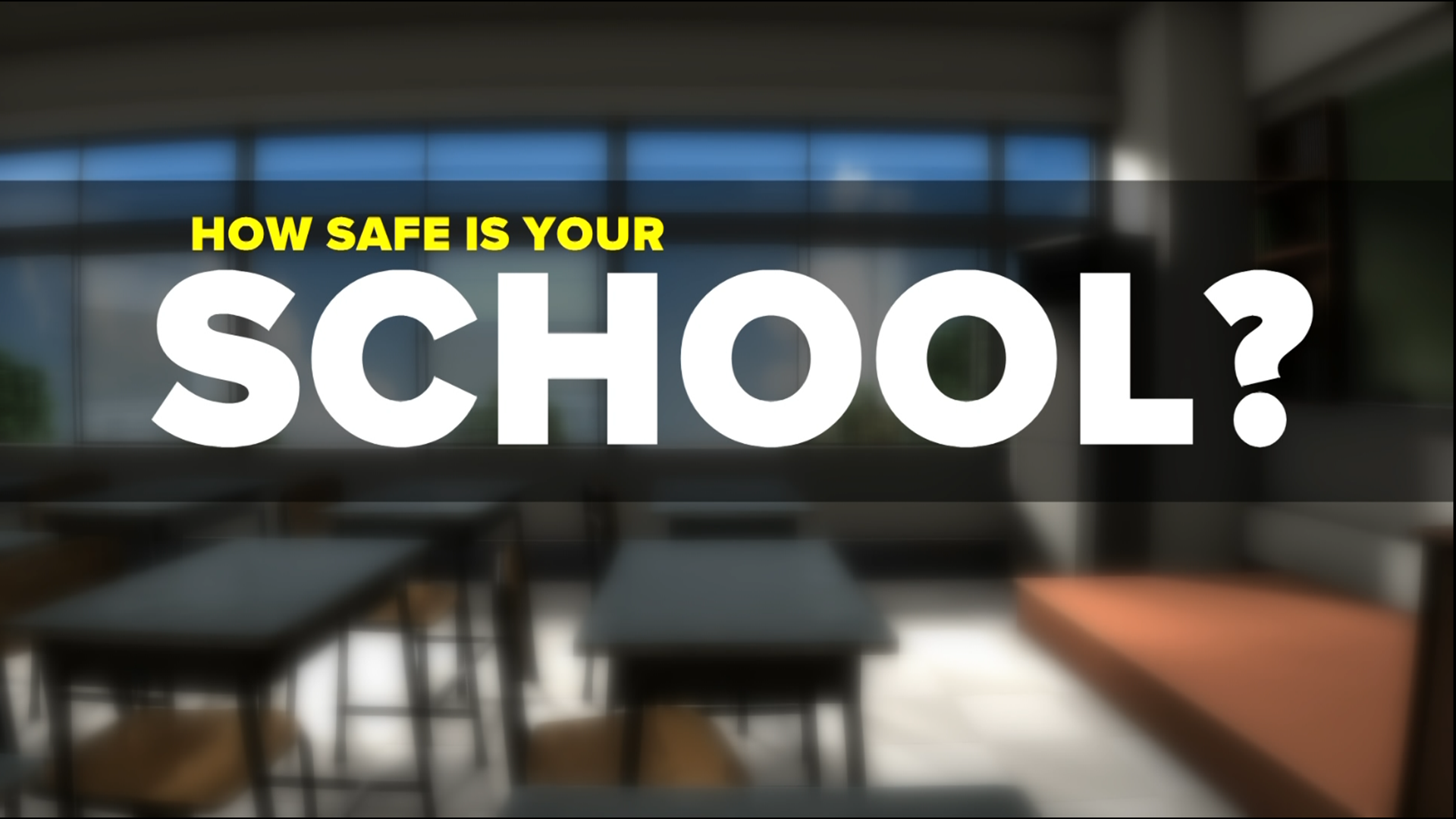 NEW ORLEANS — On the last day of school last year at John Ehret High School on the West Bank last year, the number of fights among students got so bad administrators put the school on lockdown and called in the Jefferson Parish Sheriff’s Office to help bring the situation under control.

"I was kind of scared because at my school there weren't really any lockdowns like that,” said student Ameer Joseph the day it happened.

Parents complained of the violence with students settling neighborhood scores on school grounds and words on social media handled with fists the next day at school.

“It's different when you see it on the news, but when it's yours you're kind of frantic,” one parent told Eyewitness News.

Despite parents’ concerns about the violence at Ehret, the school fell just outside of the top ten schools reporting the most incidents of violence for the 2018-19 school year with 24 incidents reported to the state.

“There are several fights every day, several a day, not just a one-time incident or isolated incident,” said Kathy Schultz, now a former Ehret parent.

She pulled her son out of the school after he was attacked last fall.

Data from the Louisiana Department of Education show several middle schools in the Jefferson Parish Public School System reported the highest number of violent incidents out of all the public and charter schools in the state during the last school year.

The state requires all public and charter schools to track incidents for which students were disciplined, including fights, violent crimes, drugs, tobacco use, weapons and many more.

Seven out of the top ten schools reporting the most violence were Jefferson Parish Public Schools.

But the lion’s share of Jefferson’s school violence isn’t being reported in area high schools, they’re in middle schools with grades 6-8. Out of 1,288 schools in Louisiana, three Jefferson Parish middle schools reported the most incidents of violence in the state for the 2018-19 school year: Riverdale with 73 incidents, Stella Worley with 42 and J.D. Meisler with 41.

“This is the largest system in Louisiana. You know, we have nearly 51,000 kids. We have 82 schools. So, we always have challenges. But I think that we're being very strategic in how we address those with limited resources,” said Superintendent of JP Public Schools Cade Brumley.

Brumley took over management of the district less than two years ago.

Just last week, he announced plans to move away from the “middle school model,” asking the school board to vote to consolidate four existing schools, creating five larger elementary schools where students stay from PK-8th grade.

RELATED: Confusion as Jefferson Parish has plans to close, consolidate some campuses

Parents and teachers questioned the move at the school board meeting where Brumley announced his school realignment plan.

“Why hasn’t JP Schools held any community focus groups to ask stakeholders about their neighborhood schools,” asked one parent at the meeting.

Brumley said phasing out middle schools, keeping kids in the same schools from PK-8th is, in part, to help stop the violence in middle schools.

Riverdale Middle School, with nearly double the number of violent incidents as any other school in the state, is one of the schools Brumley wants to consolidate, merging it with better-performing Jefferson Elementary.

“Every teacher that went up and talked about it tonight was against it. And the very first thing that they did, after we had our only chance to comment on it, was they said, lets vote to approve this at the next meeting,” said Jeffrey Barrios, a Jefferson Elementary parent at the school board meeting.

But Brumley has some support on the board. Former middle school disciplinarian, now School Board Member Billy North, said he agrees the middle school model isn’t working.

“I see a middle school problem. All right. The model the middle school model is not effective,” North continued, “Because the teachers and the administration get to know the kids from the time the kindergarten kids can think about a middle school.”

Two years ago, however, the list looked much different with KIPP Leadership Academy on St Claude Avenue at the top of the list reporting 59 violent incidents to the state.

KIPP Spokesman Curtis Elmore said, "We are concerned that the number reported is not an accurate representation. We experienced some challenges around data entry during the 2017 – 2018 school year. Since then, we have implemented additional training and updated our processes to ensure correct data reporting. While there were some altercations that year, the number depicted is not an accurate representation of the data."

That's around the time the state changed the way schools report violent incidents, leading to some confusion among the schools that the state considers a "learning curve". In prior years, the incidents were separated into specific categories, such as battery, arson, burglary or rape, just to name a few. But three years ago, the state changed that, instead lumping all incidents of violence into one category.

That makes it difficult to compare the data we received from the state year-over-year.

But what is clear, with parents protesting about incidents of violence at some schools in Orleans and Jefferson Parishes over the past year, students, parents, teachers and administrators are all concerned about violence when it happens.

“Number one, a neighborhood concern from the night before that comes into our school system the next morning, or a social media concern where students have some type of issue with each other over the cell phone,” Brumley said.

While Brumley wants to re-structure the schools to help the problem, he said that's just part of the solution.

Eyewitness News talks to students at one of those schools where discipline for incidents of violence is dropping Tuesday on the Eyewitness News at 10.