Third party inspectors are paid by contractors, rather than cities or parishes, creating a potential conflict of interests. 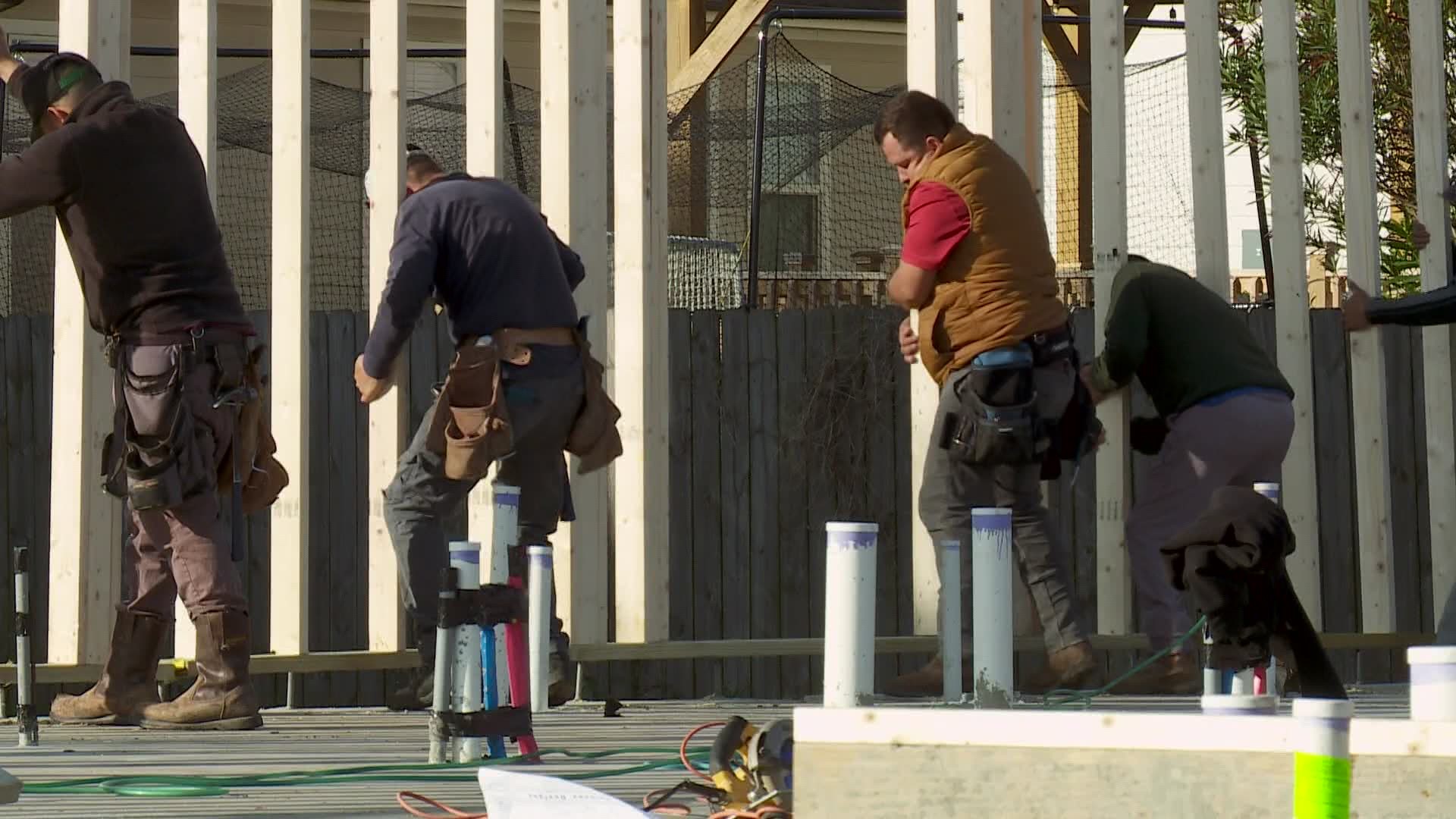 NEW ORLEANS — More than half of all the building inspections for the City of New Orleans in 2020 were not done by city officials, but inspectors working for private, third-party inspection companies.

Many of those inspectors are employed by cities and parishes outside the city, but they do inspections in New Orleans for third-party companies after hours.

The top building official for the city of Kenner, James Mohamad, was flagged by the City of New Orleans for problems with inspections he submitted while moonlighting for a third-party inspection company.

Mohamad did not inspect the Hard Rock site, but when city building officials started looking at inspections overall, emails show officials identified a number of inspections submitted by Mohamad four months prior that contained duplicate photos in them.

Mohamad is the Code Enforcement Director for the City of Kenner and he has been tasked with oversight of the millions of dollars in inspections Kenner inspectors completed on the new airport terminal.

“This is in my backyard and it has to make the city of Kenner shine,” Mohamad said in an interview with WWL-TV in July 2019 after problems cropped up with wastewater pipes at the terminal.

One missed construction flaw in the inspections could have added to the billion-dollar price tag or compromise the safety or integrity of the new building.

Those are just a fraction of the inspections Mohamad oversees by Kenner inspectors. In addition, he’s tasked with taking in inspections done by third party inspectors.

Kenner officials said 99 percent of the third party inspections the city receives are done by a company called IECI. Mohamad also moonlights IECI, doing inspections for cities and parishes outside of Kenner. That’s why he submitted inspections to the City of New Orleans.

State law regulates very little about what building inspectors need to document as they visit construction sites and verify that the work being done meets International Building Code standards. In New Orleans, inspectors are required to submit photos to prove the inspection was completed.

In June of 2019, city officials found Mohamad submitted two dozen inspections with photos duplicated from other job sites. For example, a photo of 2508 Marengo Street Uptown was submitted for an inspection of 831 Atlantic in Algiers and 1983 Law Street in the 7th Ward.

Records show all the inspections Mohamad said he completed at the duplex at 3707-09 Loyola Ave. contained photos of a different house, one on Pleasure Street.

Mohamad and his side job employer, Randy Farrell, the owner of IECI, strongly deny Mohamad failed to show up on site for any inspection, instead blaming the duplicated photos on “human error."

Farrell said by phone that Mohamad's breakup with his 30-year girlfriend left him distracted, working late into the night at that time, and because his inspectors are forced to take multiple steps to email the site photos to the city, that "it's very easy to accidentally insert a extra picture."

But New Orleans officials found some photos duplicated for three and four different properties and again, on the Loyola duplex, all of the photos for all the inspections at that address are shots of a different house.

No standard in Louisiana

To work as a third party inspector in Louisiana, people have to be certified by the International Code Council and then register with the state code council, or LSUCCC.

The LSUCCC operates under the State Fire Marshal, Butch Browning.

He said Louisiana does not certify inspectors, license them or regulate them, that state law only requires them to register that they have been certified with the ICC.

Browning said there is no standard in Louisiana for how inspectors must document that an inspection has been completed. Some local governments do have their own codes and policies, such as New Orleans’ requirement that inspectors submit pictures.

In October of 2019. then-Safety and Permits Director for New Orleans Zach Smith, sent an email to Farrell raising concerns about the duplicate photos in Mohamad's inspections.

Smith writes, “I believe it means that inspection documentation was being provided to the city on behalf of your company fraudulently. Based on this review of just the month of June 2019, I cannot allow Mr. Mohamad to continue to perform inspections in this parish."

Even if the duplicate photos were submitted in error, in 2019, in addition to his full-time department head position in Kenner, Mohamad was inspecting for IECI in a number of cities and parishes, Orleans, Jefferson and St. Tammany parishes among them.

We looked at thousands of inspection records for New Orleans, Kenner and St. Tammany and zeroed in on one day in June of 2019.

Jefferson Parish refused to release similar public inspection records. Senior Assistant Parish Attorney Robin Klibert cited an active criminal investigation by an unnamed agency and said, “The information that you are requesting is similar in scope and nature to the content of a court-ordered subpoena which prohibits the release of such information outside of the scope of the investigation.”

But the records for New Orleans and Kenner reveal on June 19, Mohamad submitted 12 inspections. Less than half, only five of those, were in Kenner.

“We typically could do five inspections a day per person in my company,” said Monroe State Rep. Foy Gadberry, who used to own a third party inspection company.

But that number can vary widely based on the number of inspections at each location and the distance between properties.

Gadberry is a former chairman of the state’s Code Council. He says dozens of inspectors around the state do third party work that is supposed to begin after they finish their full-time city jobs.

“They were going out after hours after their normal municipal job was complete, they're going on after hours and do an inspection. And the council didn't see that as a conflict,” Gadberry continued, “to me, that's a conflict either way, but I guess technically it's not.”

Farrell hires many city and parish inspectors part time for IECI too. He said the system helps overcome a shortage of inspectors in the state and cuts costs for the taxpayers because contractors pay the cost of his inspections, not the cities they submit them to.

Several experts we spoke with said the problems with Mohamad's inspections highlight the need for better regulation and reform because there's no room for error when it comes to building safety.