Testifying at trial allowed Finn to take back the feeling of control of his life, despite living behind bars, awaiting trial on a drug-related charge. 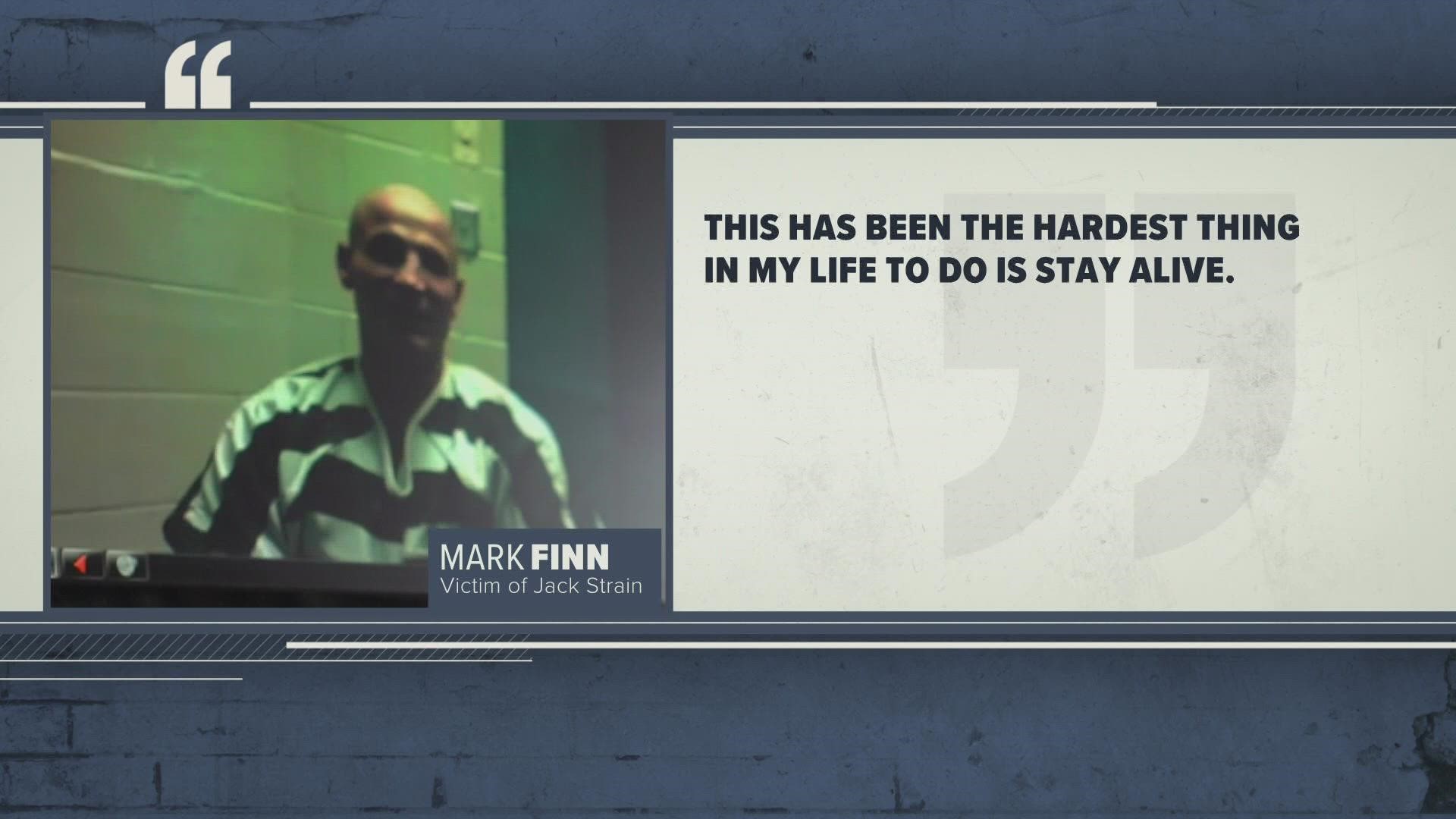 The jail, a place that Strain controlled for two decades, erupted with cheers as inmates pounded on the windows surrounding one man awaiting trial on a drug-related charge, Mark Finn.

Finn was one of five victims who took the stand as St Tammany prosecutors made their case that the former sheriff had been hiding a dark, criminal past for years, including when he was one of the top law enforcement officers in Louisiana.

“I was not worried one time that one member on that jury was gonna say not guilty,” Finn said in his first interview about the case with WWL-TV and partner newspaper the Times Picayune | New Orleans Advocate.

On a video conference call from behind the jail walls, Finn beamed with a smile from ear-to-ear as he talked about Strain’s conviction. For the 51-year-old, it meant the release of a secret that he says nearly destroyed him.

“I thought that so many times, Mark, you're almost there, don't give up,” he said. Thoughts of suicide frequently entered Finn’s head as he battled a life of crime, but the only witness to publicly tell his story credits the love of God and his mother for pulling him through. “This has been the hardest thing to do in my life is to stay alive.”

Through the 10-day trial, Finn said he found comfort in the kind words of staff and inmates at the St Tammany jail and encouragement from his mother, Pat.

“I don’t think anybody realizes the fear he put in me. I hate to say that. I'm not scared of anybody, but I was scared of him,” but not anymore Finn said.

In recent years, Finn has had trouble sleeping at night, but Monday night he “slept like a baby.”

Testifying at trial allowed Finn to take back the feeling of control of his life, despite living behind bars, awaiting trial on a drug-related charge.

As the first to publicly open up about the abuse he says he suffered at the hand of Strain, a 2019 interview with WWL-TV and partner newspaper the New Orleans Advocate led other victims to come forward. While Strain faced no charges related to the fifth accuser, that victim went to the DA’s office after seeing Finn's interview on WWL-TV with other Strain family members.

He said they poked fun at Finn, claiming his story wasn’t true. But the fifth accuser told prosecutors, and later the jury, that the abuse happened to him too as a child.

That led Finn to feel like he “went from a zero to a hero” in sharing his story.
“Every day in jail, in prison, on the streets, I had to think about what Jack Strain had done to me,” Finn said. “Now when I wake up, the first thing that I think of is that he was found guilty. Not on one charge, not two, not three, not four, but all the charges he was in court on. When I heard that and seen that on TV, I was so happy.”

Finn’s attorney has also filed a civil lawsuit seeking damages from the former sheriff for the abuse. That case is still pending.