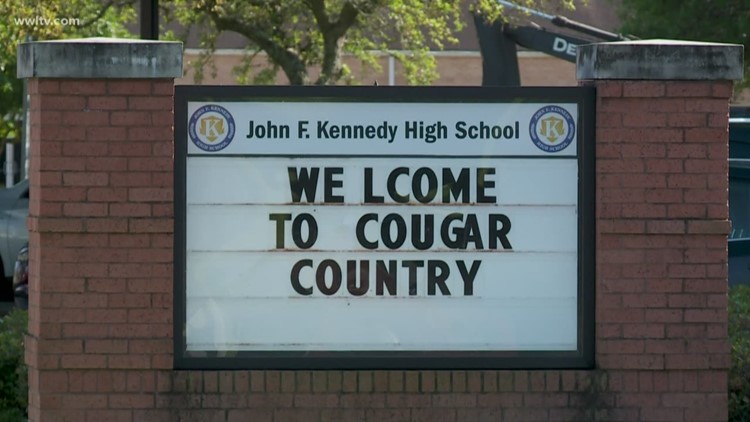 The suit was filed July 1 by attorney Suzette Bagneris on behalf of Darnette Daniels, the mother of Tayler McClendon. McClendon is a Kennedy student who was initially told she could graduate in May, but after walking in graduation ceremonies learned she had to redo her entire senior year because of admitted negligence by school officials.

Now, Bagneris has added nine more parents as plaintiffs, representing nine more Kennedy students. New Beginnings Schools Foundation, the charter network that runs Kennedy, had argued in court that it couldn’t address allegations affecting any students other than McClendon because they weren’t named as plaintiffs.

RELATED: No diplomas for more than half of Kennedy High 'grads' forced to retake classes this summer

The lawsuit also adds the state Department of Education as a defendant, along with New Beginnings, the Orleans Parish School Board, the state Board of Elementary and Secondary Education and TenSquare, a contractor New Beginnings hired to help manage the school after firing most of its leadership over grade-fixing and other alleged misconduct.

And instead of alleging that mismanagement compromised the class credits and transcripts of about half the 2018-19 senior class, the suit now argues that every student who attended Kennedy in 2018-19 and again this school year have been affected.

State records indicate that some Kennedy students weren’t able to graduate because the school had failed to assign them classes they needed to complete in previous years.

“This happened not only to seniors, but to sophomores,” Bagneris said. “I believe it’s pervasive and goes through all the grade levels.”

Kennedy’s enrollment was 441 students in all four grades last school year, according to state records.

Bagneris has requested that Judge Robin Giarrusso certify the case as a class-action lawsuit so that all Kennedy students are officially considered plaintiffs in the case. New Beginnings has argued that information about other students can’t be turned over because it’s protected as private by the Family Educational Rights and Privacy Act, or FERPA.

But, Bagneris noted, FERPA also required the school to provide parents with their children’s educational records within 45 days, something Kennedy and New Beginnings failed to do for dozens of students who needed certified transcripts to prove that they had graduated.

“While we cannot comment on ongoing litigation, our new CEO, Kevin George, and his team are working tirelessly to ensure that every student who attends John F. Kennedy has what they need to be successful in our final year of operating the school,” New Beginnings board chairman Raphael Gang said. “New Beginnings is committed to providing a high quality education for our families and we are confident that our team will deliver on that promise."

New Beginnings’ board voted to relinquish its charter for Kennedy and one other public charter school, Pierre A. Capdau, after the depth of mismanagement came to light.

About half of 177 students in Kennedy’s Class of 2019 were unable to graduate because of multiple management issues at Kennedy – problems that began with grade-fixing and other misconduct by school leaders exposed in March by WWL-TV and The Lens.

Those issues and many others were also found by a law firm the school hired in April to investigate, but after initially promising to release the law firm’s report, New Beginnings declined WWL-TV’s public records request for that report by saying law enforcement agencies were investigating and releasing the report could “obstruct justice.”