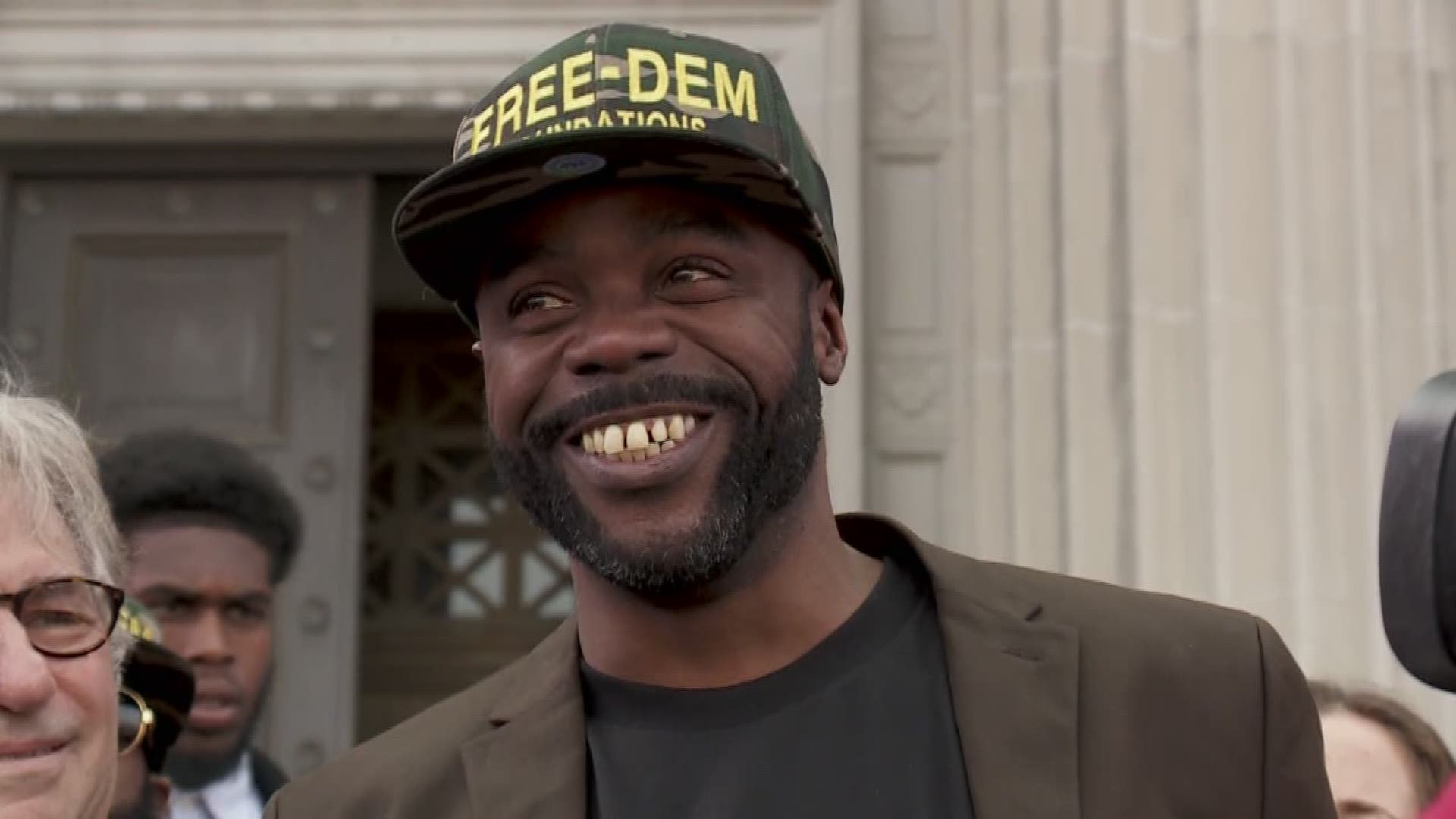 NEW ORLEANS – A man who served 23 years in prison on rape and murder convictions that were thrown out on appeal in 2015 was cleared Thursday after the Orleans District Attorney’s Office dropped all charges, saying it would be too difficult to retry the decades-old case.

Ever since Robert Jones was released in November 2015 into the waiting arms of children he helped raise through prison phones calls, prosecutors had vowed to put Jones back on trial, despite new evidence strongly pointing to another man as the perpetrator.

Jones’ family and friends broke the silence of the courtroom with tears of joy, then applause, as Judge Jerome Winsberg accepted the decision by prosecutors to drop the case.

After composing himself, Jones told the court, “Nearly 25 years ago, a young boy, confused and scared, was charged with a lot of crimes I didn’t commit, and that I ultimately was convicted of. It was devastating.”

Denise Spencer, Jones’ aunt, said, “Robert has been through so much. But whenever there was a disappointment, he said, “Don’t worry about it. Although it looks bad, it’s like picking at a brick wall. Chipping it, chipping it. And one day, this wall is going to fall.’ Well, the wall finally fell.”

Jones’ case was re-opened after an appeals court ruled that prosecutors had withheld critical evidence in the trial in 1996. Attorneys and investigators with Innocence Project New Orleans then proceeded to build an appeal that they said showed tainted identification, poor representation, deep reservations by case detectives and “intentional misconduct” by prosecutors.

“The evidence withheld in this case is a series of police reports, witness statements and, really, a mound of police documentation,” said IPNO Director Emily Maw in a previous summary of the case. “The state failed him. And his attorney failed him. Utterly and completely.”

Hammond Police Chief James Stewart was of the NOPD case detectives who investigated Jones. In response to the dismissal of the case, he said, “That was the right call on that.”

“Had they called me back to court, I would have told the judge he had nothing to do with that case and that should have never happened,” Stewart said. “Unfortunately, it’s 21 years later, but he can carry on the rest of his life and I wish him a lot of luck.”

Prosecutors’ decision to drop the charges came in the middle of an evidentiary hearing in which District Attorney Leon Cannizzaro had been subpoenaed to testify. The about-face by Cannizzaro allowed him avoid personally taking the witness stand.

During the three previous days of the hearing, IPNO attorneys, aided by celebrity defense attorney Barry Scheck, grilled former and current prosecutors to try and show a pattern of prosecutors withholding critical evidence from defendants.

“When you look at this case, you see that it was a total system failure,” Scheck said from the courthouse steps after the dismissal. “We started with the original sin of the case, which is that Robert never should have been indicted.”

While Jones' legal team and supporters considered the dismissal a clear exoneration, a spokesman for Cannizzaro rejected that language, stating, “In the opinion of the District Attorney, today's proceedings did not exonerate Robert Jones.”

“It is difficult to retry any case that is more than two decades old. The office, unfortunately, has concluded that it cannot at this time retry a complex case such as this,” spokesman Christopher Bowman wrote in a statement.

“To this day, the victim is certain that the defendant was her attacker,” the statement continued. “If the District Attorney has any regrets about this case, it is that he is unable to provide a full measure of closure to a strong and heroic woman who suffered a brutal violation. If there is a real tragedy here, then that is it.”

Jones, who turned 44 today, was brought to trial during the tenure of former District Attorney Harry Connick, whose 30-year career as DA has been marred by a number of guilty verdicts reversed due to withheld evidence by his office.

“Today is not only my birthday,” Jones said, “but a day of justice.”

As Jones left the courthouse to join family and friends in celebration, he thrust his arms in the air in triumph and said, “Today, the burden is free. I'm light. I can fly. I believe I can fly right now.”