The latest revelations about potential construction and engineering issues on the building come as federal investigators try to understand what caused the collapse. 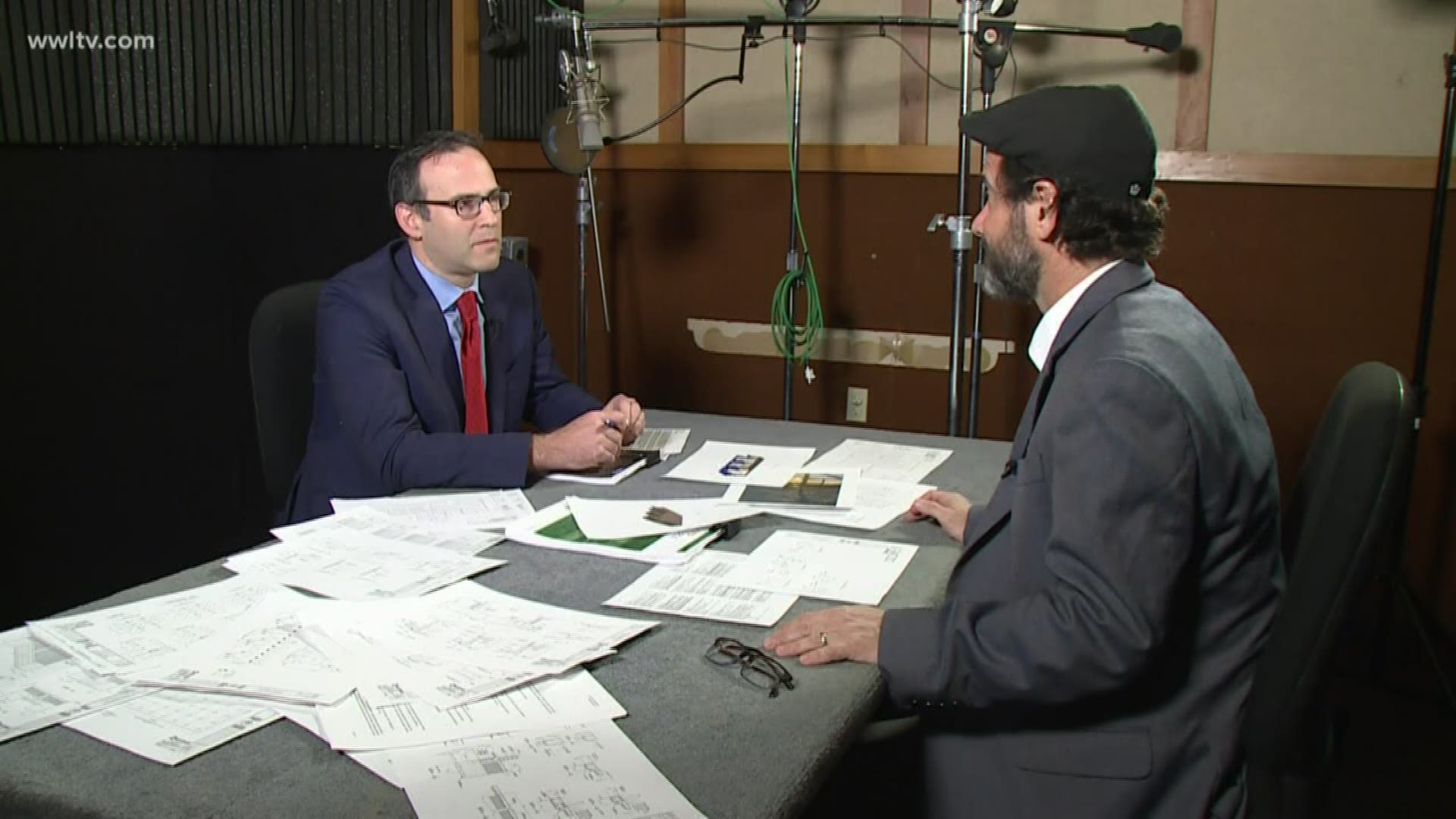 The concrete floors that gave way on Oct. 12 atop the Hard Rock Hotel as it rose above Canal Street were poured into a different kind and size of metal decking than what the city’s permitting office had approved for the project, according to documents and several sources.

Whether engineers accounted for that change in their plans for supporting those floors during construction may be a key factor during the investigation into the source of the deadly collapse, sources said.

The latest revelations about potential construction and engineering issues on the building come as federal investigators try to understand what caused the collapse that killed three workers, injured dozens of others and left part of Canal Street and some nearby blocks closed to business and traffic. The remains of two workers are still trapped in the building that city leaders have said will be demolished.

As officials determine how to take down what remains of the structure, the investigation into what happened is continuing. Experts said that the methods by which concrete was poured and supported may be a cause of the collapse.

Workers who barely escaped with their lives in the calamity raised questions even before the collapse about whether temporary shoring supports were removed too quickly after heavy concrete had been poured onto those corrugated metal decks.

The specifications for the project called for temporary shores to remain in place a minimum of 15 days after concrete was poured on the top floor, and for the building to be shored from top to bottom as it rose. But most of the posts were gone from the top floors when they collapsed just eight days later, photos taken immediately after the collapse show.

A video taken by a worker two days before the collapse showed a shoring post apparently bent from too much weight as the worker mocked the engineering in Spanish.

In large construction projects such as the Hard Rock, metal decks are essentially the molds that contractors pour concrete into so it hardens into a composite floor system.

Michael Lenkin, a concrete engineering expert with 30 years of experience in large public and private construction projects in the Mid-Atlantic region, including an airport terminal and a football stadium, reviewed thousands of pages of city documents and images from the collapse site.

Lenkin pointed to the metal decking as one of several noteworthy alterations to the project — some documented in city records, some not — that bear closer scrutiny.

The full city permitting file for the hotel project, including all communication between the construction team and the city permitting office, was obtained through a public records request. Those documents include no approvals to change the metal decking, nor any request for such a change.

Indiana-based New Millennium Building Systems confirmed that its Versa-dek composite decking was used on the Hard Rock. The permitted plans called for a standard metal decking.

Lenkin, the concrete engineering expert, said that standard decking specified in the permitted plans “would have made perfect sense” with a 2017 building plan that called for more support columns set closer together. But the plans approved by City Hall had a longer distance between support columns, a span that standard metal decking wasn't designed to handle.

“The 3-inch metal deck (in the plans) is not the same as what we see in photographs” of the building under construction, Lenkin said. "That is a very clear fact."

Some composite decking is designed to work with those wider spans, but in some cases the different type of decking necessitates different shoring requirements.

Lenkin noted that key specifics — such as the exact type of Versa-dek product used, its gauge, and the depth of the poured concrete — are not found in city records.

There is a reference to 2-inch Versa-Dek on one page of the permit drawings. But all directions regarding what metal decking to use refer to the 3-inch standard metal decking.

“Versa-Dek is referenced in the plans, but there are no instructions to use it,” Lenkin said.

Section 26-15 of the city building code specifically requires the director of Safety and Permits to approve any deviation “in any manner affecting the construction or other essentials of the building from the terms of the application’s plans.”

The engineer of record on the Hard Rock project, James Heaslip, did not respond to a message seeking comment about the change in the decking. Neither did a spokesman for the property owner, 1031 Canal Development LLC.

Jim Anderson, president of New Millennium Building Systems, confirmed that “Versa-dek composite was supplied and installed in the Hard Rock construction project," but said the supplier was unaware of the permitted structural drawings or the installation methods used at the Hard Rock site.

Anderson said he expected the ongoing investigation led by OSHA to “shed light on that issue, and, if asked, we will share what limited information we have with the investigators.”

He declined to provide any records on the Hard Rock purchase.

The city must sign off before concrete is poured on each floor, and inspectors appear to have done so at the Hard Rock, but those records offer no description of the work or materials.

Detailed “shop drawings” that would show the layout of supports and beams — and a shoring plan – for those top floors also are not contained in the file provided by the city.

Those drawings likely contain clues to the collapse, said Lenkin, who also looked at plans for other parts of the building. He expressed particular concern about the size of horizontal steel beams used to support each floor near the edges of the building, describing them as too small and weak for the task.

RELATED: Hard Rock demolition will be too late for some people out of work

And after reviewing drone footage captured immediately after the collapse, Lenkin also questioned why at least one horizontal steel beam connecting to a steel column did not appear to have any studs fastening the metal deck to the steel beam, while others did. Lenkin noted that the design drawings specify that all steel beams must have studs installed.

A spokesman for Mayor LaToya Cantrell's administration declined to comment on whether city inspectors checked the decking change, or whether the city normally requires developers to file shop drawings with details on the construction.

“The City continues to work with OSHA and all appropriate entities to investigate and review the details surrounding the collapse incident," the spokesman said in an e-mail. "Specific questions related to the collapse can be addressed more fully following the completion of the overall investigation.”

In his review of the documents, Lenkin pointed to a more fundamental change to the project from what the city initially approved — namely, a change to the structure of the Hard Rock itself above the 8th floor.

At first designed in concrete all the way up, the plan changed about two years ago, records show. The Hard Rock would still be concrete up to the 8th floor, but above that, a new design submitted to the city called for concrete and steel.

The plan also called for the placement of columns to change at the 14th floor, and again at the 16th. Those “transfer floors” also brought different layouts for the metal decking.

But those details also remain out of the public eye, making any firm conclusions about the cause of the collapse elusive.