Arrest made in deadly hit and run on Hale Boggs Bridge

Hunter Johnson is accused of hitting four construction workers with his car that night, killing one and injuring the others. 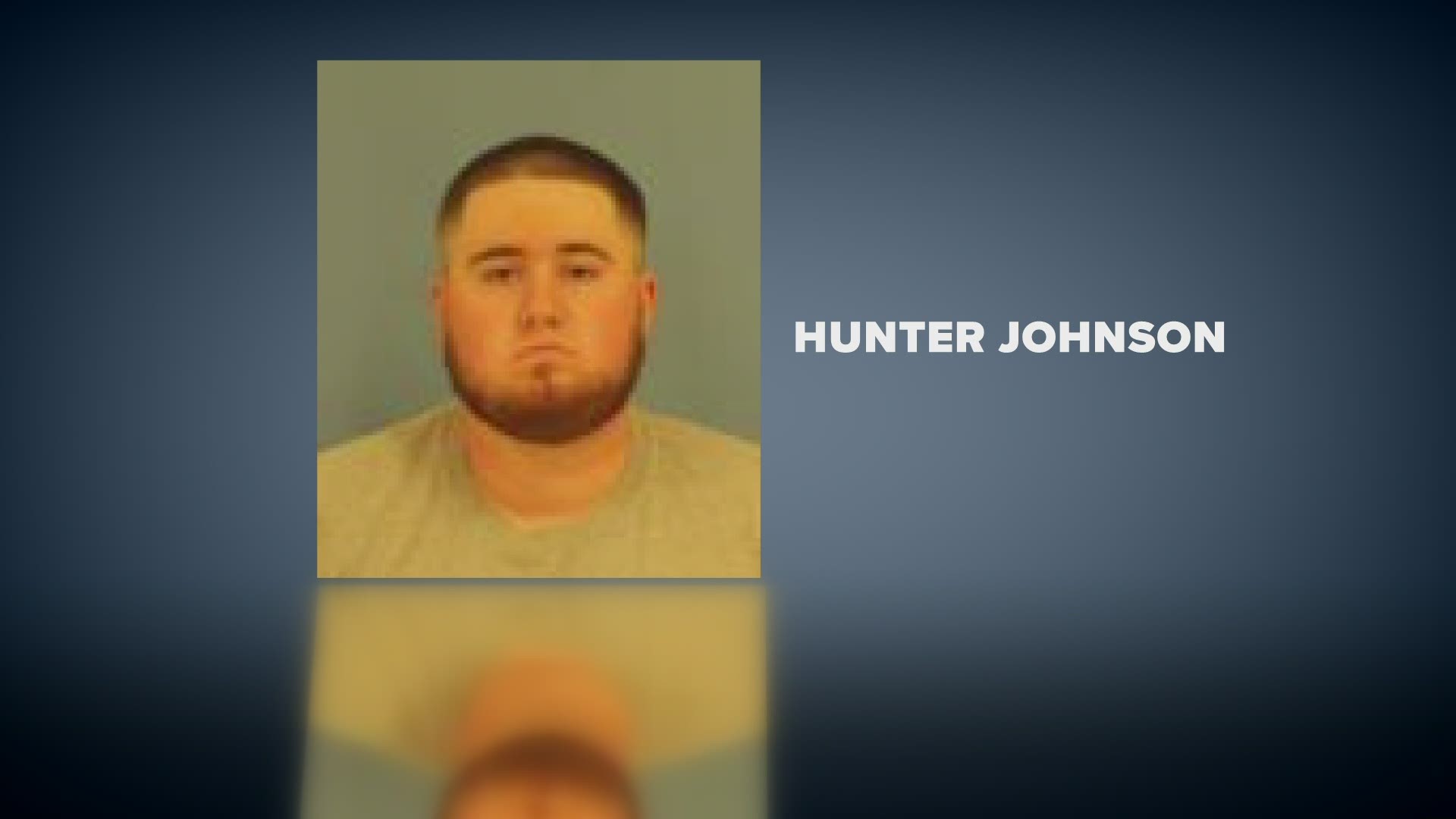 ST. CHARLES PARISH, La. — Ever since construction worker Brady Ortego was struck by a hit-and-run driver on the Hale Boggs Bridge and sent flying into the river, his widow Adele has been waiting for a phone call from the State Police.

After waiting nearly eight weeks, that call finally came Friday morning with news that officers arrested Hunter Johnson, 22, and booked him in the fatal accident.

Johnson was booked with vehicular homicide, hit-and-run involving a fatality, obstruction of justice, all felonies, and reckless operation, a misdemeanor.

“These eight weeks have felt like eight years,” Adele Ortego said. “For myself, my daughter and his family I think it's an overwhelming sense of relief at this point.”

The arrest came after Johnson's name surfaced days after the accident, in which he abandoned his mangled truck and a passenger on the bridge. The body of Ortego, 44, has not been found.

An exclusive WWL-TV investigation found that Hunter’s wrecked pickup truck had been returned to him at his home in Reserve. Later, Johnson and his mother Pebbles Johnson, were named as defendants in a wrongful death lawsuit filed by the family.

“There's no doubt in my mind that the light your station and the media shone on this case created a greater sense of urgency,” said Rafael Goyeneche, president of the Metropolitan Crime Commission, a non-profit criminal justice watchdog group.

The lawsuit also names Johnson’s mother, Pebbles Johnson, as a defendant. The suit, filed in Orleans Civil District Court, claims Pebbles Johnson picked up her son from near the accident scene and hid him from authorities at a local motel.

WWL-TV legal analyst Keva Landrum said that because the driver fled the scene, investigators must have developed some other evidence of impairment to make an arrest on the most serious charge: vehicular homicide, which carries up to 30 years in prison.

“You have to prove that either they had a blood alcohol level of either .08 percent or higher or that they were on some type of drugs,” Landrum said.

While the nature of the evidence hasn't been revealed, Adele Ortego said she can finally begin a grieving process that had been put on hold.

Ortego said she felt a “roller coaster of emotions” when a State Police sergeant told her of Johnson’s arrest. “

“I felt this overwhelming feeling of relief at this point that Brady's life wasn't taken in vain. That at this point, somebody will have to answer to it,” she said.

Johnson was booked into the Nelson Coleman Correctional Center in St. Charles Parish, where he is being held without bail until his first court appearance next week.