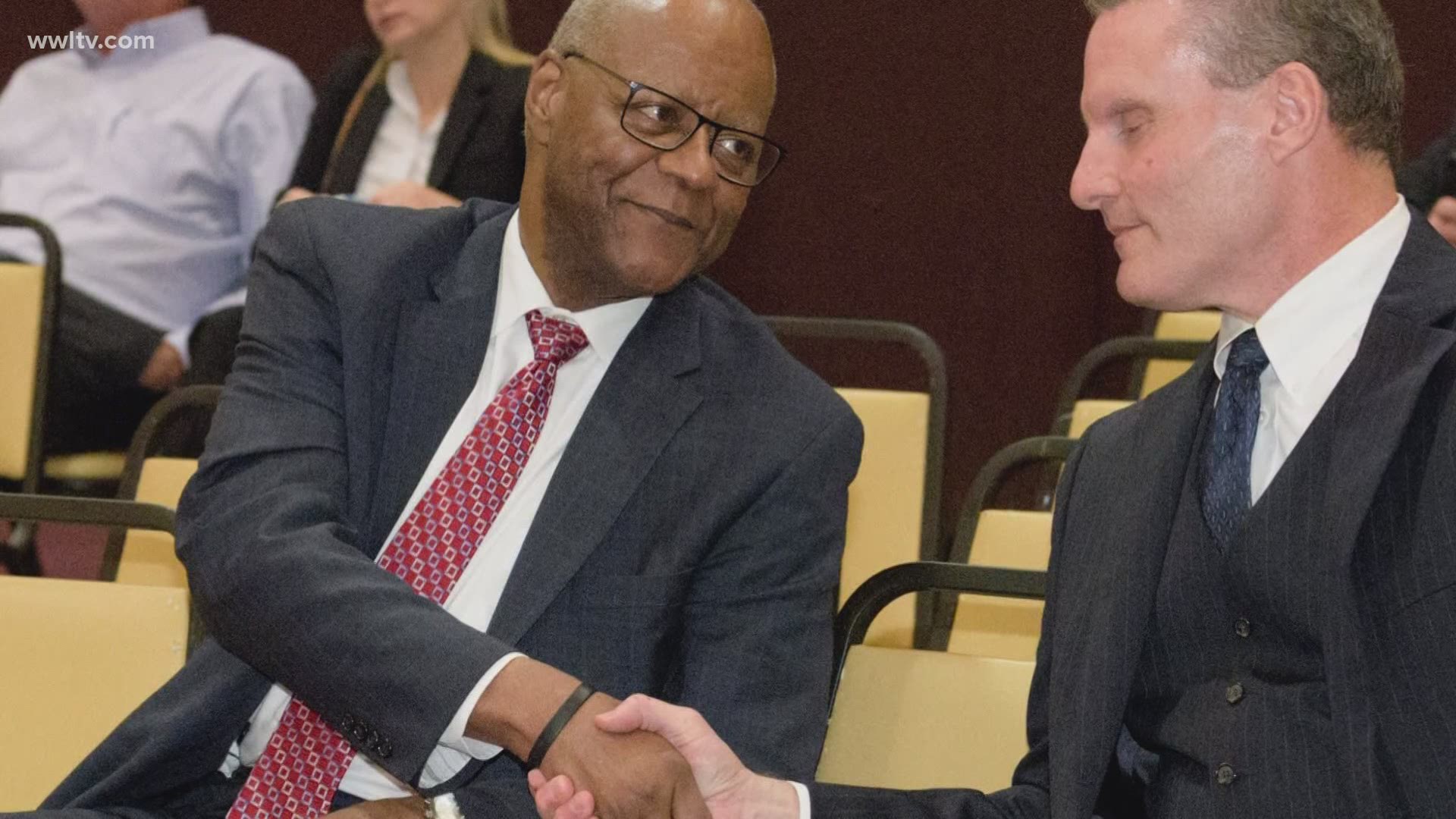 NEW ORLEANS — Just hours before he left his $200,000- a-year position as New Orleans Inspector General, Derry Harper broke his silence, taking issue with the characterization that he was forced to resign due to his absenteeism, lack of engagement and poor productivity.

“I disagree that my poor attendance or my attendance had any impairment or negative impact on the operations of the office,” Harper said in a Zoom interview.

Yet swipe card attendance records obtained exclusively by WWL-TV show spotty attendance by Harper throughout 2019. Harper only logged seven five-day work weeks at his office out of 52, the records show. Three of those weeks came in June.

The head of the Ethics Review Board, the which oversees the office, was blunt when shown the station’s findings.

WWL-TV’s investigation, “Who’s Watching the Watchdog?” has exclusively obtained another document, the stinging internal report that paved the way for Harper's early departure.

This six-page report by board attorney Dane Ciolino summarizes interviews with about a dozen current and former employees under Harper, who took the job in early 2018.

“Mr. Harper is ‘out of the office’ excessively,” the report states, quoting an employee. “This began ‘on day one’ of his tenure.”

“Attendance is non-existent,” an employee stated.

“It is not uncommon for him to be out ‘for weeks,’” another said.

He "drops off the face of the earth,” yet another is quoted in the report.

City officials said even they had trouble catching up with Harper.

In his parting interview, Harper defended his tenure.

“I took leave or I worked as hard as I could under the circumstances,” he said.

But the employees questioned Harper's commitment. In the report, they are quoted saying: “Mr. Harper is “disengaged” from his job and provides almost no ‘leadership.’ ”

The lack of engagement caused “reports to sit on his desk for weeks and months,” the document states.

“Obviously,” Moreno said, “this was not the right direction or the right leadership for the IG's office.”

Records show that under Harper, Lang held two job titles, one with the IG's office and one with the Ethics Review Board and was paid the combination of both salaries. The situation was corrected one day after WWL-TV brought the arrangement to the ERB's attention. Lang is now listed as an analyst in the IG’s office and her previous combined salary has been roughly cut in half.

Harper, on the eve of his departure, did not have answers about how Lang ended up carrying two job titles and why the situation persisted until it was flagged by a reporter.

“You're saying something that I'll have to go and look into,” he said.

The internal report does cites some positives about Harper, as well as some mitigating factors.

In the report, employees described Harper as “wise” and “gentlemanly.” They also say he “inherited a dysfunctional office.”

Harper agreed that the office was in turmoil when he arrived in early 2018.

“We didn't have senior leadership to supervise the divisions, there was no permanent general counsel,” he said. “We even lost the interim general counsel at the end of 2018. The office was unable to release several reports.”

Harper also conceded his office was hurt by emergencies like the cyber-attack that froze the city's computers, then the pandemic that forced people to work from home.

This year brought additional hardships for Harper, deeply personal ones.

Harper said he was already struggling with some of his own health issues when his 40-year-old son David passed away suddenly in April.

“It became apparent to me that in the months since then, both the grief and the stress that is attendant with doing this job well was causing significant physical and mental health problems for me,” he said.

The death of a child is a crushing blow for any parent, but doubly so for Harper, who lost another son eight years ago from a heart ailment. Michael Harper was 30 years old.

His office struggling, his job on the line and his personal tragedies weighing him down, Harper admits he was forced into some deep soul-searching.

“Did I have the energy, the health status and the will to keep on fighting that, and the grief and other pressures? I decided clearly indicated that it was time for me to take better care of myself,” he said.

Harper left on Oct. 31, replaced by Interim IG Ed Michel. In a presentation to the City Council during budget hearings, Michel vowed to start restoring the agency’s credibility and productivity.

The Ethics Review Board is now conducting a national search for a permanent replacement.