Smith was shot three times in the head, once in the face, multiple times in the chest and both arms, but the bullets didn't strike any major organs 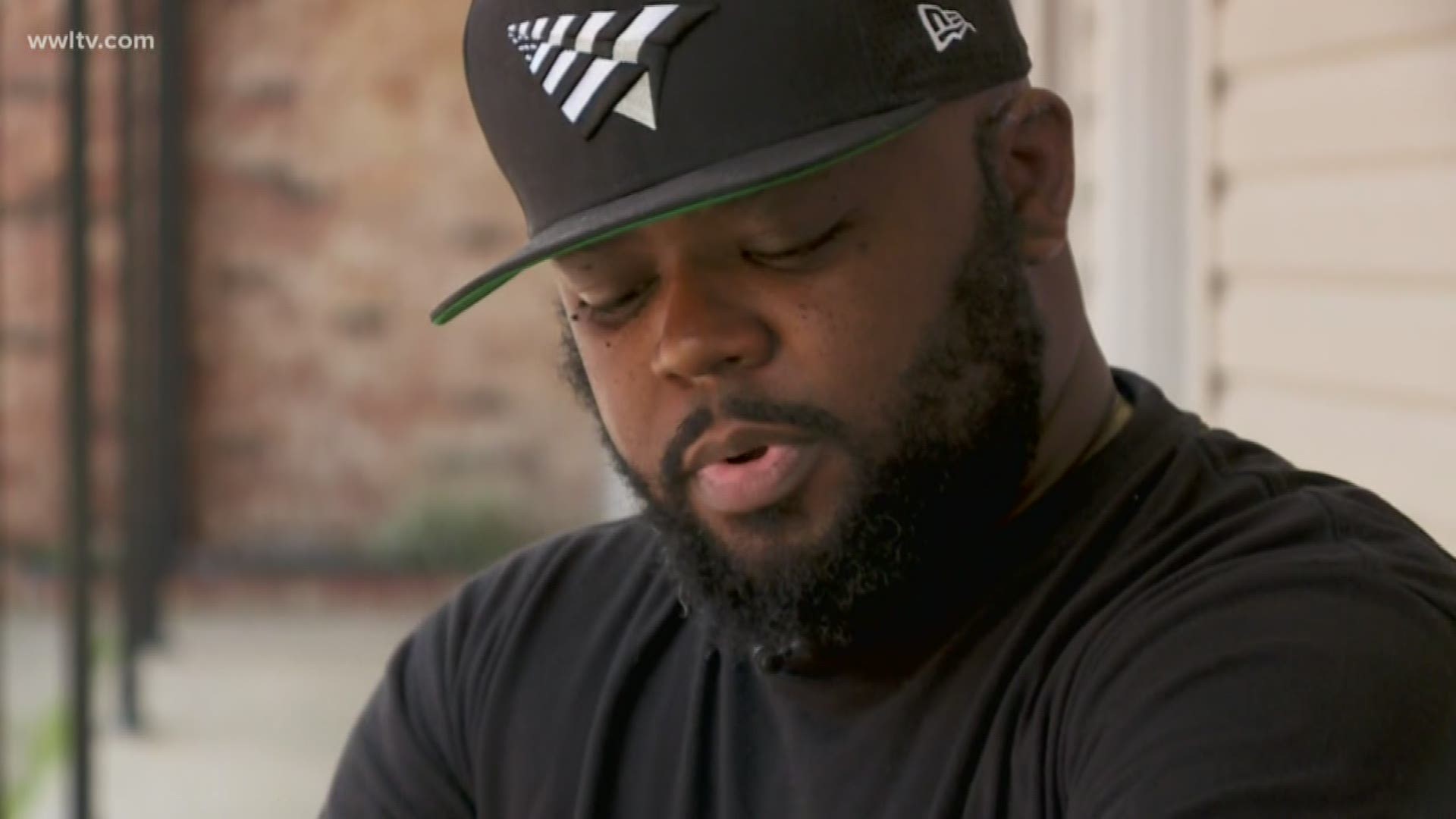 NEW ORLEANS — Terry Smith was sitting in his car, taking a short break from his hotel housekeeping job.

It was 6:40 a.m., the sun not yet peeking over the horizon, and the streets of the French Quarter were quiet.

The peace was broken with no warning. The first thing Smith remembers was the sound of breaking glass.

“I was sitting in the car, taking a break from work and the glass shattered,” he recalled.

Before Smith could react, he felt himself being blasted by an avalanche of bullets.

“When I looked up, I just saw somebody standing out there with a gun,” he said. “It's like he was shooting to kill, basically. And I've never seen this guy in my life.”

Police say the shooter was 25-year-old Kwane Brown, who was making one last random stop during a three-state crime spree after shooting a woman in Georgia, robbing a gas station in Alabama, then parking in the French Quarter with a Glock 9mm.

The gun's extended magazine held 18 bullets. And every single one hit Smith.

He was confused, bleeding, but completely aware of what he was going through.

“I knew I was shot a lot of times. I just was wondering, Why? Like, why?” he asked. “It was blood everywhere.”

Smith’s survival instincts kicked in: Get away. Get away now.

“That's the first initial thing I thought about, just driving off. Just getting away,” he said.

His adrenaline spiking, Smith, 34, drove from his parking spot in the 100 block of Decatur looking for help. He turned onto Canal, then back into the French Quarter, until he hit Dauphine Street, a full eight blocks from the shooting scene. There, he saw a group of hotel workers and he calmly got out of his car to ask for help.

“I ran in there and I was like, Can y'all help me? I've just been shot. Everybody was running around going crazy. I was just standing around, like, oh man, I'm messing up these people's hotel.”

“I had blood all over their floor and stuff,” he recalled.

As Smith waited for an ambulance, his thoughts turned to his fiancée and two children, a 14-year-old daughter and 10-year-old son.

Even in those harrowing moments, Smith remained alert and composed. One thing in particular kept him hopeful.

“I'm going to stay alive because I can breathe normally,” he thought. “I felt good about that.”

Blocks away, just across Canal Street, police stopped Brown after witnesses, alerted by the gunfire, pointed out his fleeing car.

A New Orleans police officer and State Police trooper took Brown into custody. When they asked if he had a weapon, he said yes. The trooper found the Glock under the driver’s seat, along with a second fully loaded magazine.

At the Eighth District Police Station, police say Brown offered a full confession, according to a police report. All of it. The shooting in Columbus, Ga. The armed robbery in Mobile, Ala.

The officers asked Brown why he opened fire on Smith.

“(Brown) stated that the driver was on the phone and (Brown) thought he was talking about him,” the police report states. “(Brown) stated that he thought the guy was after him and was in fear for his life, so he got out of the car and ‘handled it.’ ” 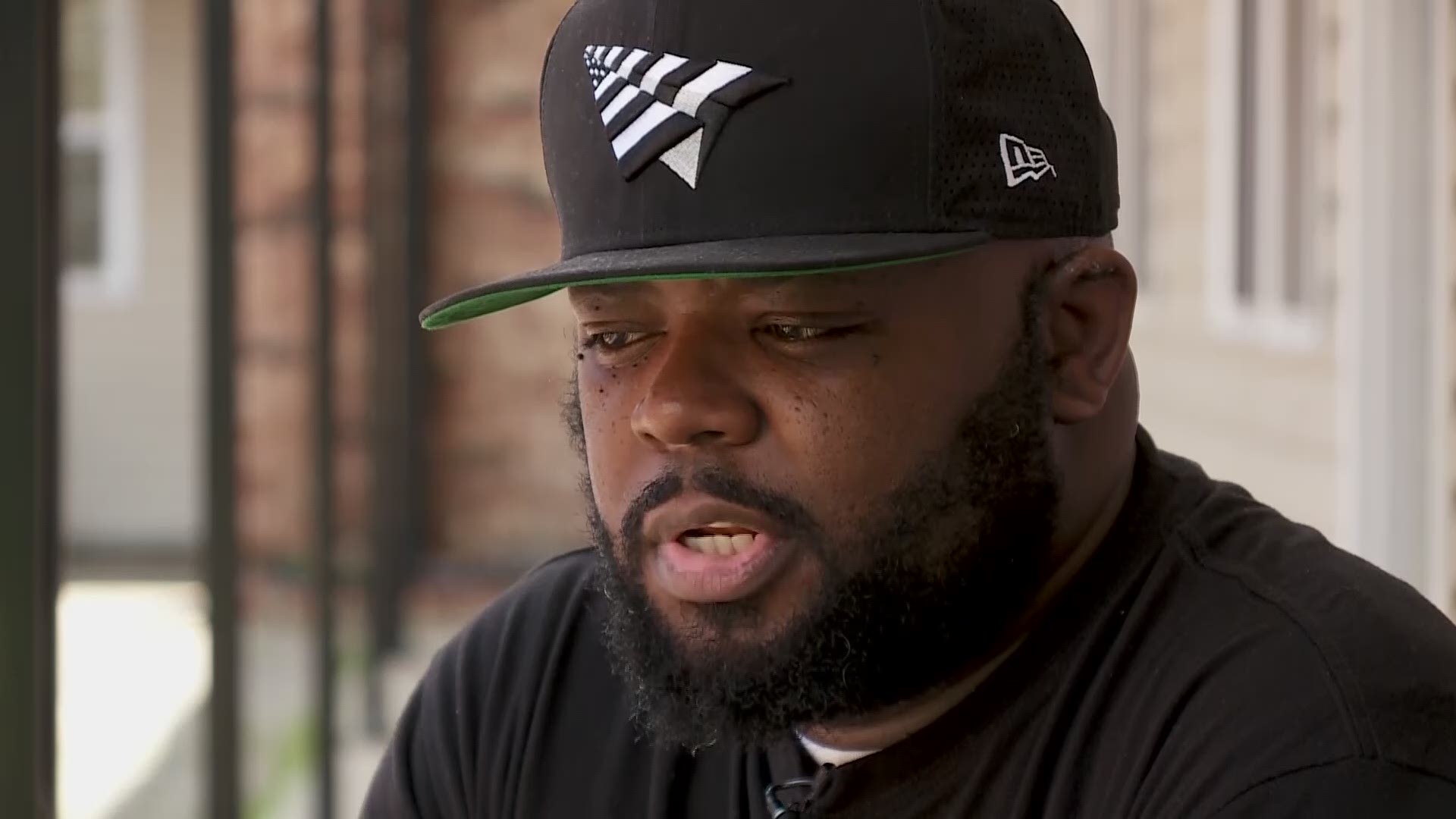 When Smith arrived at University Medical Center, a medical team swarmed over him, a well-choreographed sequence perfected by the grim parade of gunshot victims treated here routinely. In fact, UMC’s trauma center treats more gunshot casualties than just about any other emergency room in the country.

“You look at him and you see blood everywhere, holes too numerous to count, and your first thought is: he’s dying, and we'll be in surgery in the next five minutes,” said Dr. Lance Stuke, an LSU trauma surgeon at UMC.

Stuke and the rest of the team counted the bullet holes as they assessed the damage. They were stunned.

“Eighteen individual wounds is among the highest I've ever seen,” Stuke said.

Through it all, Smith was wide awake. He, too, was wondering about the damage to his body.

Of all the amazing elements of Smith’s life-or-death encounter, here's the most amazing: Despite striking Smith three times in the head, once in the face, multiple times in the chest and both arms, the bullets did not damage any major organs or blood vessels.

“I remember thinking he needs to leave here and go the casino, because he's incredibly fortunate,” Stuke said.

Stuke pointed to an ex-ray of Smith’s chest, where a bullet remains left behind, too dicey to remove. He showed how if the bullet had hit an inch or two differently in any direction, it could have penetrated Smith’s heart, lung or aorta. In another stroke of amazing luck, none of Smith’s head wounds penetrated his skull.

Now almost completely back to normal, Smith points to the healed-over holes dotting his body, like a permanent road map of scars that track his ordeal.

Smith's most serious injury was a broken forearm that required a metal plate. He was released from the hospital after two days.

As he gets past the superficial reminders on the outside, Smith also embraces  profound changes on the inside.

“I knew my family loved me,” he said. “I just didn't know I was loved that much, like all the people that came to see me at the hospital.”

Smith's focus since the shooting has been to get back to his once-quiet life and to return to work at his two jobs. Despite his recent drama, he happily describes himself as “boring.” And he wants to keep it that way.

The only potential disruption looming ahead is if Brown decides to go to trial, something that may never happen given his full confession.

Smith has already put the gunman in his rear-view mirror.

Smith had one last visit to his orthopedic surgeon on Monday. WWL-TV was with him he got the good news: full medical clearance to return to his normal life. He fist-bumped his son and hugged his fiancée.

“I'm ready to go back to work,” he said, quietly rejoicing by clasping his hands together in triumph. “I'm just ready. I'm ready. I can work today.”

His fiancée, Danielle, was visibly relieved.

“I'm happy for myself,” he quietly responded.

Smith’s first phone call after leaving the hospital was to his boss. He returns to his job in the French Quarter next week.