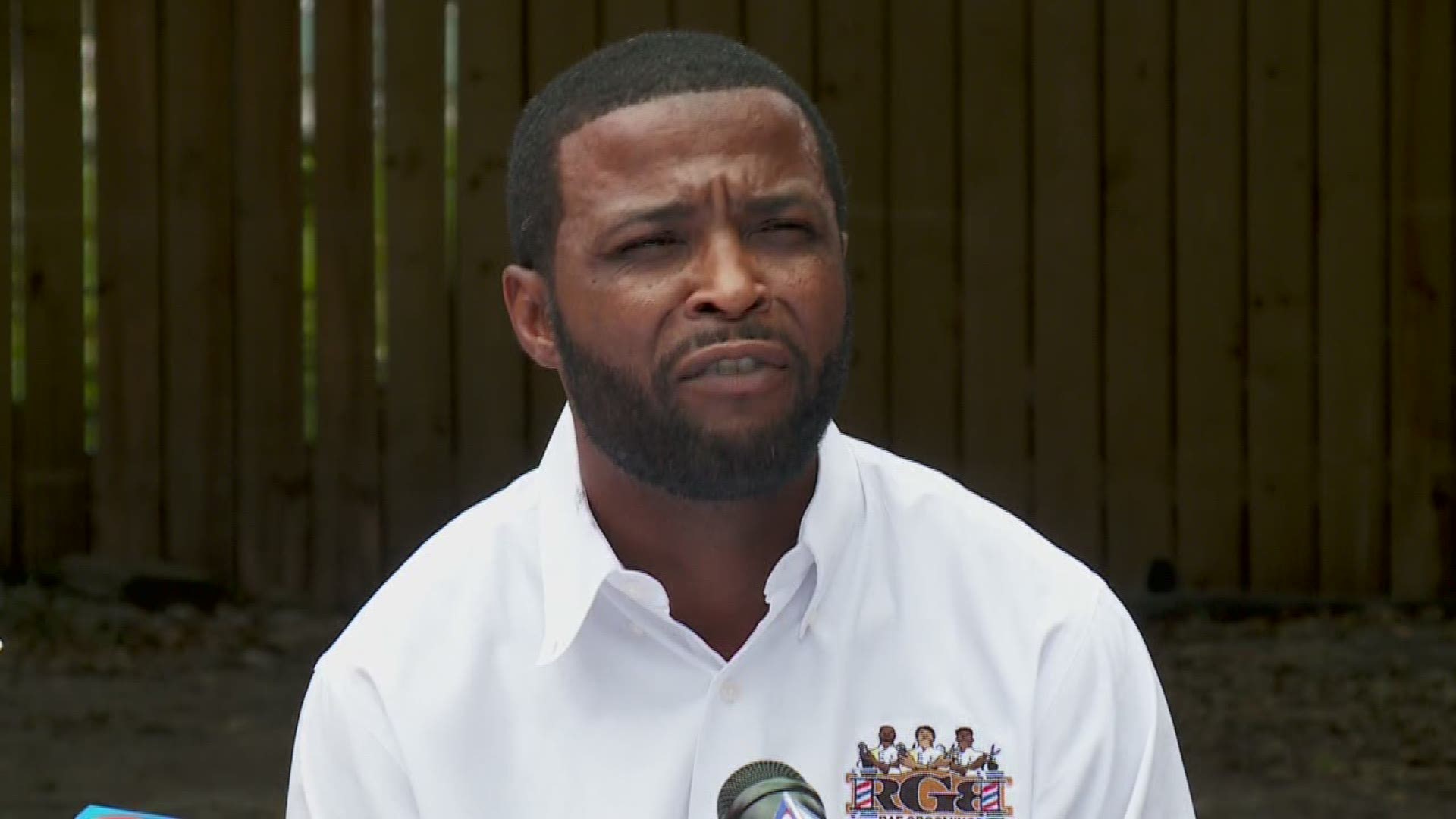 With hugs and kisses and a bottle of champagne, Jerome Morgan celebrated complete freedom Friday after two years of being re-prosecuted for a murder for which he was already cleared on appeal in 2014.

Morgan, 40, served 20 years in prison after being convicted of fatally shooting 16-year-old Clarence Landry at a party at a Howard Johnson’s motel ballroom. Morgan never wavered in his claims of innocence, and attorneys at the Innocence Project New Orleans ultimately got his conviction overturned.

The attorneys got recantations from two eyewitnesses who later testified that they were coerced by police to finger Morgan. Their recantations came after the IPNO attorneys found previously undisclosed evidence that showed it would have been nearly impossible for Morgan to commit the crime.

“I have a blessing in my heart because there are so many people I left behind who were in the same position I was, innocent.” Morgan said at a press briefing Friday afternoon at the IPNO office.

Morgan had already been free while awaiting a June 13 retrial, but was restricted for the past two years by, first, 24-hour house arrest, then, an electronic ankle monitor, curfew and travel limitations.

“It was a total waste.” Morgan said. “That time and money and energy and effort could be going toward somebody else that needs help.”

Cannizzaro sent a statement indicating that prosecutors are not convinced of Morgan's innocence. In the statement, Cannizzaro said he had no choice but to drop the case after the state Supreme Court ruled that he could not use the original trial testimony of the two witnesses who recanted, Hakim Shabazz and Kevin “Lucky” Johnson.

“In May of 2011 after meeting with attorneys from the Innocence Project, Shabazz signed an affidavit recanting his trial testimony. Johnson signed a similar affidavit a few months later,” Cannizzaro wrote. “I find it curious that in the 15 years that elapsed between their trial testimony and the execution of these affidavits that these witnesses did not suffer some crisis of conscience that caused them to alert the judicial officers of their duplicity.”

Cannizzaro went on the express remorse for the family of the victim.

“What is most disappointing to me about this entire incident,” Cannizzaro stated, “is that as Mrs. Landry lays in bed dying of cancer, the justice for which she worked so hard to obtain is ripped from her fingers and she is helpless to stop it.”

IPNO Director Emily Maw, who described the prosecution of Morgan a waste of taxpayer's money, blasted the DA's statement, saying prosecutors never talked to the family of the victim.

Prosecutors did not try to find an alternative suspect or turn the case over the cold case squad of the New Orleans Police Department. Instead, two high-ranking assistant district attorneys traveled to the Louisiana State Penitentiary at Angola in search of jailhouse snitches who might be willing to testify against Morgan.

They came back empty-handed.

The fatal shooting of 16-year-old Clarence Landry took place inside a ballroom at a Howard Johnson's hotel on Old Gentilly Road on May 22, 1993. According to police and court records, the killer fled, chased by another party-goer, Johnson.

Johnson returned after the gunman escaped by jumping over a wall, and he quickly found himself in the ballroom with other teenaged guests, locked inside by a security guard. Also confined to the room was Morgan, who was helping another wounded teenager.

Police responded within six minutes and took the names of everyone locked down. But documents that reveal the timeline showing the arrival of police was not turned over to Morgan's defense attorney at trial, allowing prosecutors to estimate that up to 45 minutes passed, enough time for the escaped killer to somehow return to the crime scene.

“The jury did not hear the evidence that makes it almost impossible for Mr. Morgan to have been the gunman who fled the scene,” Morgan’s attorneys wrote in his successful appeal.

The DA’s office did not address the timeline in their statement announcing the dismissal of the murder charge.

“All this litigation and resisting the just results of the court has distracted from resources that could have gone to re-investigating the case and actually bringing justice for the Landry family.”