“Nobody's going to be snooping around our porch. That's all I want.” 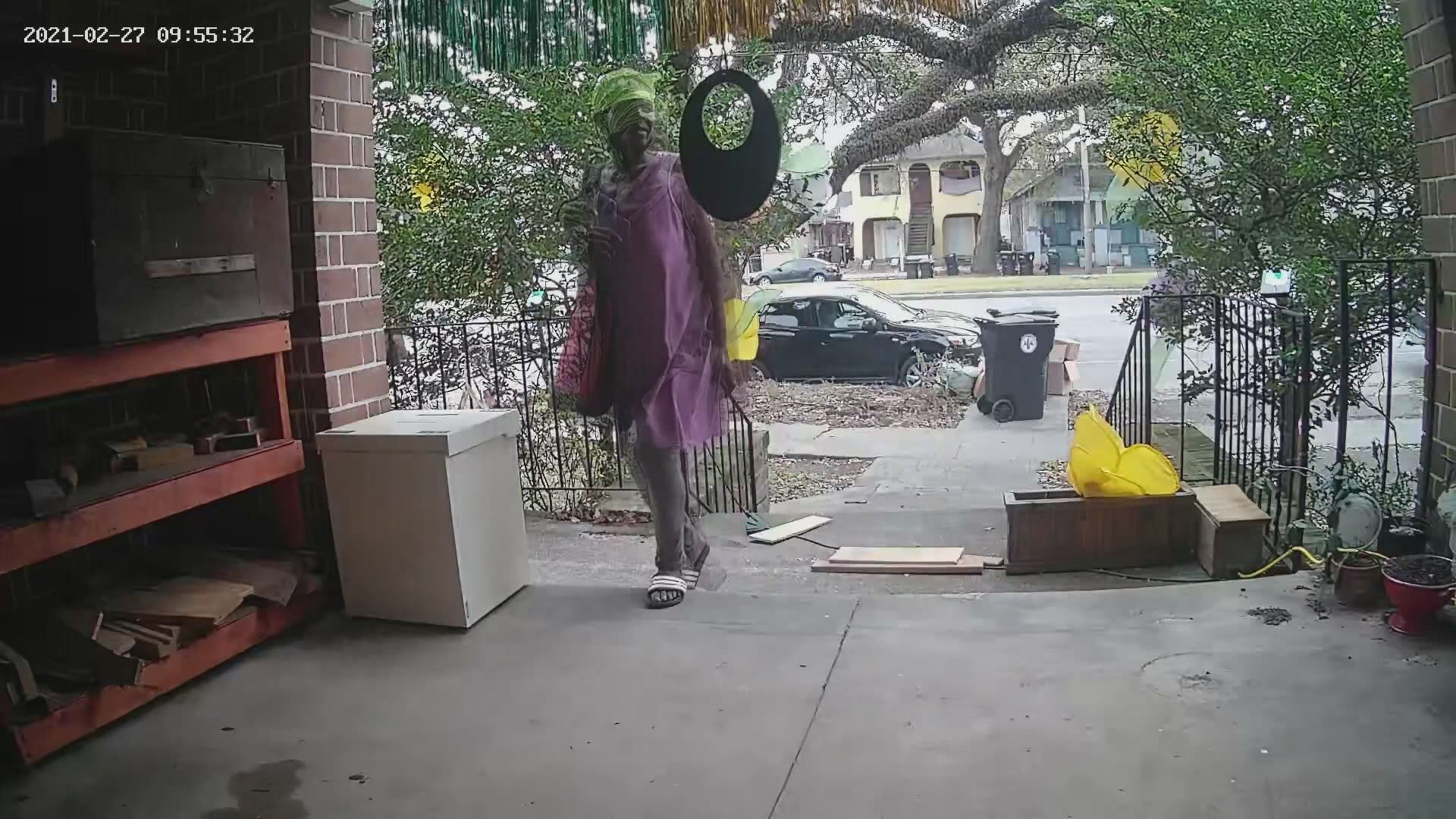 NEW ORLEANS — Throughout the Carnival season, people came by a festive house on Carrollton Avenue to see its elaborate and flowery house float decorations. But at night and other quiet times, Juho Niemela's house attracted an unwanted visitor.

“I was expecting a package and I noticed there was no package and started looking into my camera,” Niemela said.

Criminals snatching packages from porches has been a persistent problem in New Orleans. But Niemela caught his thief on video surveillance, not once, but several times.

The first couple of times going back to last November, the thief struck at night. His next-door neighbor got hit at about the same time, but under the cover of darkness, it was difficult to get a clear image of the thief.

But several weeks ago, Niemela caught crystal clear images of the crime in progress.

“I started suspecting that the person lives close by, so I set up the other camera over here for a better view,” he said.

Not only did Niemela set up a second camera, he had added a lock box for packages and a taped a notice on his door to delivery drivers to be aware of the pilfering.

When the thief struck again, Niemela recognized her. And from the surveillance video footage, he noticed the thief coming and going from this house across the street.

WWL-TV spoke to Niemela on Monday and watched the video.

“I'm surprised that people are so bold, that they just don't care,” he said.

That's when WWL-TV stepped in, and in the matter of hours, police took action. Within a few hours of being alerted by the TV station, officers took a report from Niemela.

“Yeah, a few hours later they were here. They got all the information,” he said. “They got the surveillance video, everything.”

The next day, Tuesday, they made an arrest.

The suspect was booked with municipal theft and trespassing. Additional information about the suspect was not available, but for Niemela, those details are less important than preventing her from striking again.

“I hope we're getting our packages on time from now on and they're not going to be disappearing,” he said. “Nobody's going to be snooping around our porch. That's all I want.”

So while Niemela may never get back his packages of pet supplies and his wife's cosmetics, he may get back something even more important: Peace of mind.