New Orleans 911 callers getting recorded message asking them to hold

The recorded message urges people experiencing a true emergency to hang on the line until it is answered. 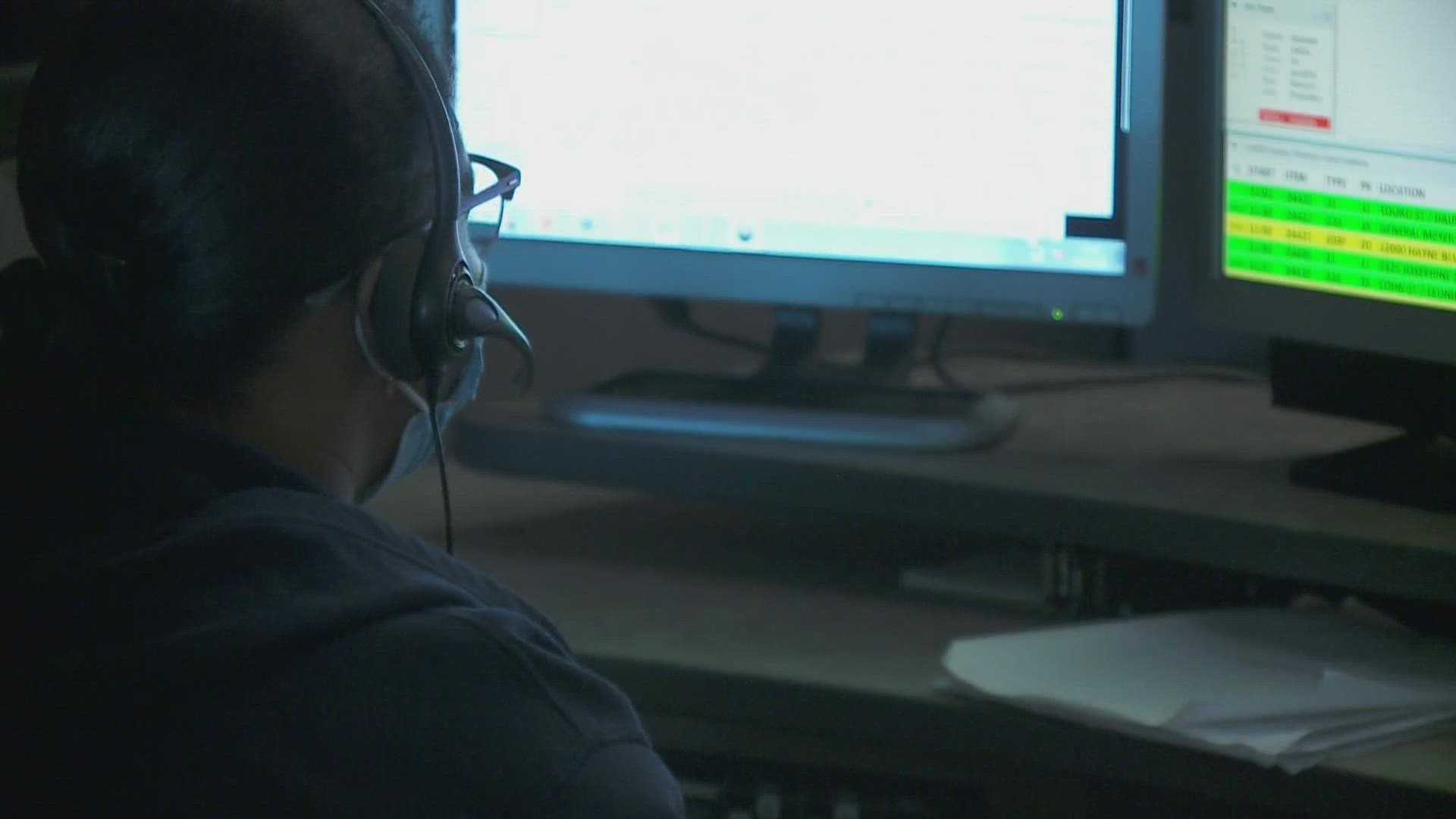 NEW ORLEANS — Local musician David Symons was walking home from a gig at about midnight Saturday when he tried to alert police to a possible crime in progress near Elysian Fields and Claiborne Avenue.

“I saw someone apparently breaking into a truck, so I called 9-1-1,” Symons said.

The answer he got was alarming. Instead of a person, he got a voice message.

“We are experiencing a high volume of calls and a call taker will answer your call at any moment,” the automated voice stated. “If you have a non-emergency request, hang up and dial 504-821-2222."

When moments became minutes, Symons said he followed the suggestion on the recording.

He called the other number, which is the New Orleans Police Department’s non-emergency line. But when he called that number, he was led to yet another voice message.

“It was the same story,” Symons said. “It was a recording and waiting on hold, so I eventually I decided to just let nature run its course.”

The Orleans Parish Communications District, which handles all 9-1-1 calls, acknowledged that this past weekend was especially busy and that some calls rolled over to the voice message.

The recorded message urges people experiencing a true emergency to hang on the line until it is answered.

That provided little comfort to Symons.

“I would not like to have a person in a life-or-death situation to wait on hold,” he said.

Kurt Danos had a similar experience earlier Saturday after witnessing a possible burglary in Mid-City. But he kept calling until he eventually reached an operator.

He said the person on the other line warned him that he may have to wait.

“There’s a high volume of calls. That they're very busy. And that they'll get a cop out here as soon as possible,” Danos recalled the operator saying.

OPCD Director Tyrell Morris acknowledged that a shortage of employees can lead to a backlog of calls at peak times, and this past weekend was one of those times.

In an emailed statement, Morris stated, “OPCD has seen a slowing of applicants for open call taker and dispatcher positions. OPCD has recently made adjustments to our recruitment process to streamline hiring of emergency communications specialists, and we look forward to welcoming our next cadre of recruits on October 18th.”

Morris also warned citizens to only call 9-1-1 for true emergencies and to avoid calling back repeatedly.

“Hanging up and calling back only delays the answering of a call for emergency services, and requesting callers to do so would go against OPCD standards and industry best practices,” Morris wrote. “The pre-recorded message does instruct those calling about non-emergency assistance to call non-emergency numbers in order to free up emergency phone lines, allowing OPCD call takers to more quickly receive and manage calls for life-threatening emergencies.”