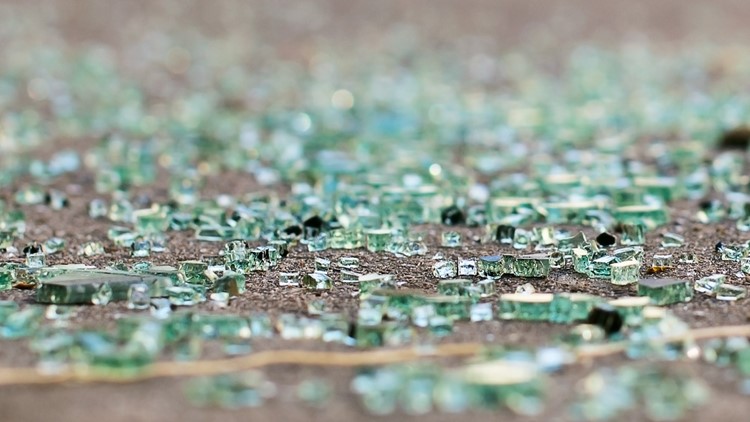 NEW ORLEANS — The U.S. Attorney’s office indicted five people Thursday, accusing them of staging an accident by intentionally colliding with an 18-wheeler on Chef Menteur Highway in 2017.

While insurance fraud connected to accidents has long been on authorities’ radar in the New Orleans area, Thursday’s federal indictment goes beyond previous “staged accident” cases by referring to an attorney as being involved in the alleged conspiracy.

A New Orleans man, Damian Labeaud, is portrayed as the ringleader in the alleged plot. Four other people – Lucinda Thomas, Mary Wade, Judy Williams and Dashontae Young – allegedly drove in from Houma and met with Labeaud and “agreed to stage an automobile accident in order to obtain money through fraud.”

Labeaud, a plaintiff in multiple earlier truck accidents, is accused of driving Thomas’ Chevrolet Avalanche into an 18-wheel truck on Chef Menteur near Downman Road.

“It was further part of the scheme and artifice to defraud that Labeaud exited Thomas’ Avalanche after the collision and told Thomas to get behind the wheel of the Avalanche,” the 10-page indictment states.

Labeaud is listed in an NOPD report as a witness to the accident, claiming in the report that the tractor-trailer driver was at fault.

But later on the day of the accident, an accident attorney allegedly paid Labeaud, long before any lawsuit was filed in the case.

“It was further part of the scheme and artifice to defraud that Attorney A paid Labeaud $7,500 on the day of the staged accident,” the indictment states.

The unnamed attorney is not charged in the indictment, but Labeaud and the other defendants are charged with conspiracy and five counts of wire fraud.

In the weeks after the accident, according to the indictment, Wade, Williams and Thomas “were purportedly treated by doctors who are known to the Grand Jury at the direction of Attorney A.”

As part of the scheme, Thomas had neck surgery “because Attorney A told her she would get more money through the lawsuit if she had the surgery.”

Months later, the attorney filed a lawsuit in Orleans Parish Civil District Court, a suit that ultimately was settled on June 7, 2019. In the settlement, Thomas, Wade and Williams each was given a settlement check of $7,500, the basis for three of the wire fraud charges.

Another wire fraud charge involves the payment of $20,000 from the Tennessee company that owned the 18-wheeler directly into the account of Attorney A.

The indictment was foreshadowed by the fact that several other truck accident lawsuits were halted recently by multiple federal judges due to “an ongoing criminal investigation.”

No court date has been set in the case.