New Orleans is more than 500 police officers short of its longstanding goal of 1,600. 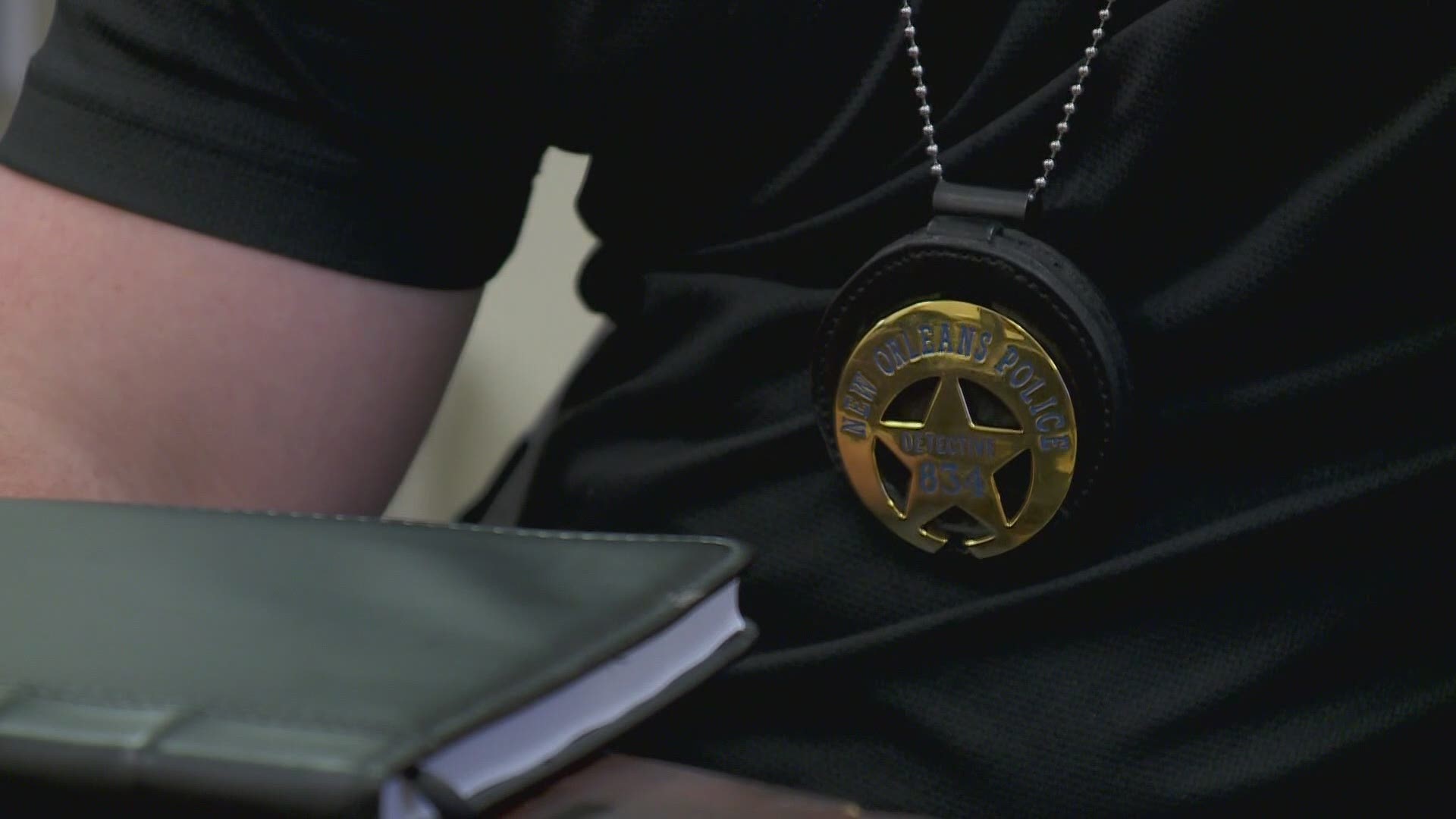 Car burglaries are rampant throughout New Orleans, with thieves getting younger, better organized, and more heavily armed. On the more violent end of the crime spectrum, murders and non-fatal shootings also have spiked.

The city’s sense of security has been shaken. A recent survey by the Crime Coalition showed that the percentage of residents who feel safe dropped from 57 percent last year to 35 percent this year.

“They want to feel safe in their neighborhood, in their community, and in the city,” New Orleans Police and Justice President Melanie Talia said. “And right now they don't.”

The city has dealt with crime surges in the past, but this time the problem is compounded. At the same time crime has citizens on edge, police find themselves too under-staffed to make a serious dent.

Talia was blunt: “We need more officers to fix the situation.”

How bad is it? The daily lineup for a June 24 shift in the 8th District – which includes the French Quarter – shows the platoon was down to two officers, forcing two more officers to be pulled from a separate Bourbon Street assignment to join them.

PANO President Capt. Michael Glasser has been sounding the alarm on dwindling troop strength for months.

“Absolutely we're in a staffing crisis,” Glasser said. “We have a catastrophic shortfall.”

Since the beginning of 2020, the number of officers hired compared to those who left shows a trend going in the wrong direction. Records from the NOPD and Civil Service show 58 officers added last year, while 96 left, a net loss of 38 officers.

The situation has grown worse this year, with 27 recruits hired, but 78 out the door, a loss of 51. That puts the force at about 1,100, with more than 100 at any one time on desk duty, out sick, in the academy or on military leave. That leaves the city more than 500 officers short of its longstanding goal of 1,600.

“It was 1,200 before all the pandemic stuff hit and it has gone down since then,” said Donovan Livaccari, attorney for the Fraternal Order of Police.

In June alone, the department lost 14 of its most seasoned veteran officers to retirement in the span of a couple of weeks, a loss of more than 400 years of combined experience.

Civil Service records obtained exclusively by WWL-TV show another alarming trend: Throughout the past 18 months, dozens of the officers who have left have less than six years on the force, many citing “better job” or “dissatisfaction” as the reason in their exit forms. That's alarming not just because of the number of officers lost, but because each one represents the loss of a fresh investment by the city of more than $60,000 for their hiring and training.

WWL-TV tracked down some of those officers who left and found that many did not leave law enforcement. They just took their NOPD training and went to work as cops in neighboring parishes.

Many of those officers now patrolling in Jefferson or St. Tammany Parish gave very specific reasons for leaving: a combination of the burdens of the NOPD's consent decree and what they view as overzealous disciplinary action. The federal consent decree was welcomed by the city in 2012 to bring the department up to Constitutional standards after years of complaints of brutality and other misconduct, but after nearly a decade, many officers feel it has gone too far and puts constraints on crime-fighting.

“After a while, people want to go someplace where they don't have to deal with that,” Glasser said. “And who can blame them for doing that?”

Officers say the consent decree has made it difficult to use basic tactics like car chases or pat-downs underneath a suspect's clothing, while stepped up discipline for seemingly minor issues has officers less inclined go after suspects.

“People not being interested in engaging in pro-active police work because doing so is more often a problem than it is a solution,” Livaccari said. “Every little thing has the possibility of turning into a big ordeal.”

“What's the incentive to do this job,” Glasser asked, “especially in light of the fact that everyone is just waiting for an opportunity for you to make a misstep?”

Talia, whose non-profit organization stages ad campaigns and recruits officers from around the country, says applications to the NOPD are down so far this year. That’s in line with most other big city police departments in light of the “Defund Police” protests in the wake of George Floyd’s murder under the knee of a Minneapolis cop, Derek Chauvin.

Talia is candid about frustration expressed by officers who have left.

“Let's provide the officers with what we promised them when they decided to join NOPD,” she said.

The department graduated 14 new officers Friday. The academy class started with 27 recruits in December, but the ones who made it are a very welcome addition to the force, and to anyone who lives and works in the city.

We made several requests for an interview with NOPD Superintendent Shaun Ferguson for this story, but we have not heard back.

RELATED: What effect has the Chauvin verdict had on police recruiting? 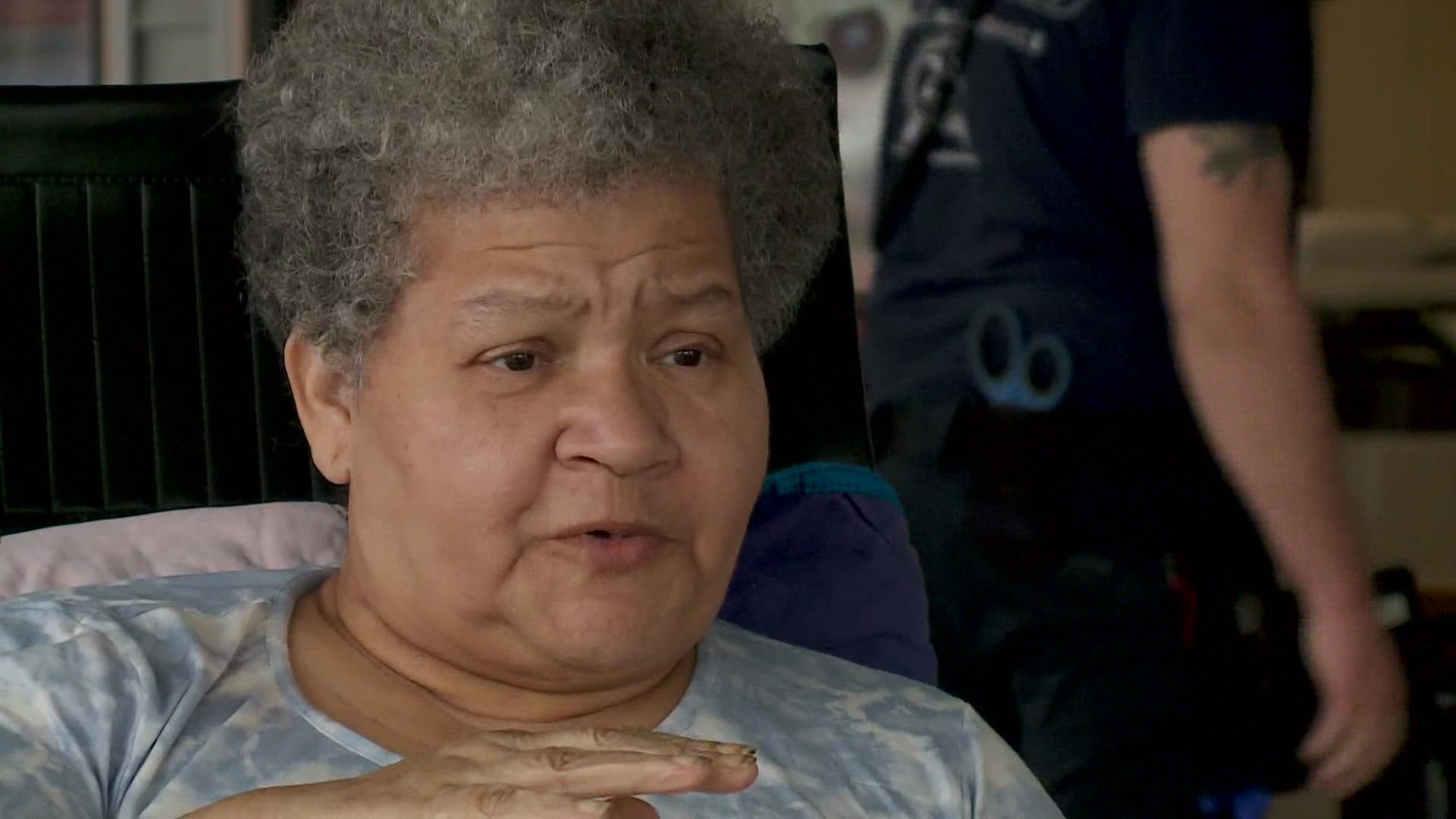