Some bus drivers got COVID hazard pay, sick time. Others got t-shirts 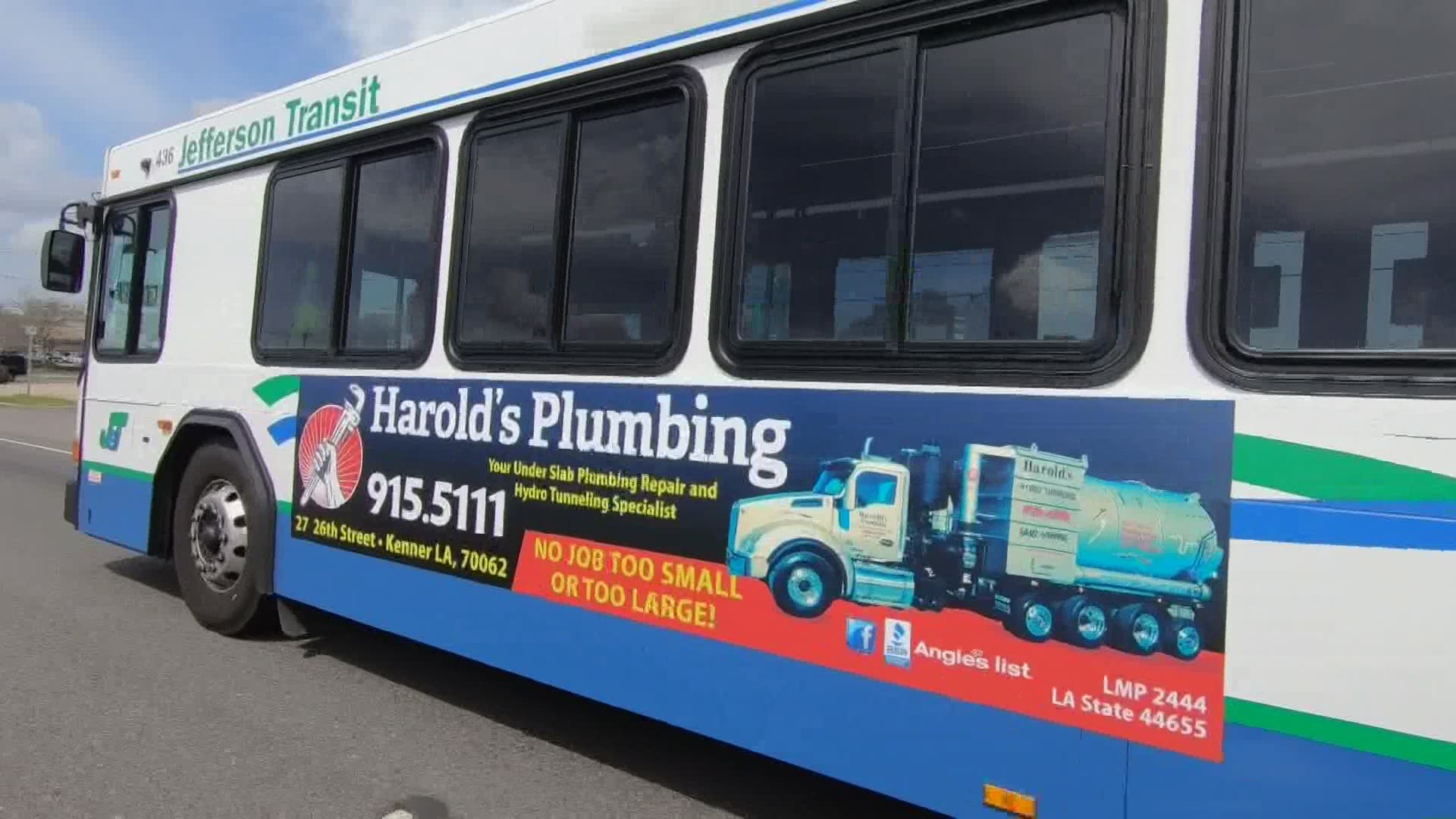 But when coronavirus turned Thomas into an essential worker on the front lines of a deadly pandemic, the dynamics changed.

As an essential service, buses had to roll, even in the face of the deadly and highly contagious virus. Going to work as a bus driver meant putting on layers of PPE. Getting off meant sanitizing before joining family. Even then, dozens of drivers got sick. In New Orleans, three RTA workers died of COVID-19.

“The people had to get from point A to point B,” Thomas said. “The majority of the people are transit-dependent, so they need us. So I had to get up and roll out every day.”

The drivers were recognized as heroic, and provisions in the federal CARES Act passed by Congress in late March included relief money for cities to shore up transit systems. RTA received $43 million compared to just over $3 million for the much smaller Jefferson Transit.

But when decisions were made at the local level on how to spend the money, Jefferson and Orleans took different routes. The RTA earmarked about $1.8 million for front line-workers for hazard pay and extra sick leave. Jefferson Transit: zero.

“They were reluctant to give us the money. They were pacifying us. To me, it was very disrespectful,” Jefferson said.

After back-and-forth discussions, on the eve of a drivers’ protest in July, the RTA announced $2,000 in hazard pay for drivers, plus extra days for COVID-related sick leave. Even with that amount, the union said more than 30 RTA employees decided to quit or retire.

In Jefferson Parish, drivers also were celebrated as heroes. The agency, Jefferson Transit, proudly handed out t-shirts printed with “Heroes” across the front. But unlike their counterparts in New Orleans, drivers received no direct CARES Act money.

Jefferson Transit documents show that money went toward cleaning supplies, PPE and mechanical equipment, but not for hazard pay or extra sick time.

“I was pretty much shocked,” said Carlos Westley, president of the transit union in Jefferson, ATU Local 1535. “Like you said, our neighbors received the same thing that we deserve and we didn't get it. So I was actually shocked.”

For Arnold Thomas Sr, the snub led to a premature end to a long career. He retired at the end of June.

“It took a toll,” he said. “And I probably would have stayed if they had showed they cared more. But they didn't show that.”

The difference in how drivers were treated in Jefferson compared to New Orleans made him even more disappointed.

“That was heart-wrenching,” Arnold said. “We're right down the street from each other. A parish apart. They got theirs, y'all got ours, but we can't get it. Why?”

Workers at both agencies are represented by different chapters of the same union and, at the time, were managed by the private same company, Transdev. Since the beginning of the year, RTA has taken back management of its own operations.

“My initial reaction is shock,” said Tracy Riley, president of the West Bank chapter of the NAACP. “It is a pretty sad commentary on how the management values its employees.”

As president of Amalgamated Transit Union Local 1535 in Jefferson, Westley said he went to the Jefferson Parish transit director to complain. He said the conversation was brief.

“That's when I called the transportation director,” he said. “And she told me, don't call her with that. Don't bother her with that.”

In an emailed statement, Sheng wrote, in part, “Our focus during this time has been to make sure every Jefferson Parish employee maintains their job. We made major budget cuts to ensure financial security so that we did not have to reduce hours, cut contracts or furlough any workers due to COVID.”