“Our rates are as high as they are for a reason ... and that reason is not that Louisiana truck are less safe than anywhere else." 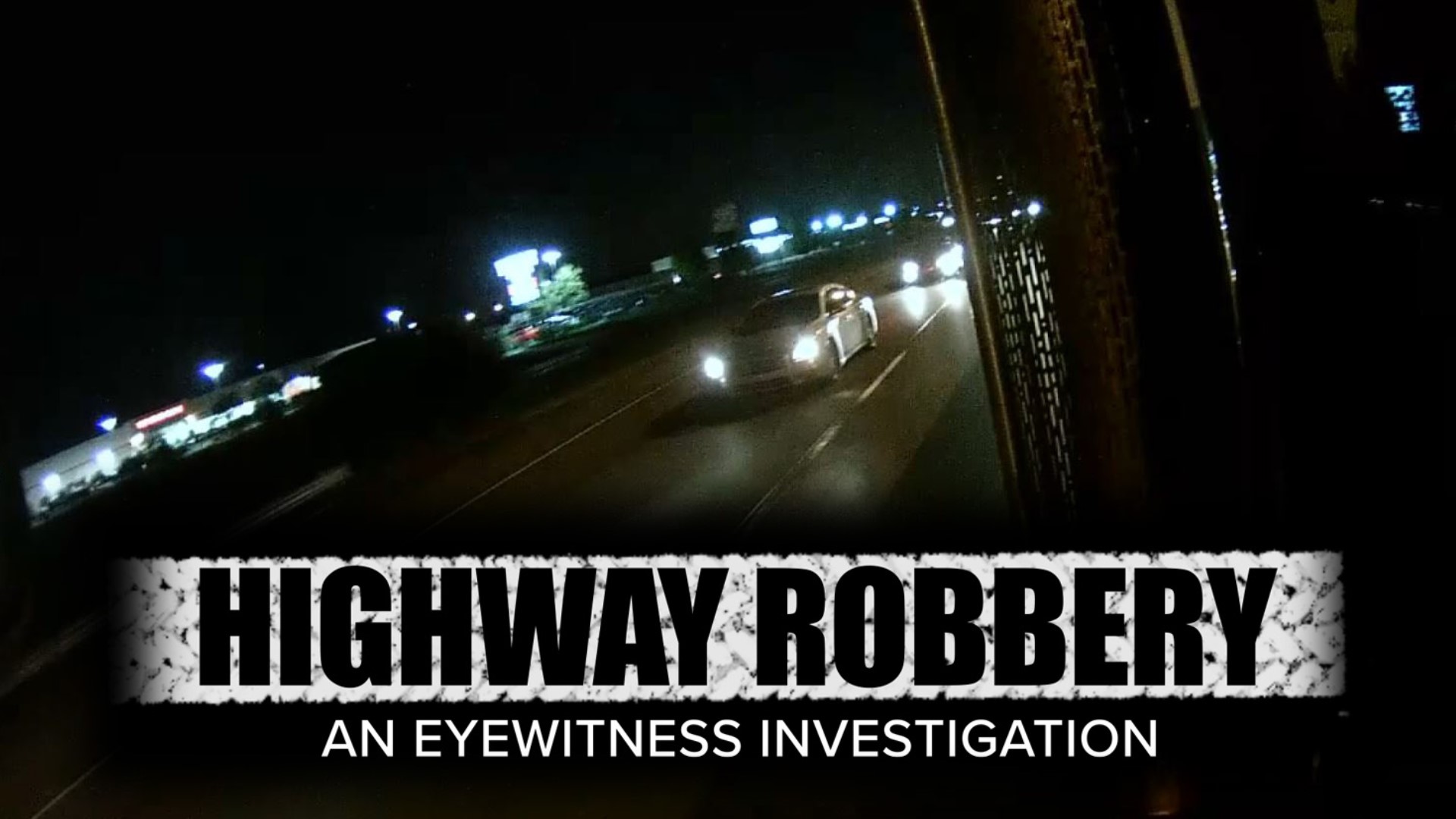 Five people were indicted last month in a federal fraud case, accused of  “staging” an accident with an 18-wheeler in New Orleans East.

It was a breakthrough case, but the trucking industry believes authorities have just scratched the surface of a loosely organized group of local con artists who have plagued them for years.

The U.S. Attorney’s office accused the defendants of plotting the accident in advance, intentionally side-swiping a freight truck, then filing a lawsuit claiming injuries.

“I really think that we're only hitting the tip of the iceberg,” said Randy Guilliot, owner of Triple G Express Trucking.

Guilliot said his company has been fighting an uphill battle against people who either intentionally cause accidents or fake them altogether, filing lawsuits for wrecks or injuries that never happened.

“I think there's a lot more to come on all this kind of information concerning the fraudulent activity here in New Orleans,” Guilliot said.

He said the scam is so common, it’s become a cottage industry in New Orleans.

"Make no mistake, it is an industry,” Guilliot said. “And right now trucking is right square in its cross-hairs.”

PART ONE: This scam is costing you $600 per year in Louisiana 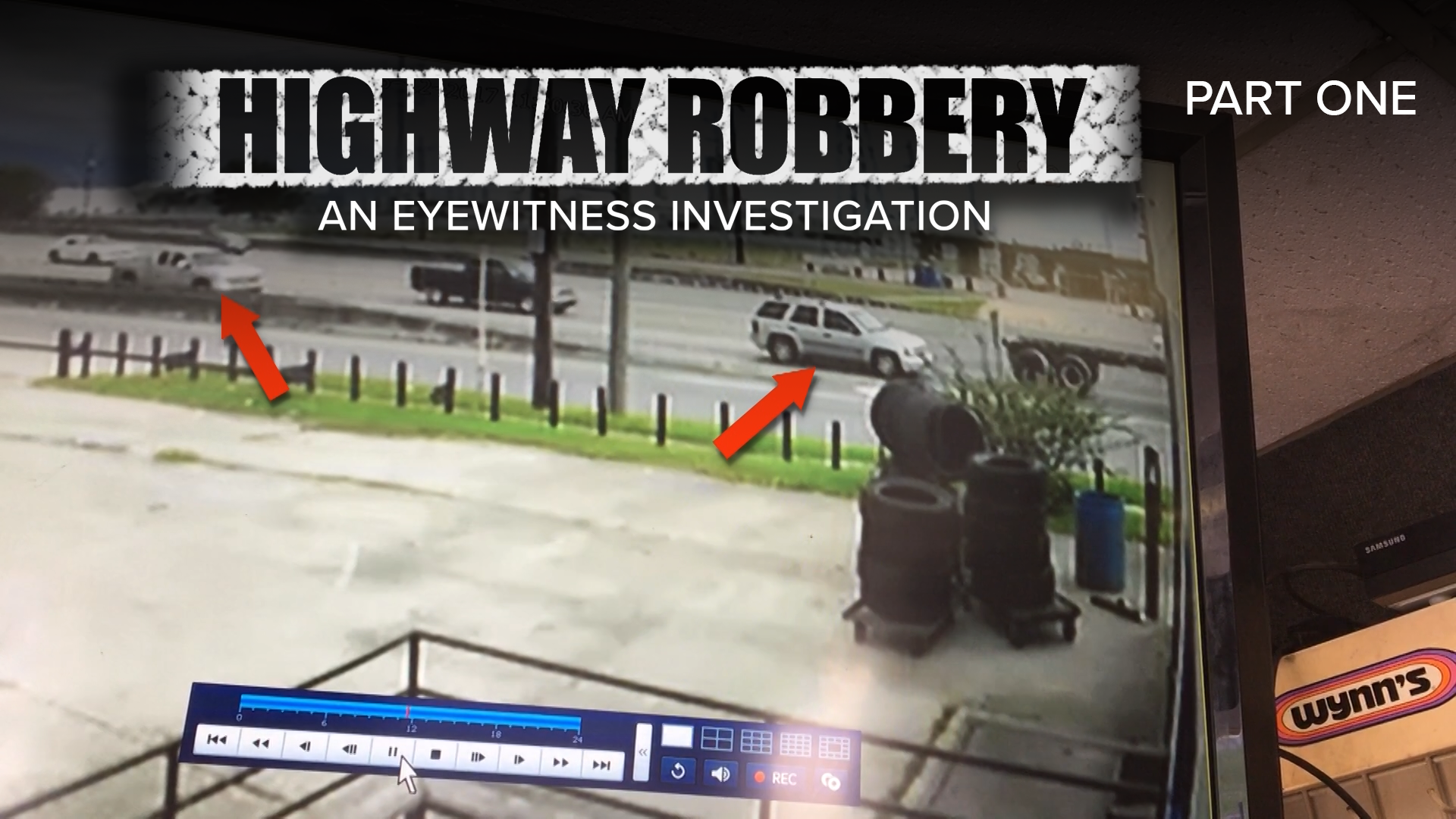 For years, truck companies and their insurers paid off suspicious lawsuits because settling is usually cheaper than going to trial. State Insurance Commissioner Jim Donelon said even when insurance company defense attorneys have solid evidence of fraud, prevailing in court is challenging.

“Insurers just pay people the $15,000 just to go away, because of the cost of defense and this ‘soft tissue industry,’ as I call it,” Donelon said.

Guilliot and others, inside and outside the industry, hope the ongoing FBI investigation changes all that.

In the indictment handed up Oct. 24, four people from Houma are charged with plotting a collision with a truck on Chef Menteur Highway. Three of the passengers sued, claiming they were injured and it was the truck driver’s fault. They later collected settlements, transactions that are now the basis for five counts of wire fraud.

“You don't ever have one person in the car for these frauds. There's three or four people,” said trucking industry defense attorney Doug Williams.

A fifth defendant, Damian Labeaud, is accused of orchestrating the accident.

The attorney who filed the lawsuit, Daniel Patrick Keating, is referred to in the indictment as ‘Attorney A.’ The indictment accuses him of paying Labeaud at a meeting shortly after the accident.

In the civil lawsuit Keating filed in the case, he revealed by defense attorneys as being on the phone with Labeaud shortly before and after the accident. WWL-TV confirmed that the phone number listed for Keating is, in fact, his cell phone.

Chance McNeely, director of the Louisiana Motor Transport Association, said the revelations in the indictment were not surprising.

He said his industry is in a constant battle with dubious accident claims, a big factor in making regular Louisiana auto insurance, as well as trucking industry insurance, four to five times higher than the national average.

“Our rates are as high as they are for a reason,” McNeely said, “and that reason is not that Louisiana truck are less safe than anywhere else.’

“Either Louisiana citizens are genetically inferior than other people in the United States, or they have a pre-disposition to fake injury in auto accidents.”

In one accident case from 2015, for example, four people sued after claiming to be hit by a truck turning into the Big Easy Truck Stop on Old Gentilly Road.

The police accident report shows that the driver and three passengers claimed no injuries. The officer cited only minor damage to the car, and not even a scratch on the truck. He also cited the driver of the car with two tickets and arrested her.

But when a lawsuit was filed by the driver and her passengers nine months later, they claimed “severe and disabling injuries.”

“Either Louisiana citizens are genetically inferior than other people in the United States, or they have a pre-disposition to fake injury in auto accidents,” McNeely said.

Defense attorneys in the lawsuit tried to show that the plaintiffs, along with their friends and relatives, had previously filed a series of truck accident lawsuits at the exact same location. The two accident law firms who handled the case – the King Firm and Arnona Rose Law Firm – had filed many of those nearly identical suits.

As the case approached a trial date, attorneys for the trucking company asked for permission to show their evidence at trial. Orleans Parish Civil District Court Judge Piper Griffin denied their request, ruling that fraud claims had to be presented in a separate trial to avoid tainting the jury.

“We have certainly expected and thought that there were cases of fraud, but it's much more difficult to prove that, especially in a court environment that favors the plaintiff,” McNeely said.

The Arnona Rose firm did not returns calls from WWL-TV. But the King Firm strongly defended its track record.

“The King Firm fights for Justice in all cases,” the firm wrote in a prepared statement. “The King Firm has successfully handled thousands of injury cases. All cases are investigated and all clients sign a verification that the facts are true and correct and that the accident did in fact happen.”

“In the rare circumstances where fraud has been alleged against the plaintiffs, the King Firm takes immediate action to interview all potential witnesses and hire outside fraud investigators to determine if that case is fraud,” the statement continued. “Importantly, the King Firm is not and never has been involved in the case currently under indictment or any case that has been stayed by the Federal Court. The very purpose of the King Firm’s practice is and has been to successfully help injured people that are involved in legitimate accidents..”

McNeely said 18-wheelers are targeted because they are required to carry a minimum of $1 million in insurance.

“It also can be a cash cow for someone who is willing to go and try to create an accident,” he said.

The scam has been so lucrative, McNeely said, many of the same plaintiffs keep popping up in one accident lawsuit after another, with a cluster of them from accidents in eastern New Orleans.

Truckers were the first to notice the pattern.

“Are y'all seeing the same thing we're seeing, which we believe to be fraudulent activity?” Guilliot said truck drivers asked each other. “All of a sudden, it was like, hey, New Orleans East.”

Take Damian Labeaud. He has never been convicted of insurance fraud, but prior to being pegged as the ringleader in last month’s indictment, he collected settlements in five similar lawsuits. Relatives and associates have collected in similar claims.

“The cost is about $600 per family, per year for insurance fraud.”

Defense attorneys began fighting back about five years ago.

“The insurance companies and their lawyers started seeing so many similarities, that they started cross-referencing,” Foret said.

Even as cases were flagged as suspicious, settlements were being paid. Insurance companies simply passed on the costs by raising rates for all Louisiana drivers, helping push the rates to the second highest in the country.

“The cost is about $600 per family, per year for insurance fraud,” Donelon said.

Even in settled suits, though, evidence has quietly been used by authorities to investigate insurance fraud.

In an unprecedented development over the past few months, eight different truck accident lawsuits have been halted by federal judges due to “ongoing criminal investigations.”

Donelon said he hopes the stayed cases, coupled with the indictment and ongoing grand jury probe, are catalysts for change.

He said state authorities are joining the crackdown. In May, state troopers made a case in New Orleans against seven people for insurance fraud, accusing them of staging an accident using a rented U-Haul truck.

One of those defendants has already pleaded guilty. Another defendant, Jasmine Howard, is one of three plaintiffs in an earlier and unrelated truck accident claim from 2017.

The location of that alleged truck accident: I-10 in eastern New Orleans. Her attorneys: the King Law Firm.